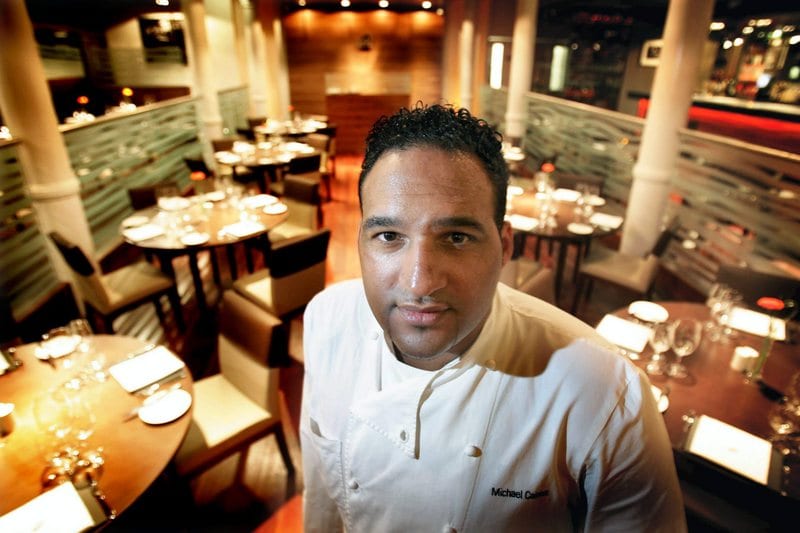 In 2008 ABode Manchester first opened its doors to the public, promising to bring some of Michael’s finest two-Michelin star cuisine to Manchester.

“…Michael Caines Restaurant has established itself as one of the finest restaurants in the city.”

Five years on and ABode is proud to boast not one but two restaurants within an hotel that has won multiple awards itself. Café Bar & Grill by Michael Caines is renowned for great, casual dining, whilst the Michael Caines Restaurant has established itself as one of the finest restaurants in the city.

The jewel in the crown of Abode Manchester, and winner of multiple ‘Restaurant of the Year’ and ‘Chef of the Year’ awards, Michael Caines Restaurant Manchester is therefore thrilled to announce the fifth birthday celebrations.

A collection of some of the finest dishes from five years in Manchester,

hand-picked by Michael himself, and offered to valued guests at a special price.

AN EVENING WITH MICHAEL CAINES

A chance to meet the man himself, whilst enjoying exquisite cuisine from the two Michelin starred chef. £90 per person

Join Michael to celebrate the launch of his new book ‘Michael Caines At Home’.

Champagne on arrival followed by a four course dinner

showcasing the suppliers behind the recipes.