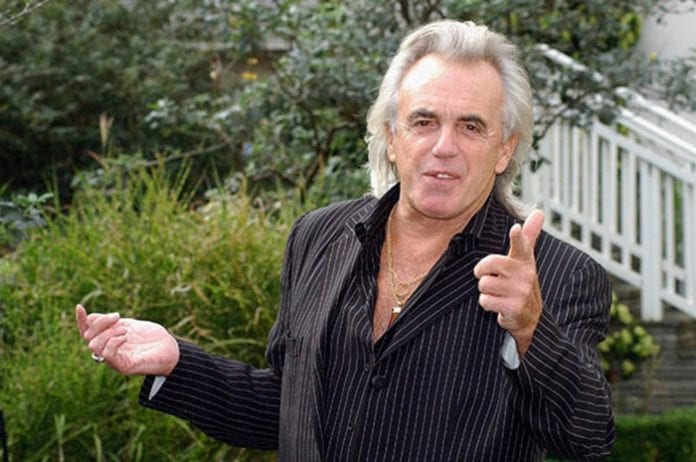 The phone would ring at around 11pm. The invitation would come – one that would be impossible to refuse. Then I’d shout upstairs to my wife:

“But I’ve just taken my make-up off.”

“Then slap it back on again. We’re going for dinner at the Millionaire. Peter Stringfellow has just told me that Miss World is in. So is George Best.”

So off out we’d go to a Manchester night club like no other to be greeted by Stringfellow himself who would usher us to a table in luxury booth to be served champagne and some of the best food on offer in the city at the time, by waitresses in leopard skin leotards, fishnets and killer heels.

It was a regular happenstance after I had interviewed Peter days after he opened the Millionaire Club in a basement at the back of what was then Lewis’s department store (now Primark) in 1976.

A shameless and highly ambitious self-publicist, but passionate about what he was doing, likeable and generous to a fault, we got on like a house on fire after comparing our modest backgrounds – mine in Manchester, his in Sheffield.

It was typical of him to attribute the start of his success in the night club business (he’d sold Cinderella Rockafella’s in Leeds to Mecca before coming to Manchester) to a “mistake” – being sentenced as a 20-year-old in 1960 to eight months in jail for selling stolen carpets and finding it difficult to find employment afterwards. So he went into business for himself.

It was a modest start, renting a church hall in Sheffield and booking bands to gig on Friday nights. But his timing was impeccable. Within a year he’d booked the Beatles and his career took off.

The ensuing years saw his clubs host some of the biggest pop and rock artists of the 1960s. In 1970 he moved to Leeds, dabbled with cabaret for a short time, then concentrated on hiring well-known DJs.

Again his timing was superb. The Millionaire opened on the crest of the disco wave and Chic’s Le Freak always seemed to be playing when we went in. The club was an oasis of outrageous bling in pretty grim times, not only for Manchester but the whole country.

The year that the Millionaire opened in all its glitzy glory was the same year that Labour Chancellor Denis Healey went cap in hand to the International Monetary Fund to bail out the country. But none of that mattered amid the strobe lights, the chrome and leather, the bubbly and the sashaying girls. The place was a magnet for celebrities and Stringfellow certainly know how to keep them happy.

One day my wife and I were driving down our avenue in Cheadle Hulme and a small dog darted into the road from the drive of one of the swisher houses. It was gathered up safely by none other than Peter Stringfellow. We were on our way to Haydock Park as guests at the running of the Gus Demmy Handicap Stakes. A short time later we were joined by Peter and his then second wife, Coral. So we were neighbours and a dinner party invitation soon followed.

The fine Edwardian house was a mere 200 yards from our own. The other guests were a former Miss United Kingdom, the owner of one of Manchester’s top dollar car dealerships and a Tarot card reader, who looked like John Wayne in drag, called The Great Omar. He predicted that my wife would give birth to a daughter (eventually) and that I would write a book (ditto).

Right from the start, Peter had made no secret of the fact that his aim was to become “The King of Clubs” and was fired by ambition to open in London, then in America. He longed to create his own version of New York’s notorious Studio 54.

The first step to doing just that came in 1980 when he sold the Millionaire Club to Granada and moved with his whole family to London where he opened Stringfellows in Covent Garden. It was an immediate success where celebrities, international film stars, TV personalities, rock stars, models, paparazzi and national newspaper journalists partied for the next 15 years.

We had been asked to the opening but had been out of the country at the time. But in 1984 we had an invitation to Roger Waters and Eric Clapton’s concert at Earls Court and resolved to go to Stringfellows later.

I rang ahead because I’d read stories about the doormen being very choosy about who to admit. Peter was away in Miami negotiating the opening of his club there, but we had dinner with Coral, by that time on the brink of divorce but still running the club. Afterwards she took us over to “the world’s greatest disco”, The Hippodrome, opened by Peter in 1983 after he’d taken over the old cabaret club, the Talk of the Town.

We met him once more – at a Manchester Evening News Christmas party in around 2001 by which time his American adventure had hit the rocks in Beverley Hills and he had become associated with controversial lap-dancing venues in Soho.

But he was the same old Peter – gushing, enthusiastic, absolutely no side. Bear hugs all round.

Life would have been far duller without him. 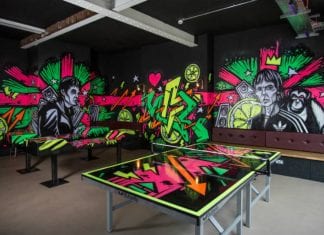