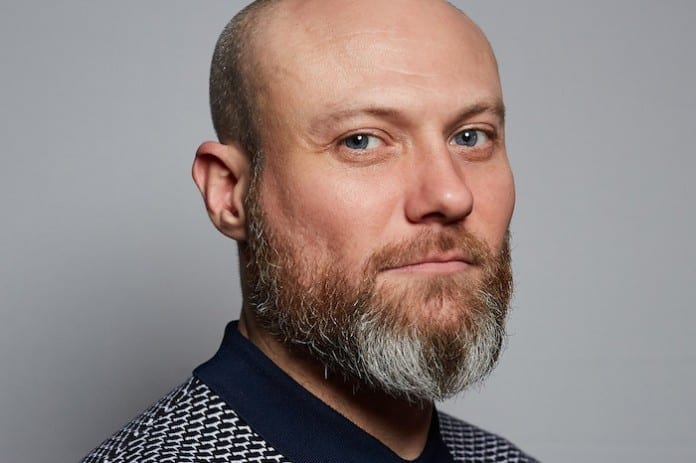 Moston, Manchester, 1992. Christian Dibmore is a working-class 15-year-old who’s got it all as the newest child star in the nation’s favourite soap. But Christian has a secret that’s soon to be on the front page of every tabloid.

If the plot sounds familiar, it’s because playwright Chris Hoyle based the storyline of The Newspaper Boy on his own experiences as a child actor playing the part of Mark Redman (Mike Baldwin’s son) in Coronation Street from 1992 to 1994 – a contract that was cut short after the 15-year-old star was caught in possession of cannabis.

After a successful production back in 2009, Chris’s semi-autobiographical coming-of-age play returns this February as part of Queer Contact 2018.

“Although I was never ‘outed’ as gay by the media like Christian is in the play, I was enjoying the same party lifestyle on the Manchester gay scene,” says Chris.

“I wanted to write about that time in my life and in history through The Newspaper Boy, not only as a cautionary tale of losing everything before you even knew you had it, but also to highlight the homophobia of both the press and the law in the early 1990s, when the age of consent was still 21 for gay men.”

Chris started acting at just ten years old, getting his first role in the Dairylea TV advert which spawned the schoolyard catchphrase “would you give Veronica Dribblethwaite a kiss?”

Two years later, he joined Coronation Street as Mark Redman, and found his life transformed by the instant fame.

“In a really short space of time, my life completely changed,” says Chris.

“Me and my family didn’t know how to handle it. People don’t realise how much Coronation Street actors are really recognisable, because you see them every day. A movie star could walk through the Arndale and no one would know. But people feel like they know Corrie actors.”

Becoming a celebrity overnight was disorienting for the young schoolboy.

“Obviously, it goes to your head,” admits Chris. “I went from being a shy lad to having a bit of confidence. I’d never got a Valentine’s card in my life, and the year I was in Corrie I suddenly got loads in the post from fans.” He pauses. “And then when I was sacked from the show two years later, I didn’t get any. And I haven’t ever since,” he laughs.

Chris was enjoying the fame and the sudden influx of money until he got caught in possession of drugs (“a tiny amount,” he stresses) and made national headlines – an episode he describes as a “turning point.”

“From my family‘s point of view, it was the proudest thing for a working class family, their son being on Corrie,” he says. “And then suddenly I was on the front page of The Sun. It escalated into something that now I can laugh about, but at the time it really wasn’t funny.

“And then I got taken off my contract at Coronation Street. I was devastated. It was a lot to handle. And it was difficult at the time to shake off the drugs thing. People used to shout things at me walking down the street. It went on for years.”

Following the shock of being written out of the soap, and still with a lot of money in his bank account, Chris started exploring Manchester’s 90s nightlife and gay scene.

“As soon as I was sacked from Corrie I was like, right, stick two fingers up to the world,” he says. “I didn’t need to hide anything. I was out round the gay village and the Hacienda.”

Back then, Chris didn’t appreciate quite how ground-breaking Manchester’s gay village was.

“I didn’t realise how revolutionary it was at that time, in 1993 and 1994. Manto had opened in 1992, and was the first glass-fronted gay bar. It was such a move forward. 1992 was when it all changed, and the age of consent was lowered.

“Most of the gay clubs before that were hidden away. It was a very underground scene. In Manto you could actually see through the glass windows. I just rocked up and thought it was brilliant. It’s only as I’ve got older and into LGBT heritage that I look back and see how ground-breaking it was.”

Chris also fell in love with that other bastion of 90s Manchester nightlife, the Hacienda, and has incorporated his experiences into The Newspaper Boy.

“In the play they go to Flesh at the Hacienda – that was just amazing at the time,” he recalls. “One time they had a whole fairground inside the club. There was something really special about 90s Manchester. It felt like a real scene. Everybody was out, every weekend. I feel like everyone had more individuality then.”

Perhaps unsurprisingly, Chris loved Queer as Folk, the 1999 TV series by Russell T Davies chronicling the lives of three gay men living in Manchester’s gay village, and cites it as an influence on his writing.

“Queer as Folk was a big inspiration for me,” he says. “I was the same age as the young character Nathan in it at the time. And suddenly, that world that you’d never imagined to be on TV before was on. It was detailed as well. Some of the content was jaw-dropping.”

Another inspiration for Chris was the 1996 film Beautiful Thing by Jonathan Harvey.

“I saw it about six times in the cinema,” he says. “I felt like it was written for someone like me. Those two definitely influenced me in my writing. Everyone wants to write the next Queer as Folk.”

Nine years after first writing The Newspaper Boy, Chris feels he has got the play the way he wants it.

“The play has gone through periods of development since then,” he says. “I feel I have improved as a writer. I’ve written quite a few plays since then in the last nine years, so I’ve revisited it just to try and tidy it up.

“I’ve had to be very careful not to unpick what was there. I didn’t really have a clue what I was doing back then, but in a charming way it just worked. I have changed bits of it, but is very much the same as it was. The story and the journeys of the characters are completely the same.”

More then two decades after his childhood stardom, Chris is very much enjoying his role as writer.

“I trained as an actor and I love being in the rehearsals, but writing gives me so much more creative freedom and control,” he says. “Also, writing means I get to play every character in my head.”