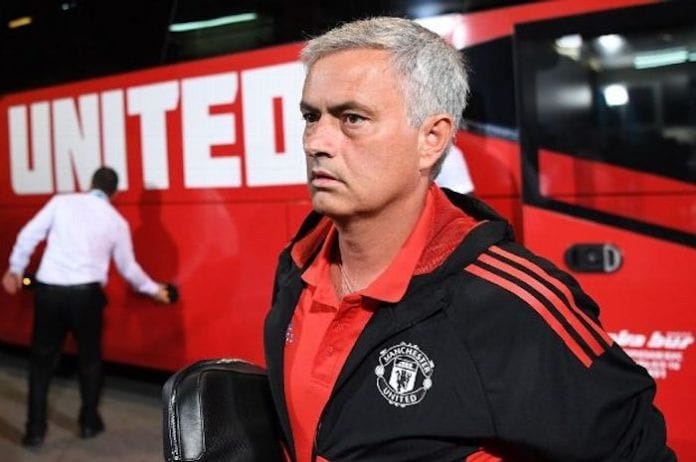 On the face of it, it’s not been too bad a season. The highest league finish since Fergie left and, if everything goes well at Wembley, – a second FA Cup triumph in three years.

But dig a little deeper and things don’t seem that rosy. If Mourinho fails to win on Saturday, things will look decidedly darker.

Let’s look at the facts.

Last year we finished six points behind City. This season we finished 19 points behind them. Nineteen. That’s a huge margin which shows unbelievable improvement by Pep Guardiola’s team and not too much from us. Let’s not beat around the bush, it’s a massive gap on paper and in reality.

We were never close to pushing them for the title. Second place is pointless if you didn’t challenge.  There really is no difference between second and fourth, apart from missing out on the early Champions League qualifiers.

Our record against the big six was impressive. We beat City away, Liverpool at home, Arsenal home and away, Spurs at home, and Chelsea at home.

We also lost away to all three of the newly promoted sides. In limp fashion.

We welcomed Champions League football back to Old Trafford. We then embarrassed ourselves with defensive tactics and arguably the worst two performances of Mourinho’s tenure.

Setting our stall out like that in the Champions League felt like winning the Europa League last season was a complete waste.

It’s often said that football fans have short memories. The Sevilla game will last long in the consciousness of many a United fan. For a lot of us, we just can’t forgive Jose for it.

Which brings us to Saturday.

If Mourinho can get one over on Antonio Conte at Wembley, it will be his third trophy in two years (once again Jose, the Charity Shield doesn’t count). For a serial winner, as he’s so often described, that’s not a bad record. The history books will be favourable.

But the truth is this is an average United side, bordering on awful at times.

We’ve seen flashes of what we expect this season, but too often it’s been halted with yet another stodgy boring performance. How could we follow up that scintillating second half at the Etihad by losing to West Brom at home?

So, I put it to you, Manchester United board. Maybe Jose’s taken us as far as he can with his negative, pragmatic tactics.

Can United realistically do another Van Gaal?

The Dutchman’s second season at the Old Trafford helm was so bad not even an FA Cup win could save him. We’re not quite in those choppy waters now, but sometimes it really doesn’t feel too far off.

There’s no way Ed Woodward has the gumption to do the same to Mourinho, especially after his recent contract extension. But with Pochettino unsettled at Spurs it could be a brave and bold move.

But brave and bold are no ways to describe our Ed. More likely he’ll back another Mourinho summer splash in the transfer market regardless, filling our squad with more defenders who continually get injured, average sideways passers, or supposed top forwards our manager just can’t get the best out of.

But things could be worse, I suppose. And we have got a Wembley day out to look forward to. Up the Reds!