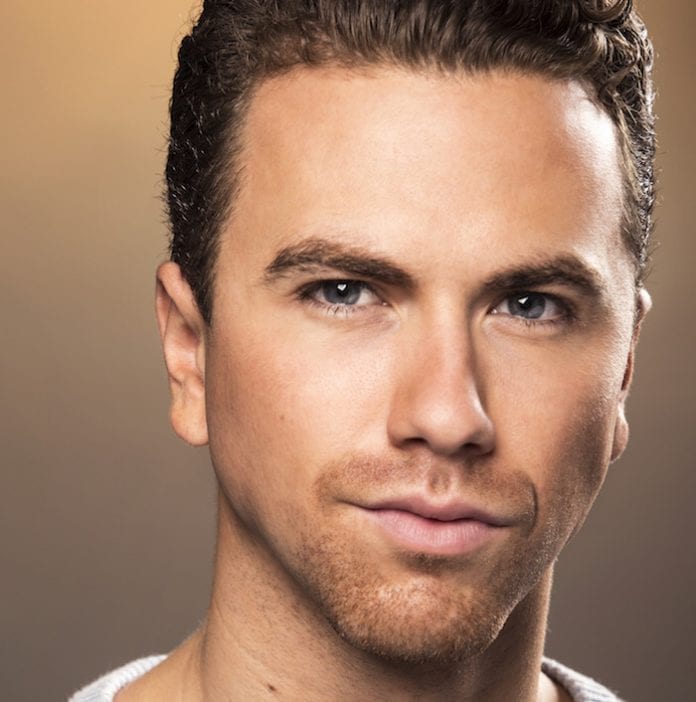 Richard Fleeshman is one of those performers who never stops trying new things. His TV career began on the famous Coronation Street cobbles, playing Craig, Rosie Webster’s goth boyfriend. But the stage has become his home, which means he spends much of his time on the road. He has starred in the musical Ghost in Manchester, London and Broadway, and as a singer/songwriter he has released an album and supported Elton John. Now he comes full circle, combining his love of theatre and music by performing in Sting’s new musical, The Last Ship. And there isn’t a jukebox in sight – the music has all been written for the show. We caught up with him to find out more.

What attracted you to The Last Ship?

I was very excited at the prospect of working with Sting as I’ve admired him for years and I thought the music in this show was stunning.

Was it nerve-racking meeting Sting for the first time?

Of course, it was my final audition and as if that isn’t nerve racking enough, to have the man in the room was pretty crazy, but he was lovely and very humble and put me at ease. I guess it must have gone ok. Ha!

Why should we come and see the show?

It’s very hard to pigeon hole this show. It’s unlike anything you will have seen visually. It’s absolutely stunning. The set and design is breathtaking. The music is obviously fantastic and I think the performers in this cast are excellent. What more could you want?

Has working with Sting made you want to return to making music?

I’m certainly very inspired working with him but I’m constantly making music. It’s what I love and I have a gig booked, three days after we finish the tour, on Tuesday 10th July in London at the Andaz.

What have been the highlights of your career so far?

It’s been a crazy ride, I never expected half of the things I’ve done to happen, never mind happen as quickly as they have, so it would be hard to choose one. But even on this job alone, I’ve had some ‘pinch me’ moments. Singing Message in a Bottle with Sting while we were messing around in a soundcheck was pretty epic!

What’s been the funniest thing that has happened in a show you have been in?

I once got knocked out during a fight scene in Ghost while we were on Broadway. I was only out for a moment but it was pretty crazy and I got up and carried on thanks to adrenaline. But I was a little hazy to say the least! Live theatre, I guess.

I grew up in Manchester but haven’t lived there for so long, I sometimes am a bit out the loop with where to go. But recently I went to 20 Stories and it was amazing, like something you find in New York.

Why do you love Manchester?

It’s where I’m from. It’s where my family and best friends live. It’s the city that raised me.