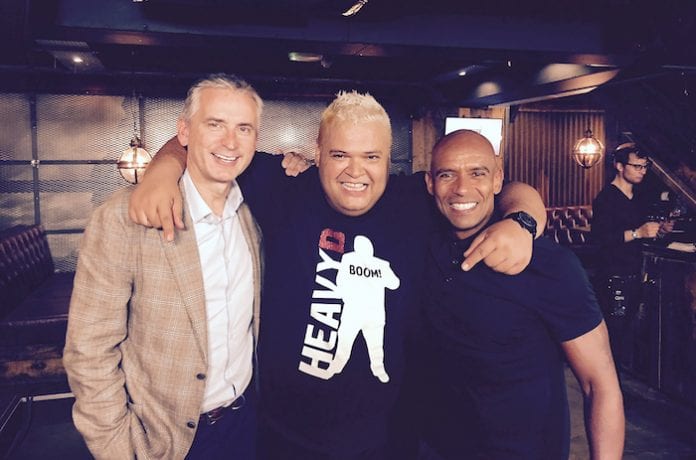 Former City player Trevor Sinclair made an appearance at Dive NQ last week for a new Sky football show, Carling In Off The Bar, which was broadcast live from the popular Northern Quarter venue.

Dive were handpicked by TV giants Sky Sports as the first venue out of 10 in the UK to host the new show presented by Soccer AM’s Laura Woods and Adam Smith. It was broadcast before the first Friday night Premier League game of the season – United v Southampton. 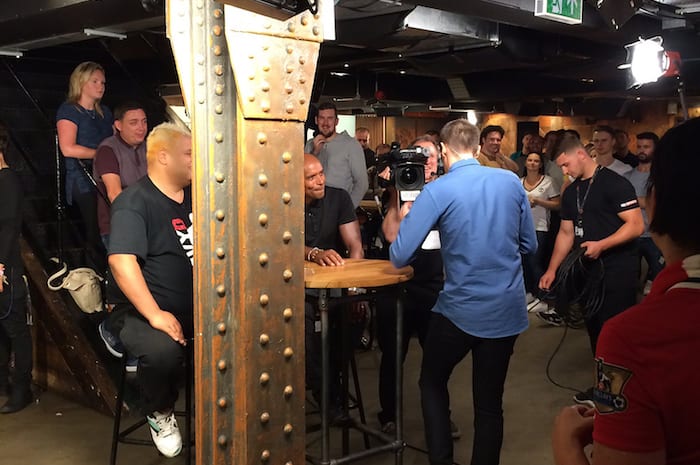 Trevor joined ex- Leicester and Arsenal striker and Sky presenter Alan Smith among the guests and pulled a pint of Carling from behind the bar.

They were joined by ex Celebrity Big Brother housemate Heavy D who made a surprise guest appearance and kept the audience entertained in the evening from the DJ decks.

The Premier League trophy also made an appearance at the bar, with customers clearly enjoying being sat so close to such an iconic piece of football history.

“It is a real honour and achievement for us to be chosen by Sky Sports as the first gold tier venue to watch the football in the UK,” said brand managing partner Vincent Braine. “Dive NQ have changed the way sport is being delivered to our customers, offering a premium viewing experience coupled with high quality food and drinks.”

Dive NQ are now classed as Carling’s No1 Premier League venue – and have an oversized banner on Tib Street to prove it.

Live footage of the night can be found via @divenq @SkySportsPub