Eight Exciting Manchester Events to Look Forward to in 2016

New year is on the way promising some amazing gifts ahead from the city we all love. 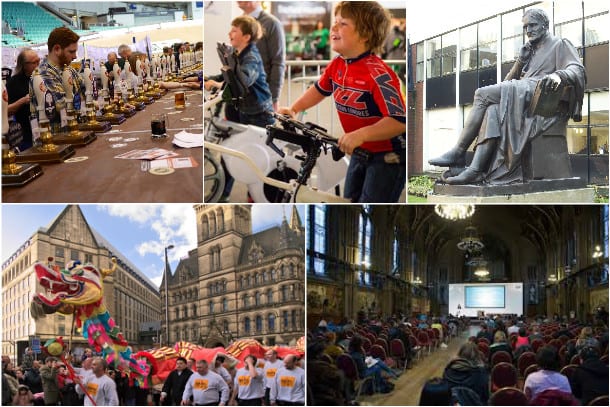 Manchester is a city which throws opportunities around you like a big bear hug and 2016 is set to be bigger than ever! Over the last 12 months we’ve enjoyed some fantastic public events and the coming year is set to be especially exciting, says Emily Oldfield…

Christmas may be over, but a new year is on the way promising some amazing gifts ahead from the city we all love. Whilst London may be the capital, Manchester is consolidating its position as the capital of cool, bringing cutting edge events together with a creative vibe.

Welcome 2016 in style. Famed for its fantastic celebrations and electric combinations of old and new, New Year’s Eve offers just a taster of what the city has in store for the coming year. Take NYE celebrations at the Albert Hall, for example, where the gothic-style building will blend with contemporary beats for a party featuring David Rodigan, Rudimental and Oneman. FAC251 is a club which pulls on the musical legacy of the past whilst pushing out out tunes of the future and NYE brings a big bash from resident DJ Dave Haslam along with Clint Boon and others, too. And don’t forget you can celebrate into February too with the Chinese New Year celebrations running for four days from Thursday 4–Sunday 7 February 2016. It’s The Year of The Monkey and you’ll be going bananas with the variety of events on offer- everything from 3D light shows to Asian Street Food stalls and fireworks!

Have We Got Brews For You

Need an excuse for a swift half or two? The Manchester Beer and Cider Festival is coming to the city from the 20th-23rd January at Manchester Central. The amount of space here suggests there are more ales to be on offer than ever before and it has already been confirmed that over 500 beers, perries and ciders will be making an appearance. Craft breweries and independent brewers will also be celebrated here, so you’ll be able to enjoy some of the finest ales around and a great atmosphere. The opportunity to sample up-and-coming varieties from new faces in the industry, all in one place, is something not to be missed! And with the Bière Sans Frontières bars set up to run throughout the event, brought to you by the Greater Manchester Branches of the Campaign For Real Ale, why would you?
mancbeerfest.uk

Forget leaving the kids at home whilst you party. Why not take them with you? Big Fish Little Fish is a company which provides a unique twist on Manchester’s 24 Party People culture by offering an opportunity for the whole family to rave! A number of events took place in 2015 and were very well received – parties where people of all ages could be creative, move along to music, get messy and let their hair down. With features such as a multi-sensory dance floor and bubble disco, partying in style doesn’t just have to be for adults. Children can enjoy themselves, too, whilst there is a fully-licensed bar for grown-ups. More events are being scheduled in Manchester for 2016, with the next being a hat and moustache themed rave at the Chorlton Irish Club on Sunday 17th January.
www.bigfishlittlefishevents.co.uk

Manchester has a strong scientific heritage which deserves celebration. It’s the place where pioneering railways and canals pushed forward industry, where Thomson worked on discovering the electron, Dalton developed atomic theory, Rutherford split the atom and Alan Turing worked with cutting edge computing. So it’s no wonder that the city has been named European City of Science 2016, with a particular focus on Science as Revolution. There will be lots going on including talks from Professor Brian Cox, museum displays and family exhibitions, many of which will take place at Manchester Central, culminating with The EuroScience Open Forum in July 2016 –250 years after the birth of Manchester-based pioneer John Dalton. It is set to be the largest European general science meeting, with over 4,500 academics and experts from over 90 countries due to attend.
manchestersciencecity.com

It’s not just science putting Manchester on the map but technology too! Established in 1995, the FutureEverything Festival has been at the forefront of exploring the interaction between digital technology, human beings and culture and how these can be shaped for the future. It’s already been named as one of the top 10 best loved festivals of ideas by The Guardian. It is increasingly important, too, as the need for sustainable technologies is more acute than ever following the climate change talks in Paris. This is a festival which brings thinkers together to generate new ideas as well as treat the public to events such as talks from climate change expert Alice Bell and the world premiere of short film, Smoke Signals. All this comes with the accolade that Manchester has recently been awarded a £10m prize to become world leader in using the Internet of Things as well as a smart technology city where digital advancements and social developments are celebrated alongside each other.
futureeverything.org

Back for the second year, the Manchester Punk Festival 2016 takes place on April 22nd and 23rd featuring cutting edge bands with attitude from all over the world. Brought to you by TNSrecords, Anarchistic Undertones and Moving North, the festival will offer a Northern Powerhouse of punk with a number of live events across the city. The line-up includes the socially savvy Cut Ups, Jake and the Jellyfish and even Lineout, all the way from Italy. New acts are being announced all the time, so there is sure to be something for everyone from old school tunes to melodic hardcore. Check out the website for early bird offers.
manchesterpunkfestival.co.uk/site 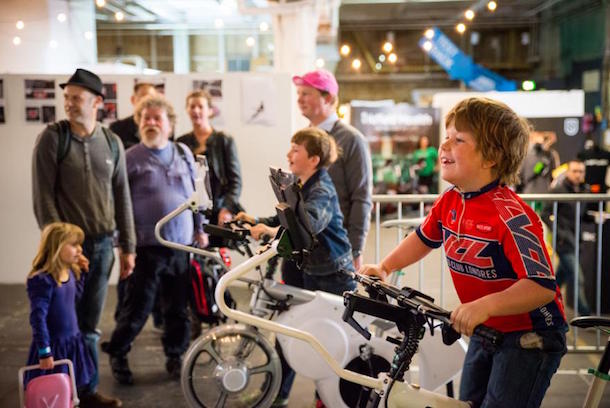 Urban cycling festival Spin is set to take Manchester by storm in 2016. Taking place from May 6th-8th at the Victoria Warehouse near Old Trafford, it’s a festival which brings together industry experts, retailers and activities which celebrate all things cycling, so whether you are a seasoned cyclist or just an interested beginner, getting on a bike and being active for 2016 is a resolution made possible in Manchester!
road.cc/content/news/157903-spin-cycling-festival-back-2016-manchester-instalment

Manchester city centre is set to embrace the latest in the arts, as well as technology, in the form of Neo, a development by Bruntwood set to open in 2016 which incorporates a digital art space. The ground floor will contain a large scale digital screen which will display cutting edge pieces of artwork and support local talent, with open calls for a range of digital artists to put their work forward for display. This is an exciting development which shows Manchester is at the centre of supporting technological development as well as creative talent. The screens are also expected to showcase a range of Bruntwood’s projects including the Bruntwood Prize for Playwriting in partnership with Manchester International Festival and The Royal Exchange Theatre.
www.bruntwood.co.uk/neo/office-space