Eight events not to be missed at Design Manchester 2016 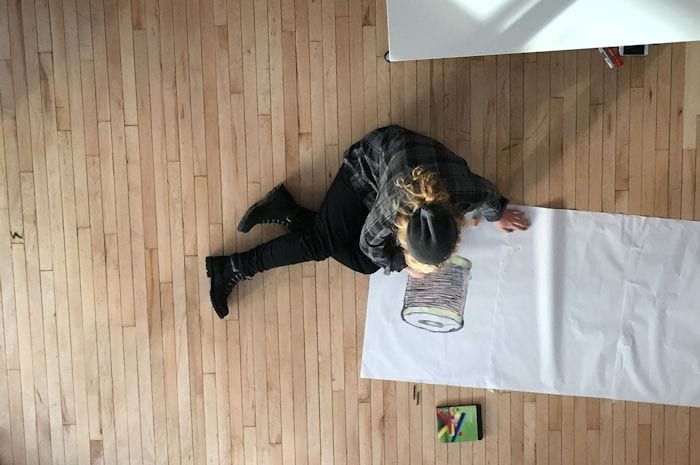 Now in its fourth year, DM16 celebrates the part design plays in making Manchester and other cities great places to live and has become a cornerstone of the city’s internationally renowned cultural calendar.

It will take place at venues across the city, taking in bars and clubs in the Northern Quarter, in addition to the city’s landmark venues including the Old Granada Studios, London Road Fire Station, the Royal Northern College of Music, The Lowry, HOME, The Sharp Project and the Co-op’s head office in Angel Square.

Here are eight events not to be missed.

Alan Kitching – A Life in Letterpress 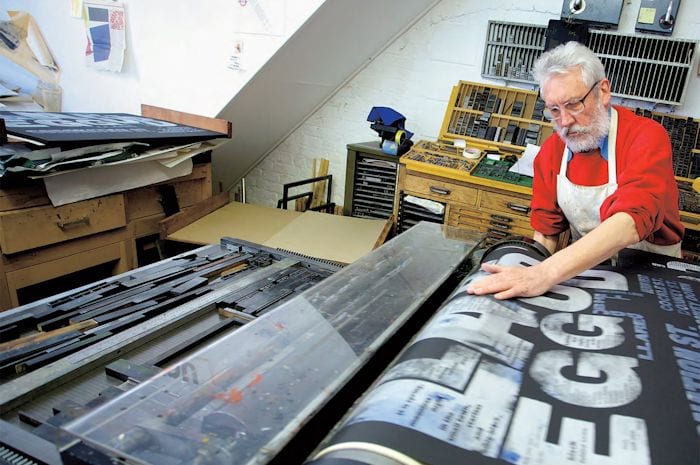 Alan Kitching is one of the world’s foremost practitioners of letterpress typographic design and printmaking. He is renowned for his expressive use of wood and metal letterforms in creating visuals for commissions and limited edition prints.As well as showcasing finished pieces of work it will show the method and process behind key works with sketches, proofs and roughs gathered from Alan’s own archive. Alan will be creating bespoke items for sale during the festival and will also host a masterclass, details of which will be announced soon. 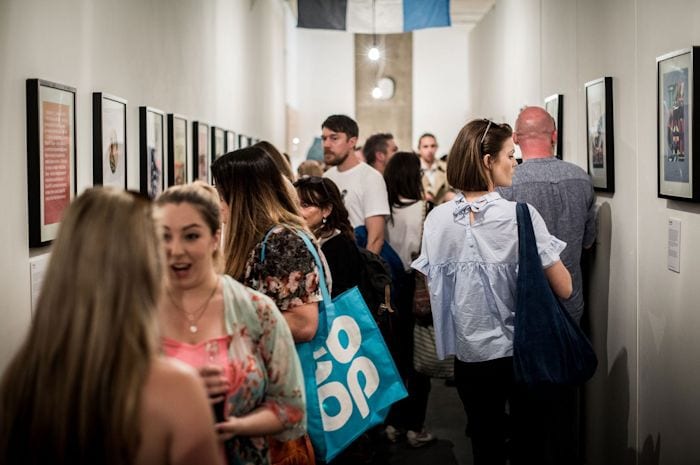 From political reformists to palaeobotanists, the work of women has helped to shape Manchester into the great city it is today. Women in Print is an exhibition of work by a host of local designers, print-makers and illustrators which celebrates the life and achievements of iconic female figures who have made a significant contribution to Manchester.

This day-long conference of ideas and inspiration features internationally celebrated and influential speakers discussing ‘Design City’ and showing an insight into their creative work. The conference will be hosted by Patrick Burgoyne, editor of Creative Review. Speakers include multidisciplinary interaction designer Jason Bruges, immersive tech artists FIELD, graphic designer Alexandra Wood, Dutch design collective Trapped in Suburbia, Warner Bros.’ senior VP of creative affairs and head of Blue Ribbon content Peter Girardi, with more to be announced. Ben Young and Joe Hartley from the the Pilcrow pub will also be there, explaining how the community has designed and built a contemporary pub in Sadler’s Yard. 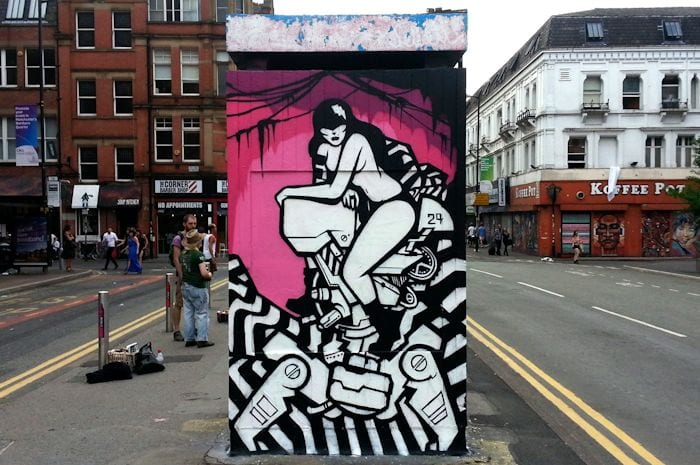 A recent history of the Northern Quarter told through its street art. Learn about the creation of the Northern Quarter as we know it today, find out the major names behind some of the area’s oldest street art and why it became concentrated here, and explore the recent wave of paste ups, murals and paintings that create the unique feel of the Northern Quarter. An insight into how modern art movements in Manchester hope to continue to drive creativity within the neighbourhood, and how art was key in the redevelopment of a fast decaying area of the city.Tours are hosted by award winning writer Hayley Flynn and are family friendly 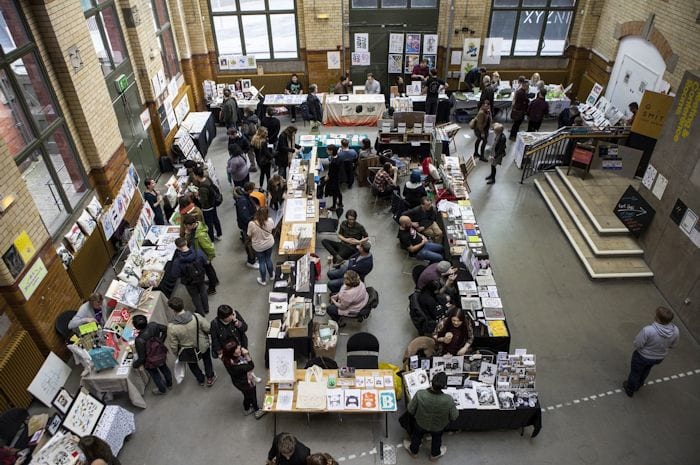 A celebration of creatives, makers and print in collaboration with G. F Smith, Manchester Print Fair and Hot Bed Press featuring more than 100 creatives over two days, with affordable works for sale and a schedule of workshops including screenprinting, letterpressing, book-binding, frame-making and a special origami workshop. During the day, live artworks will be created around this unique space and there will be many opportunities to get involved: most workshops are completely free or require a small donation.This is a free family friendly event open to all, put together with help from Allied London. If you are interested in exhibiting/selling your work please contact Manchester Print Fair or Manchester Artists Book Fair. 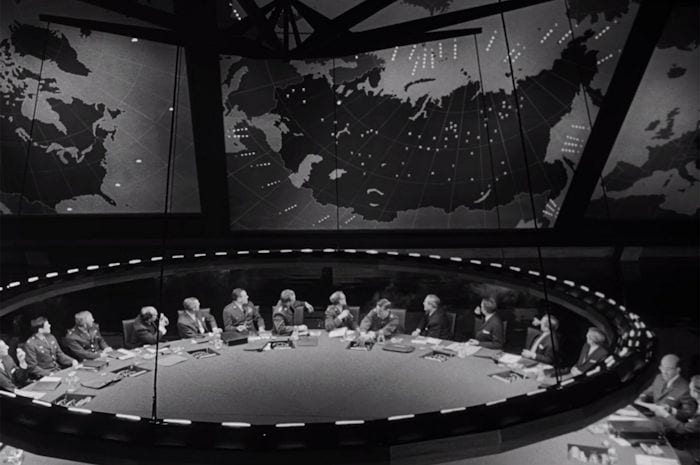 For almost two years, Jon Massey and Adam Stanway have documented Manchester’s affluent creative landscape. Bound within an A5 Moleskine sketchbook, the project has captured the narrative of an entire city and catalogued over 50 local visionaries. The pair will close DM16 and their travelling book in the iconic Old Granada Studios. During the evening, final submissions will be created and projected live, and the book will be exhibited in its entirety for the first time. Alongside a feast of musical treats and local DJ’s, there will be food and drink plus more surprises, as yet to be announced.