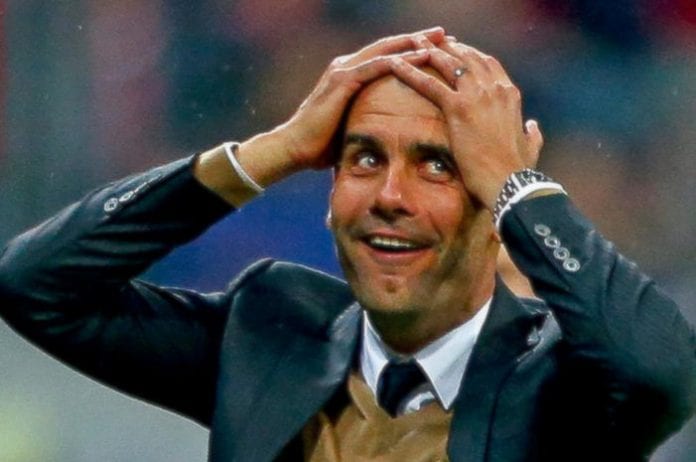 Taylor Swift may not have had Manchester City or football whatsoever in mind when she sang ‘players gonna play, and the haters gonna hate, I’m just gonna shake it off’ but it certainly seems relevant to Pep Guardiola and his squad over the past seven days.

Prior to last Saturday’s humbling 3-2 defeat away at Norwich, it seemed impossible that City would do anything other than add another three points to their tally as they looked to keep the pressure on a Liverpool squad in seemingly unbeatable form since the start of the season.

Guardiola had most of the Fantasy Football players up in arms even before the game got underway by his decision to leave Kevin De Bruyne on the bench. The Belgium international had just returned from an impressive international break with three assists and a goal to his name so it seemed unfathomable that he would not start the game.

Pep, on the other hand, had other ideas following the midfielder’s two lengthy stints on the injury list last season. In his pre-match press conference, he had already said he would rest his star midfielder to prevent this happening again season – and Norwich should have been a safe bet for him to miss.

In the aftermath of the defeat, fingers were pointed at the manager for his team selection, and the club’s decision makers for what everyone perceived as a huge misjudgement during the summer transfer window of prioritising finding an eventual replacement for Fernandinho in midfield rather than replacing long term skipper Vincent Kompany in central defence following his actual departure from the club.

We know that Guardiola had expressed his interest in Leicester City and England international Harry Maguire. However, as is usually the case, Leicester were not in a rush to part company with their star defender and wanted an inflated price for him – one that Guardiola and City were not willing to meet.

Manchester United on the other hand are rebuilding their squad and were prepared to spend big on a player they deemed a top target for the summer.

City, however, looked to have enough cover for the position of Vincent Kompany so went ahead and brought in our top target Rodri from Athletico Madrid for £62million. Following a good start to the latest campaign and just prior to the international break, injury would hit Aymeric Laporte, a key member of the City defence.

So upon return from the international break, Guardiola was forced to use a central defensive pairing he doesn’t seem to like too much in John Stones and Nicolas Otamendi. Following pretty disastrous performances from both players, it was evident why they rarely start together.

Since then City have lost John Stones to injury for up to five or six weeks – which brought even more criticism of the summer transfer window but also saw Fernandinho take up the central defensive role for Wednesday’s trip to Shakhtar Donetsk, where he impressed in a 3-0 victory.

Since Shiekh Mansour’s takeover of the club a decade ago, I have lost count of the number of conversations with rival supporters, and the number of tabloids I have read criticising City for employing ‘mercenaries’ and destroying the beautiful game.

So when they continued their policy of not being drawn into inflated negotiations for a player they valued at far less (and lets not forget not having a crystal ball for injuries which were yet to come) it was shocking to hear them criticised for not paying the extra money to Leicester.

For most of last season there was talk that Guardiola was on the look-out for a replacement for Fernandinho as the suggestion he may only have another season performing at such a high level was cause for concern for the manager given how influential the player has been.

However there was also talk of Guardiola finding a replacement for him before Kompany. His idea was to get another couple of seasons from his midfielder by moving him into a central defensive role, thereby replacing Kompany in the process.

Fernandinho is not a natural central defender but he must have shown Pep enough for him to think it would be a good move for both the player and his squad – and following Wednesday’s game Fernandinho said he had been training for the role since the start of the season.

City’s defensive concerns are just a product of bad luck rather than poor choices in the transfer market where they will spend the money if they deem it to be a fair price for the player in question.

Now the attention turns to bouncing back in the League as they host Watford this weekend – and pray there are no fresh injury concerns.