Manchester’s newest gym KOR is getting fitness fans talking with its ultimate workouts that can burn up to 1,000 calories a class.

But what’s it really like in the cool Northern Quarter gym?

The gym is run by Josh Yell and Tom Melody, who have 20 years experience in the fitness industry.

They started KOR when they noticed the changing trend in the gym world with more people moving away from membership gyms into group exercise classes instead.

They claim KOR is completely different from every other gym in Manchester, and it certainly feels it from the moment you enter – almost like walking into a cool new club in the Northern Quarter as you descend the neon-lit stairs into a pastel-coloured reception area.

They’ve teamed up with a local supplier and provide salad boxes and caffeine hits in various shapes and sizes. We start with fresh espressos, a little welcome perk before we do the ‘werk’. 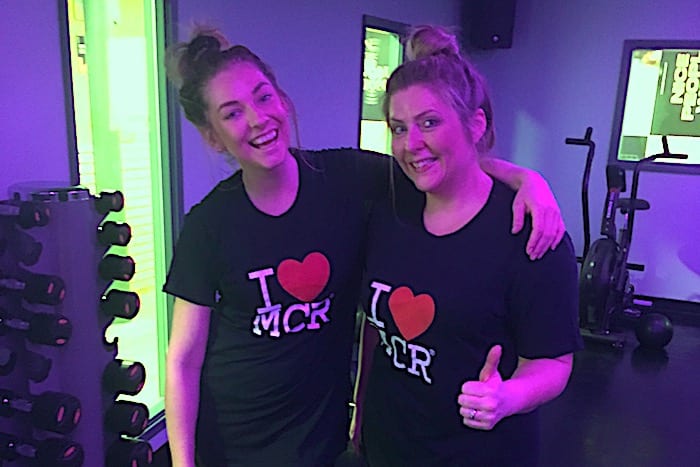 What sets KOR apart immediately is the fact that there are two amazing studios. The first one is a Revolution class which is essentially their take on spin with IC7 life fitness spin bikes.

In studio two there’s a Resistance class. The cool thing about this class is you get to burn 850 calories in just 45 minutes from a mixture of treadmill sprints, assault bike sprints, and also a mixture of weights.

Daytime classes are kept short so you can do a 30 minute session at lunch to allow time to shower and recover before heading back to the office.

To really go for the burn, they’ve also started a one hour ultimate workout version of the class which could burn up to 1,000 calories.

“We’re cutting down on rest time and chit-chat,” says Josh. “We’re making sure it’s effective. You’re going to burn a lot of calories and you’re going to get a really good effective workout in that time”. 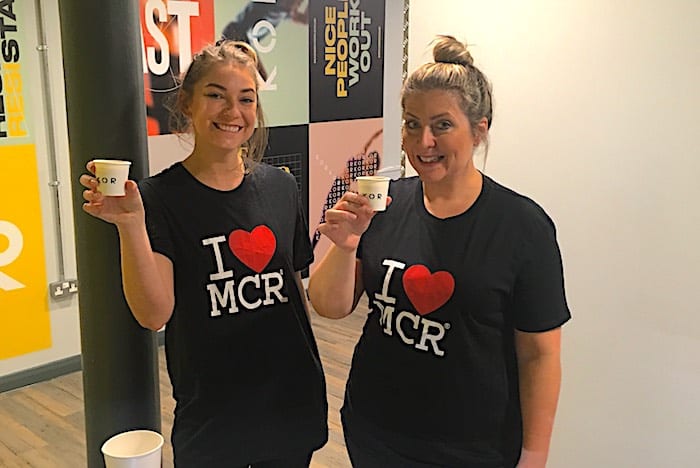 You get sweat towels when you come in, a shot of espresso if you want it before your training session, and amazing tasting protein shakes afterwards. Shower towels are complimentary and when you’re done you get peppermint ice towels to help you relax.

A quick change in the clean, slightly industrial changing rooms and we’re ready.

There’s an instant ‘at ease because no one can really see you’ vibe upon entering the main room with its low light electric blue rather than the usual stark strip lighting in most mainstream gyms.

It’s a nice start to what could be a hellish 30 minute workout.

The routine was intense but well thought out and combined various moves including squats, press-ups and pummelling the floor with a weighted basketball after warming up on the treadmill (I’m REALLY not a runner).

Aware that everyone has a different pace, the instructor adapts the session to suit the participants. Don’t be afraid to speak up if you have any injuries/questions. I have a slipped disk and was given alternatives for some of the exercises.

I came away with a good level of initial exhaustion which was quickly replaced by that post-workout buzz. Most importantly, the workout stuck to the timings – crucial if you’re nipping out to do this of a lunch time. 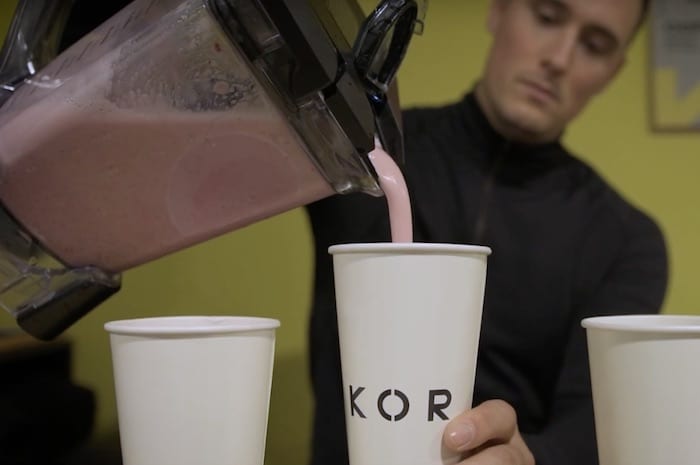 The session was rounded off nicely with a posh peppermint infused ice towel and a made-to-order protein shake.

The concept of KOR is that rather than be tied in to a monthly membership, you can simply book classes as and when you like, with sessions costing £15.

And the full week at KOR takes you through all the muscle groups. Monday upper body, Tuesday lower body, Wednesday arms and abs and circuits to finish off the week.

It’s a great new way to train in the city centre. Working out in this way makes sure you push yourself to the limit as you would with a personal trainer, but without those often super-expensive personal trainer fees. 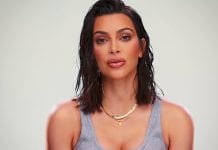 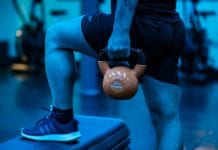