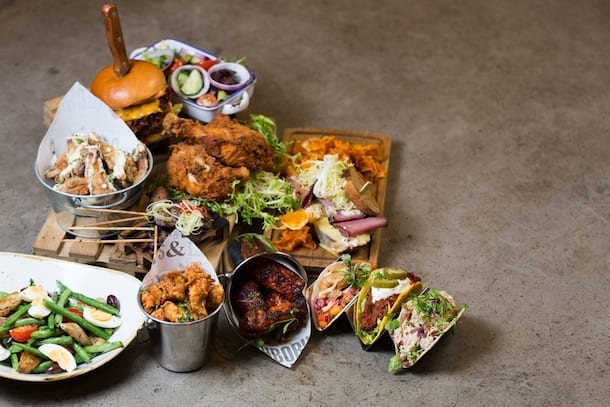 Since they opened their doors back in November, Northern Quarter bar Dive haven’t stopped! They [deep breath] kicked off with a massive launch party, celebrated their first Christmas and welcomed in the New Year, introduced CTRL, a brand new indie rock alt night every Thursday, as well as Pitcher & Pong Fridays and Movie Mondays [and breathes].

The latest news from these guys is going to have food lovers’ taste buds dancing with joy with some huge new additions making their way onto the menus from early June. Right from the start, the American style NQ bar have adopted the sharing concept to create the ultimate sociable, casual dining experience, and they are set to take this theme to the extreme introducing meaty sharer burger platters, irresistibly succulent beer can chicken and, for the brave; buckets of chicken wings with their signature (and appropriately named!) suicide sauce, to name but a few.

The new menu will still hold on to some of the old favourites including their flavour-packed pulled pork, chicken and beef tacos and meaty sliders. With the option to mix and match these, the choice is yours. 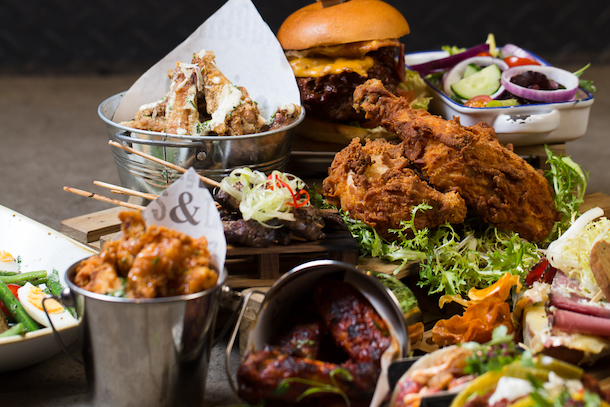 And as if that isn’t enough, it doesn’t stop at the food. Giant sharing cocktails are also going to be a thing. Their boozy buckets will be served in tin buckets and made for up to 8 people with everything that’s right, all served up in one drink.

Spotted on their Twitter page recently, junkyard shakes topped with all the wickedly naughty stuff are already making an impact. Think jam doughnuts, chocolate pretzels, jelly beans and marshmallows with a giant helping of whipped cream….

To celebrate the launch of their new menu, sneak preview tasters will be making their way around the bar every evening up until the launch of the new menu on 9th June. So get yourselves down there to be the first to taste them!

Follow @DiveNQ for all of the latest tasty food updates.