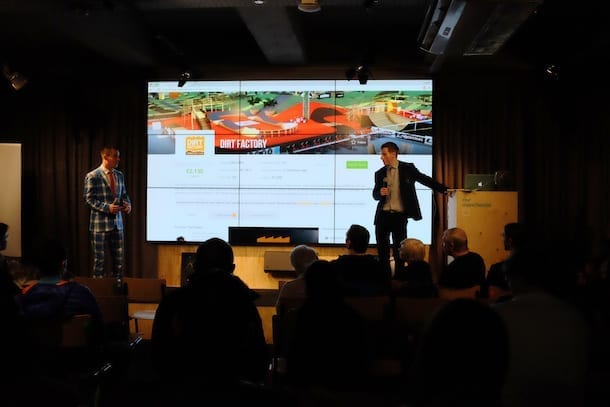 A crowd fund campaign to raise funds for the UK’s first indoor bike park is past the 50% mark after only seven days.

Dirt Factory indoor bike park will be located in Greater Manchester and designed specifically for mountain bikes and BMXs. An existing warehouse or distribution centre will be filled with off-road cycle trails, jumps and pump tracks made out of recycled dirt and shipping containers. There will also be an on-site café, bike shop, classrooms and space for other businesses or social enterprises.

The team behind Dirt Factory are aiming to raise £300k via online crowd funding platform, Crowdcube.

The crowd fund campaign was officially launched at an event at The Rise Manchester on Sunday 31 January. Over 300 attendees watched a preview of Dirt Factory’s Crowdcube pitch video, met the team and made the first investments.

Dan Makin, one of the founders and directors of Dirt Factory, said: “We were blown away by the amount of encouragement and interest we had on the day, not to mention the early investments made. Now is the time for people to get behind Dirt Factory and help us reach the start-up target.”

Only a week into the campaign, the team have secured investments from over 110 individuals and are already over 50% funded. 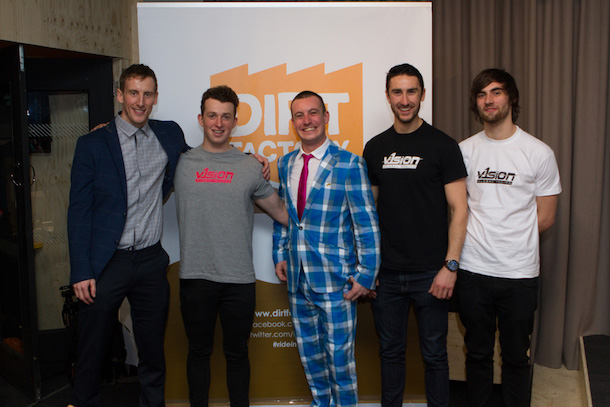 Supporters can pledge anything from £10 and above to get a share of the business and unique investor rewards. On reaching full funding, the team will turn an existing warehouse or distribution centre into a fun filled, sport and recreation centre with indoor bike trails made out of recycled dirt and shipping containers.

Fellow Dirt Factory director Mark McClure, who has worked on bike park projects in China, Israel, Mexico, Norway, Switzerland and USA, said: “The response from riders, the cycle industry and investors has been fantastic. A facility that is dry, convenient and with high quality trails to practice your bike skills and have fun is something a lot of UK riders are crying out for.

“Indoor bike parks have proved successful in the USA and we’re starting to see more emerge in Europe. Manchester is the perfect base for Dirt Factory in the UK and it will further enhance the cycle credentials of the city.”

This is the most important period in Dirt Factory’s development and they really need your support and investment to achieve their funding goal.

The Dirt Factory crowd fund is live until Monday 29 February 2016. To find out more and make an investment visit http://bit.ly/DFinvest