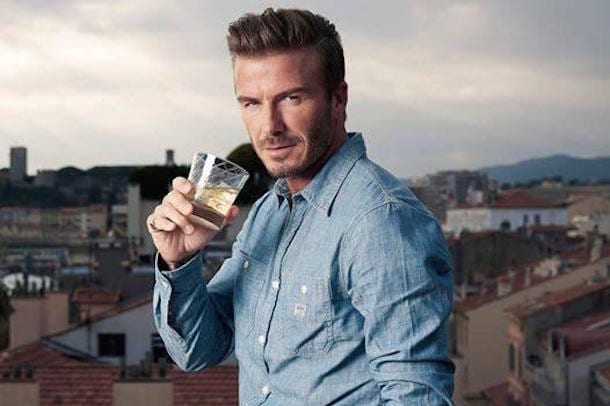 The temporary bar is to be the new festive pop-up next to the Spinningfields Ice Rink, and will be open until Christmas.

Transforming the former Living Ventures site, The Long Bar, into a wintery lodge – with dark wood-panneling, deer antlers and tan leather stools as well as splashes of blue to match the whisky’s eye-catching bottles. 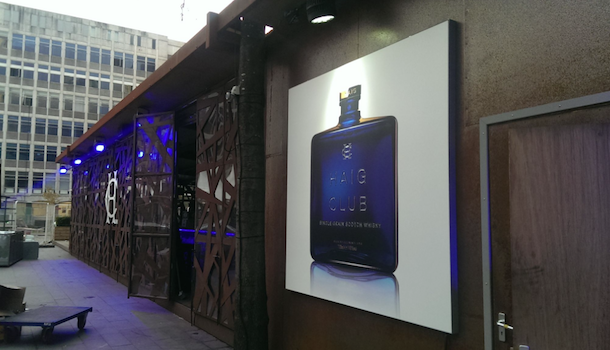 He is currently starring in the new TV advert for the brand, which sees him making a toast with shots of the whisky in the Scottish Highlands.

No word as to whether Becks might make an appearance when the bar is officially launched, although we can all live in hope. 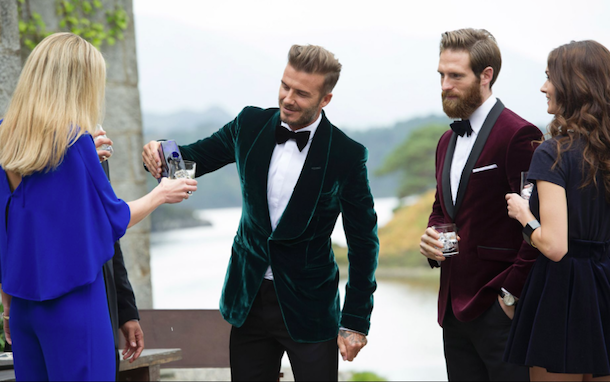 But David certainly knows the Spinningfields area well, visiting the bars and restaurants in the district whenever he returns to Manchester, so is sure to have had a say in the pop-up bar being based up here.

The bar opened on Friday night (October 31) and will be open for the next ten weeks.