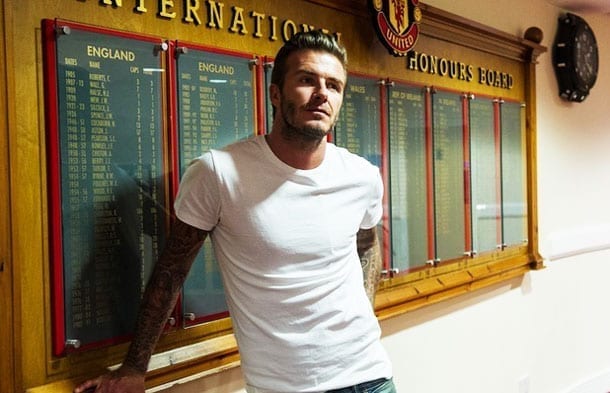 Manchester United Museum and Tour is now home to a special temporary exhibition to honour one of football’s most famous names, David Beckham. Running from Thursday, 13 February until Thursday 13 March, fans of ‘Becks’ can relive some of his best footballing and hairstyle times at Old Trafford.

David Beckham first signed as a schoolboy with the club at the tender age of 14 and the exhibition records his career at Manchester United. From the training kit he wore as a teenager, to his first team shirts from big matches such as the 99 Champions League Final. 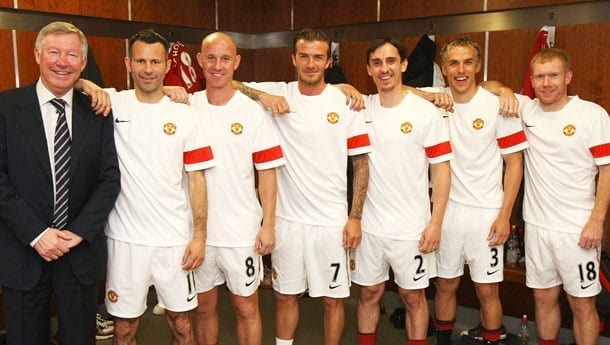 He made his first-team debut for Manchester United in 1992 aged 17, going on to win the Premier League title six times, the FA Cup twice, and the UEFA Champions League in 1999 (The Treble). Some of David’s winner’s medals and commemorative shirts feature as part of one of the displays.

In addition to this there are also interactive aspects to the exhibit. Famed for the precision of his free kicks, fans can predict exactly where within the goal posts he will place the ball during one of his many famous strikes. Just as famous off the pitch as he is on it, Becks is also well known for his changing hairstyle and visitors can relive some of these via an interchangeable portrait of the his famous face.