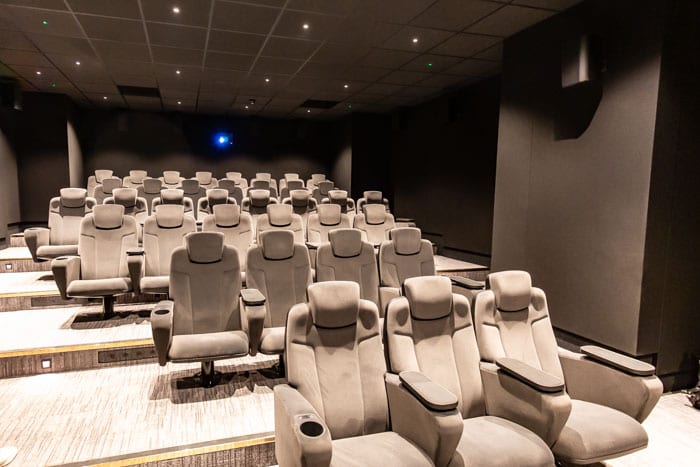 As well as featuring Bistrotheque, a new restaurant from Pablo Flack and David Waddington, Cultureplex includes a lounge, coffee counter with Pollen pastries, events spaces with outdoor terraces, and a boutique cinema which officially opens today.

Music documentary Hitsville: The Making of Motown will have a special preview on 30th September including exclusive footage from the film’s star-studded world premiere, while François Ozon’s drama By the Grace of God, based on the on-going Catholic Church abuse scandal, and The Babadook director Jennifer Kent’s brutal second feature, The Nightingale will both preview in October.

And cult classic Mommie Dearest – the outrageously camp biopic starring Faye Dunaway as an abusive Joan Crawford – will have a special screening in partnership with Make a Scene film club, kicking off the queer film club’s monthly residency at Mini Cini.

An autumn music docs season will celebrate a variety of musical legends, a series of screenings in October will mark Black History Month 2019, and Halloween week films will include a heady mix of horror and hilarity.

“We’re inspired by spaces like the Metrograph in New York and the Rio Cinema in London, small spaces with eclectic, exciting programmes that feel like a really valuable part of the community,” says Cultureplex programme director Katie Popperwell about the new cinema.

“Manchester has a sophisticated population of film lovers, and there’s a growing number of spaces popping up that cater to more niche interests, so it feels like a good time to be taking risks and seeing what weirdness we can get away with.”

Tickets for the Mini Cinema are on sale now, priced at £8 (£5 concessions).