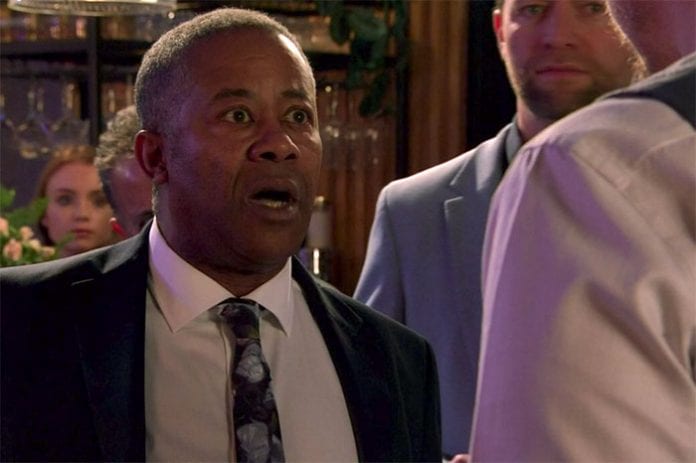 Focusing almost exclusively on the Bailey family, Friday’s instalment saw Ed Bailey (played by Trevor Michael Georges) come to the end of his tether with the constant racist abuse he’d been subjected to by boss Don (Phillip Broadbent).

The scenes saw the Bailey family head to the opening party at the Bistro, when Don aimed a vile racist remark in Ed’s direction.

Early on in the episode, Ed’s son Michael was shocked to see his dad take the abuse from Don on the chin.

Ed lectured his son on how he’d learnt to stay quiet over the years, but Michael argued that giving up merely leaves the fight for someone else.

Later at the Bistro opening party, his son’s words well and truly got through to him. After hearing Don use another racial slur, Ed confronted the owner in front of everyone, accusing him of being a racist.

“I’ve been asked what I eat, what cricket team I support, I’ve heard it all a thousand times,” said Ed. “But I don’t think any of these good people have heard it. So let’s hear it again, one more time…”

“I am so weary. I’ve had a lifetime of people calling me names, and I have heard every name and every stupid comment you can think of.

“I am weary, but as a wise young man once said to me, ‘If I give up, then I’m just leaving the fight for someone else’.”

His powerful words had a major impact on everyone at the party, prompting a discussion about racism in the Rovers. Dev also shared his experiences of the abuse he’s received over the years, with Kevin acknowledging that he’s never really given the issue much thought.

Viewers soon took to Twitter to praise the episode, with one fan writing: “What an episode, led by amazing talent. Hopefully this starts some important conversations!”

Another wrote: “I stood up and applauded Edison for standing up to that racist!! The realness of his monologue tonight!!! Then Dev in the Rovers too and the vital conversations!! Cracking episode tonight!!! Well done Corrie!!!”

Coronation Street airs these scenes on Monday, May 25th and Wednesday, May 27th at 7.30pm on ITV. 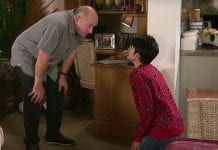