Coronation Street viewers will this week see a small change that will see the residents of Weatherfield doing a little bit for the environment when they do their shopping.

For the soap’s Co-op store on Victoria Street is to roll out its compostable carrier bags, which will be seen carried by residents in upcoming scenes from Wednesday night’s episode onwards.

As part of its aim to ditch single use plastic, the Co-op has rolled out compostable carriers to over 1,000 of its food stores – including those across Greater Manchester. The move is estimated to replace around 60 million single-use plastic bags UK-wide.

Co-op is the UK’s first retailer to introduce compostable carriers and make them widely available in areas where the Local Authority accepts them as part of household food waste recycling collections.

The not for profit bags – priced at 5p – have a secondary use as a caddy liner. The food waste and bag can then be turned into peat free compost. The bags are also suitable for home composting.

Alison Jones, customer director at Co-op, said: “We are committed to helping shoppers in the towns, villages and cities that we serve across the UK make more ethical choices. Reducing the environmental impact of our products is a priority, and we are focussed on eliminating single-use plastic.

“Coronation Street is all about local life and it is an exciting development that our green alternative to the plastic bag is now available for residents of The Street.” 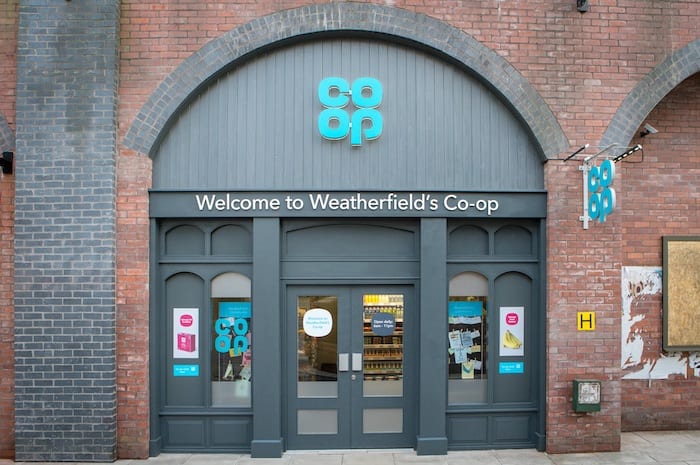 The new set also included a Costa Coffee shop as part of a groundbreaking product placement deal with the Manchester-set soap.