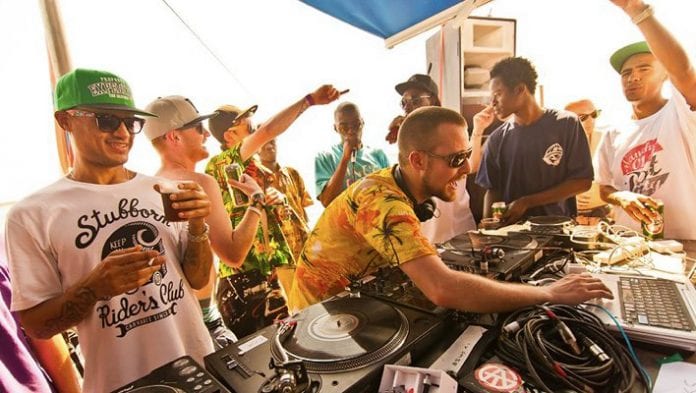 The May Bank Holiday weekend is nearly upon us. Whilst for many of us it brings a few days of much-needed rest and relaxation, some people will be struggling to put food on the table.

According to a report by the Joseph Rowntree Foundation published in December 2018, 1.6 million people – and 32% of all children – in the area are living in poverty in the north west.

And according to records kept by the Trussell Trust, food bank use in the UK has risen by 3,772% since 2010, with an increase of 19% in the last year alone.

To help those in need, local promoters Hit & Run and Love for the Streets are putting on a huge club night and asking punters to pay with non-perishable food items and toiletries.

A huge number of acclaimed Manchester artists have waived their fees for the Food4Thought event, which will take place this Saturday 4th May at Fallowfield club 256 Wilmslow Road.

All food and toiletries donated on the night will be sent to the Trussell Trust food bank network who distributed almost 1.6 million 3 day emergency food supplies to people in crisis last year

Now in its fourth year, the Food4Thought event has been created to help fill the shelves of Manchester’s food banks and raise awareness of food poverty in the region.

Last year Food4Thought raised a whopping 875kg of food (2,100 meals) for Manchester Central Foodbank and £1,400 for The Trussell Trust through ticket sales on the door – but given that numbers for food bank use are still increasing, promoters hope to raise even more this weekend.

“It’s great to be working with the Love For The Streets team again, after the success of the inaugural Food 4 Thought Festival last year,” said Hit & Run promoter Rich Reason.
“The line-up this year is even bigger than last year. A huge thank you to the DJs from both the local and student communities, and to Spectrasoul who are coming from Brighton for expenses to come and play a two hour set you can listen to for the kingly price of four tins of beans, or anything else you’d like to donate for foodbanks.
“Last year was a beautiful example of the musical and cultural magic that can be conjured, as well as the good done, when the local and student communities come together, so am looking forward to plenty more of the same at this year’s event.
“Huge thanks to Jack, Lily and Roxann at Love For The Streets, the team at 256 and Bev at Neuron for all their hard work.”

You can pay your way in with four items of non-perishable food or toiletries, or buy a ticket in advance for just £2.50.