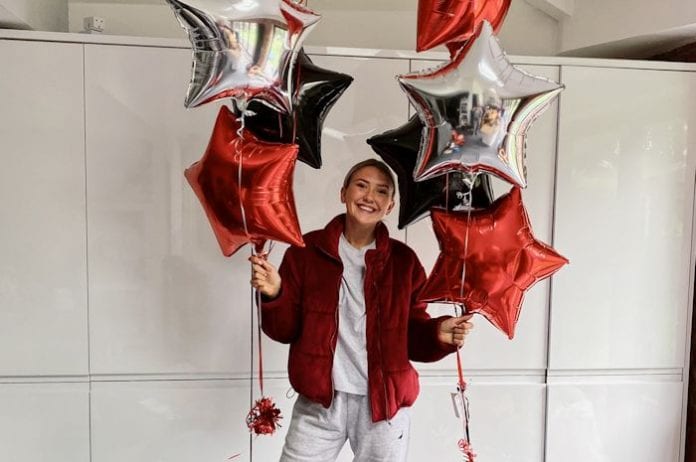 Year 13 student Destiny Owen sent a video of herself performing hip hop dance moves to TGI Fridays Feeling online talent show, which had been inviting staff and customers to showcase their skills and keep the locked down nation entertained since April.

The competition had hundreds of entries, with 36 contestants selected for the heats. After six hotly contested weekly heats, the best of the best, as voted for by the public across TGI Fridays’ social media channels, went head to head in the semi-finals, with four making it through to the final on Friday 5th June.

Destiny, who had impressed with her dynamic dancing skills throughout each of the rounds, was declared the winner after receiving almost a third of the public votes.

She took home a £2,000 prize and was asked to nominate an NHS charity to which TGI Friday would donate £5,000.

“Dance has always helped me with my mental health,” said Destiny. “I grew up watching my parents perform on stages and my love for it started there.

“My Dad began teaching me break dance from as soon as I could hold a freeze – he’s definitely been my main dance influence. My first style was break dance but I even tried ballroom for a while.

“I then started to attend more classes and since then I’ve been a part of various dance crews, training every week and have explored loads of styles. In recent years I’ve had some amazing opportunities like performing with artists at the MEN Arena, not only pushing me in performance but being a choreographer too.”

Greater Manchester Mental Health NHS Foundation Trust chief executive Neil Thwaite said: “We are overwhelmed by this gift, which will go directly to support the care of our patients and service users or to support the wellbeing of staff looking after them.

“Our staff are working magnificently around the clock to care for patients from our region, and in turn our communities have shown how much they appreciate everything they do.

“During these times of uncertainty, it is more important than ever that we come together to support our communities across Greater Manchester and beyond. We applaud Destiny for using her platform to share such a positive and inspiring message.”

“All are welcome!” says Destiny. “The majority of my training has been there and I couldn’t recommend it enough.

“As of September, I’m going to be using my talents alongside Manchester based band LZ7 – so keep an eye out for what’s to come!”