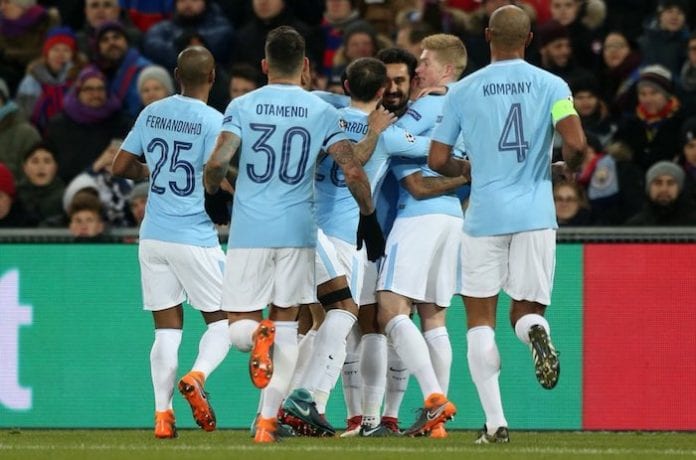 For the second season in a row, Manchester City are being talked of as possible quadruple winners.

Pep Guardiola’s side can take that all important first step towards the quad tomorrow when they face Chelsea in the Carabao Cup Final. A victory would see them win their first piece of silverware this season and retain the trophy they won this time last year.

Chelsea will be out for revenge following the beating they suffered at the Etihad two weeks ago, but City have been in fantastic form as they enter one of the busiest and most important periods of the season with games coming thick and fast every few days.

Earlier in the day, United can return the favour City did them when they thrashed Chelsea by beating bitter rivals Liverpool, who are desperate to win the title following a 29-year wait.

Of the six clubs which have won the Premier League, only Manchester United and Chelsea have won back-to-back league titles. United are the only club to have won it three times on the bounce – something they managed on two occasions.

Despite being in the running for the quad last season, the Blues only managed to come away with the Premier League and the League Cup.

They were in the running for all four trophies until they were beaten by Wigan in the fifth round of the FA Cup. This season they have gone a step further in that competition and are through to the quarter finals.

A dramatic win at Schalke on Wednesday night with two goals in the last five minutes has shortened the odds on success in that competition.

They are currently 11/4 favourites to win the Champions League for the first time, even though Pep Guardiola said this week he feels his side are still not equipped to progress to the later stages of the competition.

City are now 10/1 to become the first club to win the Premier League, Champions League, Carabao Cup and FA Cup in one season.

OddsMonkey spokesman Peter Watton said: “This was a 300/1 shot at the start of the season, and it was presumed they would find this season quad quest somewhat harder but here they are on the brink of the first leg.

“And to go with that, they are odds-on for the Premier League and FA Cup, whilst also being firm favourites for the Champions League following their win at Schalke. At 10/1 that puts City’s probability on the quad at around 10%.”

A win against Chelsea would shorten the odds even further.