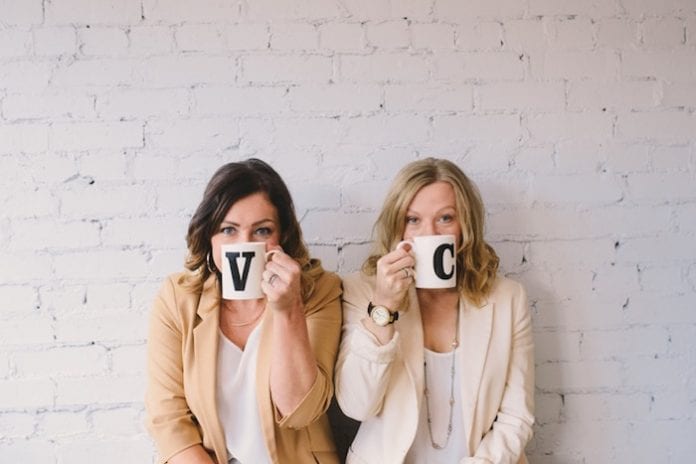 If you’re under 30 and find yourself interacting with your phone more than real people, this could be for you.

It’s no secret that we live in a world where people are preoccupied with technology, their appearance and themselves.

A new club launching in Manchester aims to engage people in conversation and bring back the art of face to face interaction.

It’ll also try to turn the concept of ‘being pretty’ on its head, focusing on how women can become, amongst other things, pretty smart, pretty confident, pretty tough and pretty awesome.

The club is spearheaded by Jodie Salt and Chloe Worth, two Manchester-based start-up businesswomen who describe themselves as xennials – not quite young enough to be millennials who grew up surrounded by technology, but not old enough to be Generation X who grew up without it.

“There are only a handful of people I meet these days under the age of 30 who I can have a decent conversation with,” says Jodie.

“At first, I thought it was because I was getting old – even though I’m still under 40 – but with the volume of social media apps and technology available to us, many under 30s have managed to replace this with the need to actually talk to each other.”

Along with bridging the gap between generations, the Violet & Charlie Members Club will tackle issues of confidence and mental health – both topics that the founders think are under threat in the new tech savvy age.

They’ll be sharing their seven secrets for success as well as using mindfulness techniques to help change their members’ behaviour towards themselves and the world.

Jodie and Chloe also hope their new initiative will help people develop valuable skills which could help them become more successful in the future.

“Learning about yourself should never stop,” says Chloe. “That’s why we have launched our members club. To empower women to have something interesting to say, grow their confidence and be awesome in every aspect of life.”

The Violet & Charlie Membership Club is set to launch in January 2018. If you’d like to find out what the club is all about beforehand, Jodie and Chloe host regular events at locations across Manchester.