You can post a free Manchester listing to put your business on the Manchester map. What’s more, you have to option to create a Promoted Listing (only £100) to feature above all (free) listings and maximise your Manchester profile.

Alan Turing pretty much single-handedly won World War II and saved millions of lives by breaking an unbreakable code. He also invented the computer just to prove a point. Turing transcended the way in which we think about business, algorithms and innovations today.

Today, digital culture is booming in Manchester, which has the highest amount of digital-sector jobs outside of London.

It’s a great place to live, work and do business. Manchester is also now the most liveable city in the UK and in the top 50 most liveable cities in the world, according to the Economist Intelligence Unit’s annual survey. Maybe that’s why so many businesses and people are moving here. 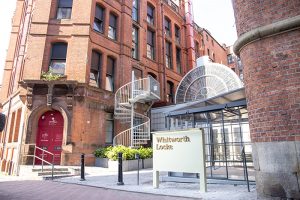 If you’re looking for something different this Valentine’s Day, why not check out the beautiful surroundings of Whitworth Locke?

Renaker Build have revealed plans for the whopping 71 story building as part of the Crown Street Phase Developments at Deansgate Square.

For many, getting a full health check up can be a scary thing.

Bryan Barber, from Stockport has been appointed as executive chef at the Exciting new Northern Quarter restaurant and Bar, Disorder.

Six by Nico has built a great reputation in Manchester for their innovative menus and very reasonable price point – so would their new menu live up to expectations?