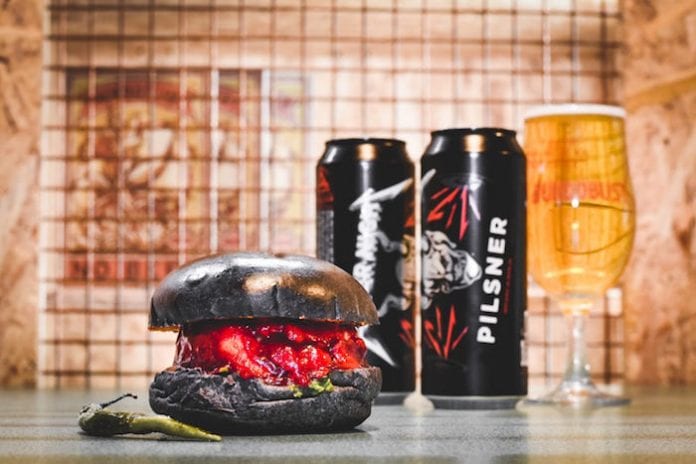 Not content with being kings of the heavy metal world, Metallica as it turns out also love a good foodie collaboration.

Back in 2012 drummer Lars Ulrich got his own trashy burger with seared foie gras with potato chips named after him in LA, courtesy of Food Truck Grill ‘Em All.

Then, in 2015, the band teamed up with Budweiser on a limited edition brew, which they sat in a tanker truck outside of one of the band’s shows to collect sonic vibrations before bottling, in true rebel style.

Now, as the band prepare to come to Manchester for their Etihad stadium show on Tuesday 18th June, they’re at it again. And they’re bringing a heavy metal-inspired pilsner with them. 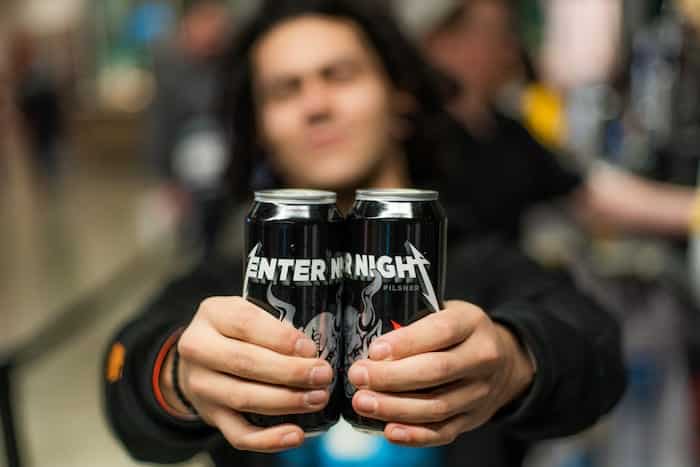 They’ve joined up with San Diego brewers Stone to create Enter Night – a hop-forward pilsner with bitterness on the finish.

First appearing for a chosen few in exclusive releases at the bands’ US shows earlier this year, it’s now crossing the pond with them to land in Manchester this month.

Top Indian street food slingers Bundobust – shortlisted in three separate categories for this years’ food and drink awards – has been chosen as one of the few bars in Manchester to pour it.

To celebrate the occasion, they’ve come up with their own Metallica special too: a heavy metal twist on solid menu favourite the Vada Pav burger, which is also vegan.

They’re calling it ‘Nothing Else Vadas’ after the hit song, and have made it black – of course. 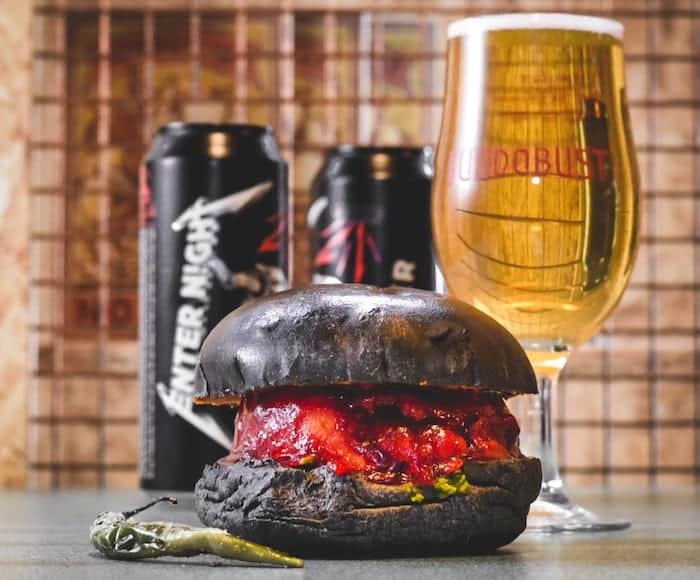 A deep-fried ball of spiced mashed potato, served in a brioche bun, with red and green chutneys, this heavy metal twist on Mumbai’s favourite burger will be available for one day only. And it’s limited to just 25.

Also known as the Bombay burger, the deep-fried potato delight happens to be one of the most legendary street food items in Mumbai, rising to popularity as a cheap and quick on-the-go snack for the city’s many workers.

Bundobust founder Mayur Patel tells us: “With all the buzz surrounding Metallica coming to Manchester and the launch of Enter Night Pilsner, we wanted to have a bit of fun to mark the occasion.

“The dry-hopping gives the pilsner a bit of oomph, so we decided to match it by amping up the intensity of our signature Vada Pav; making it extra large, giving the potato patty a spicy chilli sauce coating, and serving it in a black bun, because metal \m/ .”

Try it at Bundobust on 18th June at 12pm ahead of the Etihad show, while stocks last. 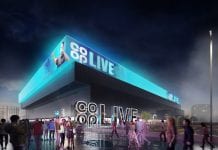 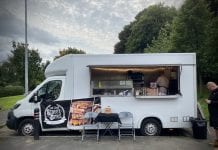