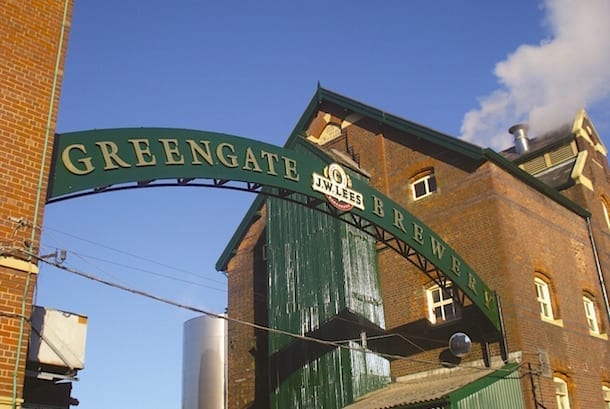 Two of Manchester’s most well-known breweries have teamed up to create a very special beer as part of the inaugural Manchester Beer Week.

Historic Middleton brewery JW Lees is to collaborate with relative newbies Cloudwater Brew Co to create the official beer for the city-wide festival, which aims to bridge the gap between the city’s more traditional breweries and the growing craft beer movement. The beer, the style of which has not been revealed, will be brewed at JW Lees’ Greengate Brewery and be served in both cask and keg form throughout the festival.

It will be JW Lees’ first collaboration in 15 years, after a previous partnership with the world-famous Brooklyn Brewery in 2001.

Michael Lees-Jones, head brewer at JW Lees, said: “We love the idea of bridging the gap between nearly two centuries of brewing heritage and the modern craft beer scene. We love the beers brewed by Cloudwater and we can’t wait to see how our ideas and methods come together for this exclusive beer. We’ve already thrown some ideas about over a couple of pints and the seeds have been sown for something very special.”

Paul Jones, co-founder and managing director at Cloudwater, added: “We’re excited to work with JW Lees to brew a bold, modern beer, seeking to make the best of both British brewing heritage and our forward thinking, flavour-first attitude.”

Connor Murphy is the driving force behind the event.

“Manchester is renowned for both its rich brewing history and for an exciting modern scene that has made it one of the best beer destinations in the country,” he said. “So it’s incredibly exciting to bring two of the most respected breweries from each scene together to create something unique for Manchester Beer Week. The beer will be symbolic of Manchester’s journey and the spirit of collaboration that will be key to the industry’s continued growth in this city.”

The first events for Manchester Beer Week will be announced shortly.