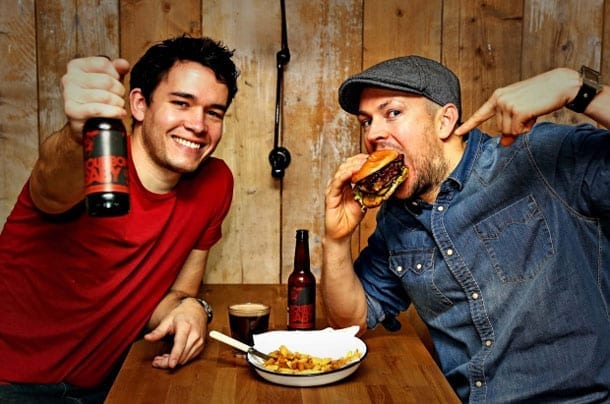 A proper bromance between James, co-founder of BrewDog and Tom, co-founder of London based Honest Burgers. The two fast growing British brands have collaborated to create #BrewBurger.

North meets South, this is the ultimate incarnation of food and beer pairing. The two innovative fella’s, representing their ever-growing brands, have worked closely together to develop not only a perfect beef patty topped with beer candied bacon and a beer BBQ sauce, but also the ideal brew to sip alongside it. 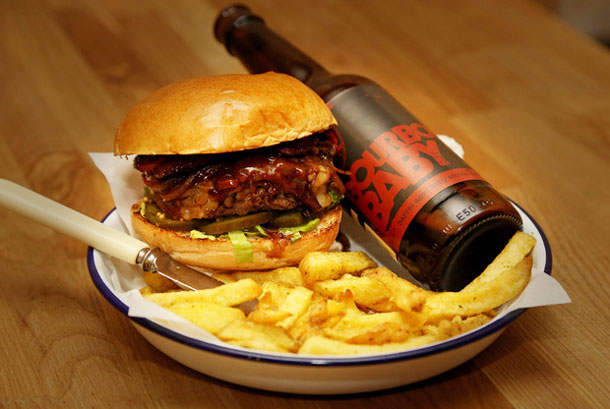 A beef patty topped with Comté, 5am Saint-candied bacon, Punk IPA-fried onions and a barbecue reduction. It’s every bit as good as that sounds – very rich, but in a good way. And just when you thought life couldn’t get any better, there’s Bourbon Baby, a 5.8 per cent barrel-aged craft beer with sweet honey notes designed to complement the burger perfectly. Which it does.

The limited edition beer and burger are served as a pair for £15 from BrewDog (or Honest Burgers if you happen to be down south) from 3rd March until 2nd April 2014.