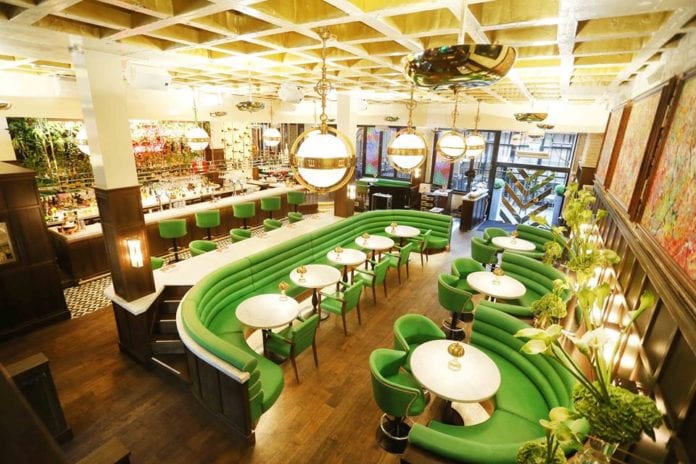 The Men’s Action Network (MAN) is a networking event promising to mix the very best of the new with real face time.

It’s the brainchild of Neighbourhood brand director Ashley Williams and entrepreneur Mike Trott-Barn, who believes there is a niche in the market for an unashamedly male centric networking luncheon for the modern businessman.

“The reality is that networking is still an essential skill that should be fine-tuned and perfected,” says Mike. “Decision makers still value face-to-face contact. Your digital profile is still very much a ‘cold call’ and new ideas need a two-way dialogue.

Scott is one of the country’s leading entrepreneurs, heading up companies with a total valuation in excess of £100m with 400 staff based in Manchester, London and internationally. He founded ANS, one of the UK’s early movers in cloud computing  and now one of Europe’s foremost IT companies, from his back bedroom in 1996 at the age of 22. The company now has over 600 customers nationwide, a turnover of £50m and healthy net profit margins of approximately 10%.

Steve is founder of the Social Chain Marketing agency (Europe’s largest influencer marketing agency). He founded his first internet company at 18, exiting at 21. He worked on Bebo in San Francisco as an entrepreneur in residence / consultant / advisor, and  Product, Marketing and Growth consultant at Fling, Unii and Refme. He co-founded Tippy Tap which went to number one in the app store for three weeks with two million downloads in two two weeks, and co-founded Piggy Break which went to number two in the App Store for one week. He was 2014 Young Entrepreneur of the Year in the Lloyds TSB Growing Business Awards.

The event, which takes place on Thursday 30th June 2016, will see a coming together of like-minded professionals for an afternoon of knowledge share, and great food in great surroundings, all in aid of a good cause, with proceeds going to testicular cancer charity, Baggy Trousers UK.

Tickets cost £45pp and include a welcome drink and three course meal with wine. Sponsorship packages are still available. www.mensactionnetwork.eventbrite.co.uk