This is the place: why Bramhall is buzzing 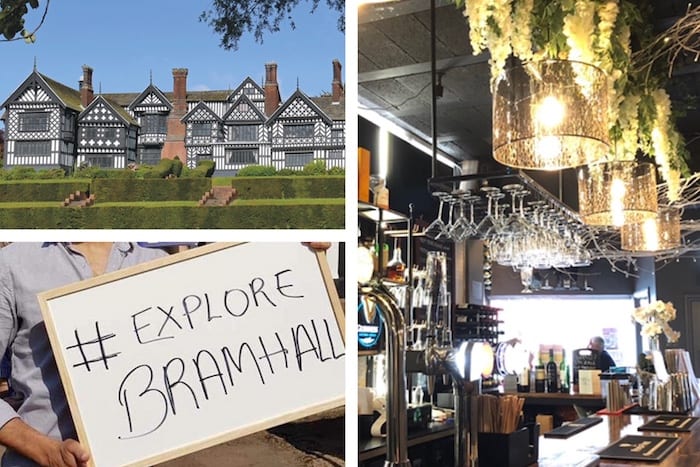 They may have taken Bramhall out of Cheshire in 1974 and lumped it in Greater Manchester as part of Stockport. But you’ll never take Cheshire out of Bramhall.

Despite its affluence, however – houses in Broadway regularly fetch up to £2 million – most locals, who in recent times have included Steve Bruce, Ole Gunnar Solskjaer and I Love MCR columnist Terry Christian, wouldn’t regard themselves as posh.

The centre of Bramhall, which styles itself a “village”, though it isn’t remotely quaint, naturally has its fair share of beauty parlours, upscale hairdressers and fashion boutiques, but since the turn of the millennium, it’s also become a go-to destination for a night out.

Recent years have seen the influx of bars and restaurants gather pace so that the range of dining options is now truly international, though the number of traditional pubs in the village remains at just one. 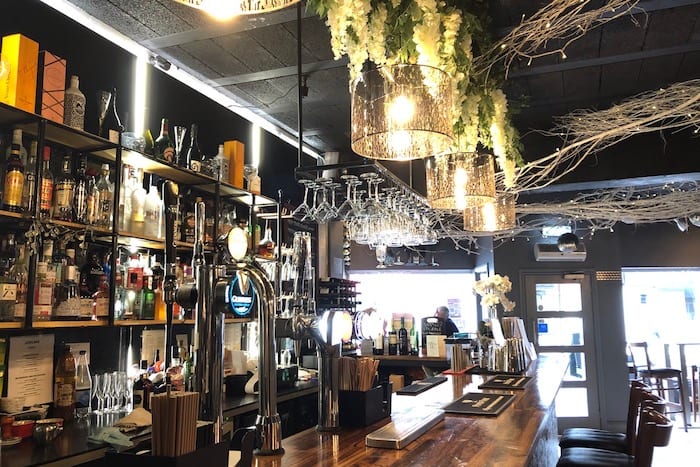 Bramhall Village’s solitary pub is J W Lees’ Victorian, a modern building with a lively bar, open fireplace and a compact beer garden at the back. There’s a full range of the Manchester family brewer’s beers and lagers plus wines and cocktails and a typical pub grub menu.

Great for Sky and BT Sport, not least for the City v United derby to demonstrate Bramhall’s not posh.

The Mounting Stone is a recently opened real ale bar in former shop premises rather than a pub, as is its award-winning sister operation in Cheadle Hulme, the Chiverton Tap. Excellent choice of craft beers and lagers, many locally brewed.

Bramhall’s only other pub, Greene King’s Ladybrook Hotel, is two miles outside the village centre. 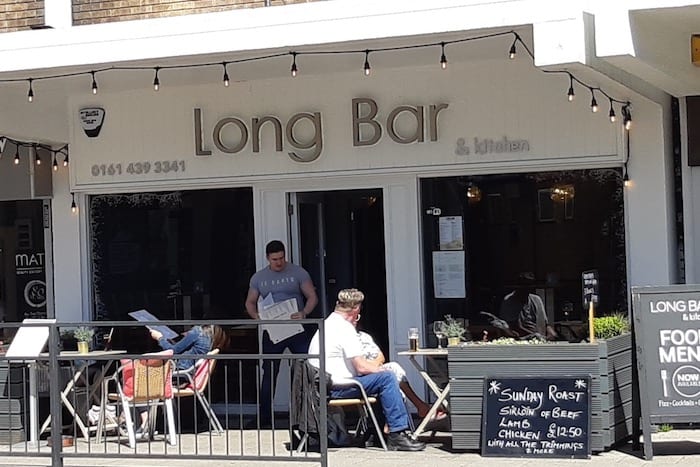 The Long Bar and Kitchen, launched last year, aims for an over 30s clientele and succeeds, majoring on cocktails, very competitively-priced Prosecco and wines on a short list, plus a top-notch menu of small plates featuring flavours of the Med, the Middle East and Asia.

Run by Shirley Lowes and family, Long Bar’s surroundings are suitably glamorous and there’s a small sunny patio at the front.

Next door is the popular Bramhall branch of the Bubble Room Bar & Restaurant, where lots of stripped-back brick and dark wood make for an edgier ambience.

When it comes to a street knees-up, Bramhall delivers. Cheshirefest kicks off the summer over the weekend of 1st and 2nd June at Manchester Rugby Club, Grove Lane with a programme of live music, food and drink and family entertainment.

On 29th June it’s the turn of the Bramhall Village Festival, a free shindig with stage shows with artists performing songs from popular musicals including Mama Mia, Grease and the Greatest Showman. There’s an artisan music, street food and a parade of princesses and super heroes.

The fun continues throughout the year and Bramhall’s Got Talent is sure to make a comeback soon. 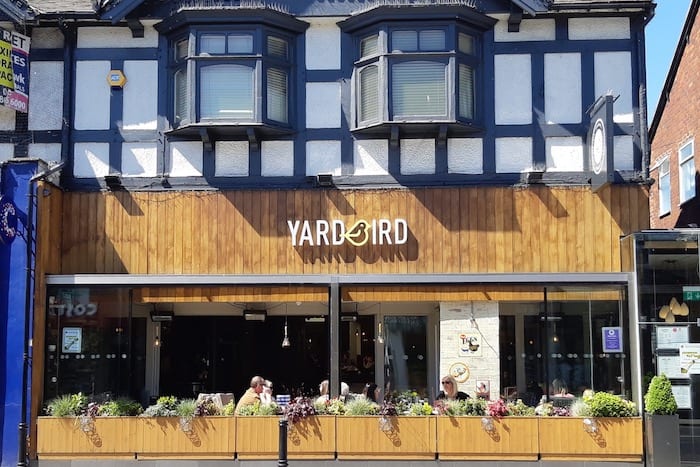 Close by on the same side of the Bramhall village precinct is the spacious, modern, child-friendly Mediterranean and Middle Eastern restaurant Turquoise Gourmet, where set lunches and “early bird” menus offer particularly good value.

Just inside the precinct you’ll find the ultra-contemporary, relaxed and highly regarded Indian restaurant Jalfrezi and, new to the village Square, Pix Pizza has swiftly built an enthusiastic following for the Neopolitan and Roman-inspired delights from the wood-fired ovens. Unlike the Altrincham branch, you can eat in here.

The local taste for pizza is also slaked by Tre Ciccio, latest occupant of the Bramhall Lane site from where Beluga led the way in 2000. Majoring in wood-fired pizza and roasted chicken matched by a good, accessible wine list, Tre Ciccio boasts a huge conservatory at the back with a retractable roof for sunny summer days. 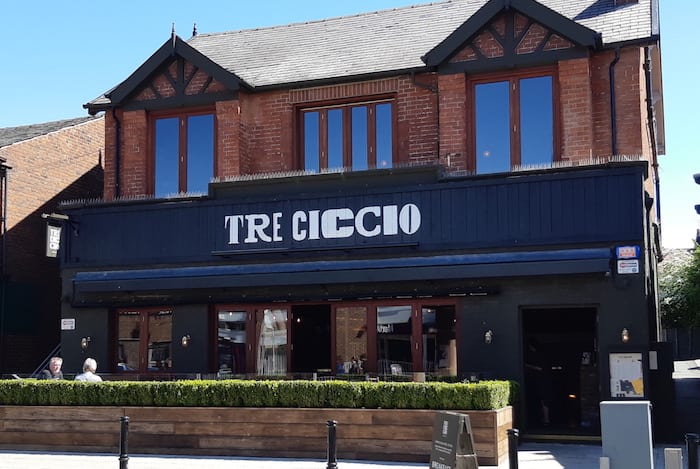 Just a few doors away, relative newcomer Silk Road occupies the former Ego premises and offers an eclectic array of tapas and small plates from around the world in its large 125-cover dining room.

Opposite, Yardbird boasts an al fresco roadside sun terrace and a menu of popular sharers and modern favourites from breakfast and brunch through to dinner and offers a late bar open until 2am on Fridays and Saturdays.

Clustered around the centre are also Chilli Banana’s street food café; traditional Italian Trattoria Romulus’ the smart but cosy and relaxed Juniper Café, open all day from breakfast… and if you still can’t get enough, Pizza Express. 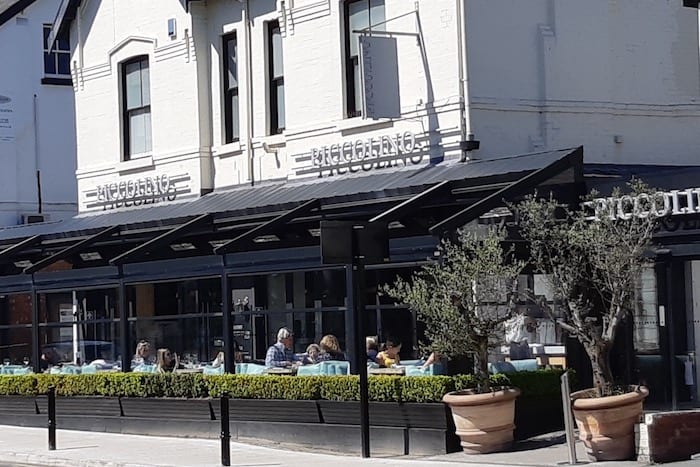 And there just has to be a Piccolino. It’s a big one, bringing the popular Italian panache to a lively, glass terrace-fronted venue in Moss Lane.

About a mile outside the centre, Bombay 2 Mumbai has really made waves since its recent opening, hitting the Good Food Guide for its menu of Indian street food and authentic dishes to eat in or take out. 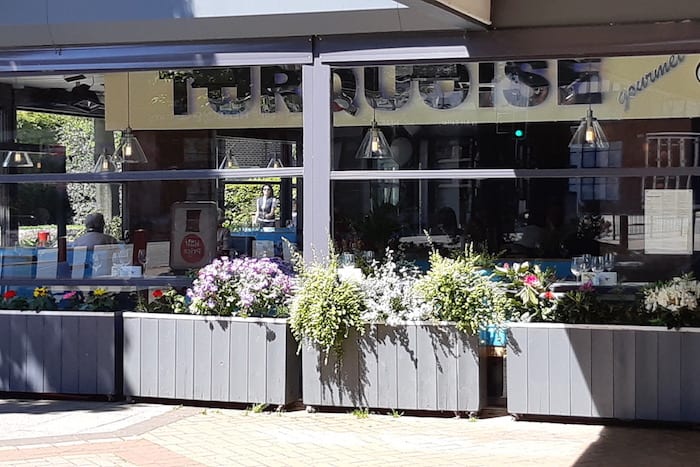 Bramhall may have the reputation for being well heeled, but there’s a lot of competition chasing the £ in your pocket.

Long Bar, for instance, offers Prosecco for £16 a bottle “all day every day” and three excellent “small” plates for £15 at weekends and less than a tenner at lunch times mid week.

Most of the restaurants also offer “early bird” deals: Turquoise, for instance does a two-course set menu with loads of choice for £10.95. 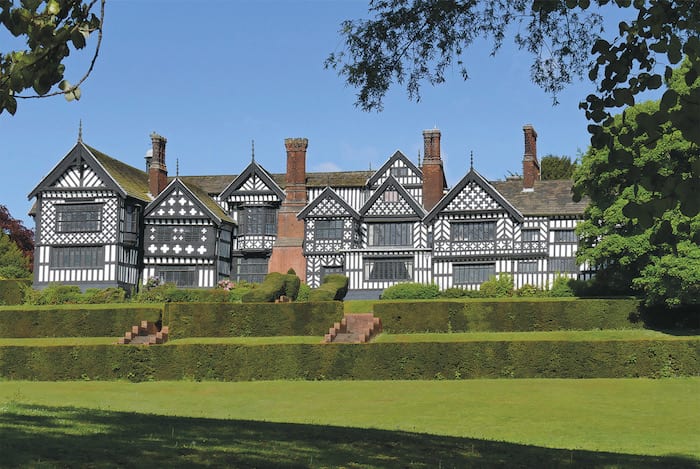 The home of the Davenport family for many centuries, the Grade I listed mansion was recently restored with a £1.6 million grant from the Heritage Lottery Fund and serves as a museum and a venue for many cultural events, educational visits and weddings.

On June 28 Shakespeare’s The Tempest will be staged there.

Bramhall’s bus link to Manchester is the half-hourly 42B from Woodford, a slow coach that is curtailed in the early evening. Other buses run into Stockport, but the train is quickest but only once an hour. Bramhall is on the Manchester-Macclesfield-Stoke line.

Completion of the A555 Manchester Airport link road, which skirts the village, makes life a lot easier for motorists. 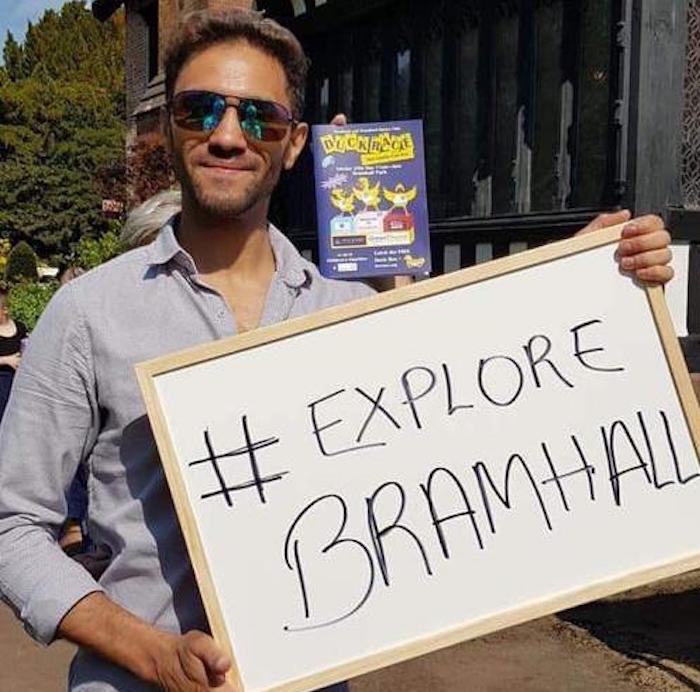 With two rugby clubs in close proximity and no less than three tennis clubs, Bramhall is clubbable to say the least.

It’s local website I Love Bramhall is a well followed conduit for what’s going on.

Brazilian-born hairdresser Ed Mascarenhas, of Ed’s is a leading figure in Explore Bramhall, which, together with the Bramhall Together Trust works to support and promote local business and shopping and organise events like the Duck Race on the Lady Brook and the Christmas Light Up.

He said: “We were invited to the House of Commons by our local MP Mary Robinson who tabled a question during Prime Minister’s Questions asking what more the government could do to support local business.”