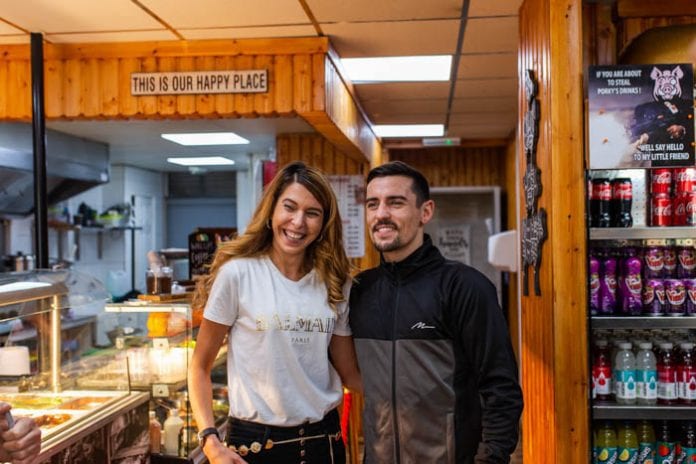 He will soon be jetting to Los Angeles to prepare for his next big bout – but for boxer Anthony Crolla it was all about Manchester’s home comforts at the weekend.

Ant was pictured over at the city’s Porky Pig restaurant, famed for its Yorkshire pudding wraps, where he happily chatted to fans, met staff and signed boxing gloves.

Porky Pig owner Eddie Osman has been pals with Ant ever since they trained at the same gym together back in the day.  So when he asked Ant if he would come and support a special family event at the restaurant on Saturday, he was only too happy to help. 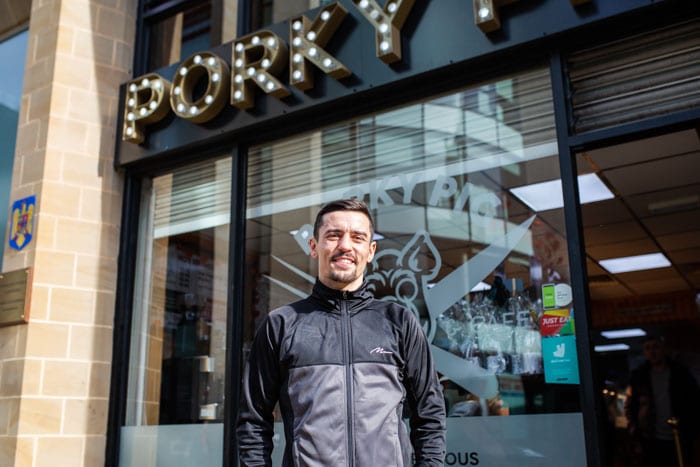 Although boxing fans will be relieved to hear that Ant, who is in the midst of his strict pre-fight training regime, didn’t give in to temptation and sample one of Eddie’s mouthwatering Yorkshire pudding creations on the day.

Ant, known as “Million Dollar” Crolla, faces one of the biggest fights of his career on 12th April against Vasyl Lomachenko at LA’s Staples Centre.

Eddie said: “We trained in the same gym for a long time back in the day, and I got to know Ant then. And he’s the sort of person who will never forget his roots – he’s loved by everyone in Manchester. So when I said ‘are you in town on Saturday could you pop in for me for a bit?’, he agreed straight away.

“But because he’s dieting and he’s in for a big big fight in a couple of weeks time, he wasn’t able to eat any of our puddings.”

However Eddie has a treat in store for Ant when (not if) he wins that huge bout.

Eddie smiles: “When Ant has won his fight then he can come back in and have whatever he wants!”

At the weekend event at Porky Pig on Cooper Street Eddie was giving away tasters of his ice cream Yorkshire puddings to try. 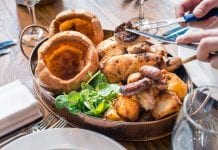 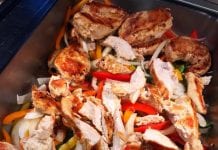 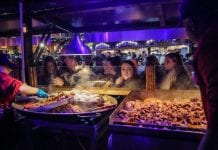