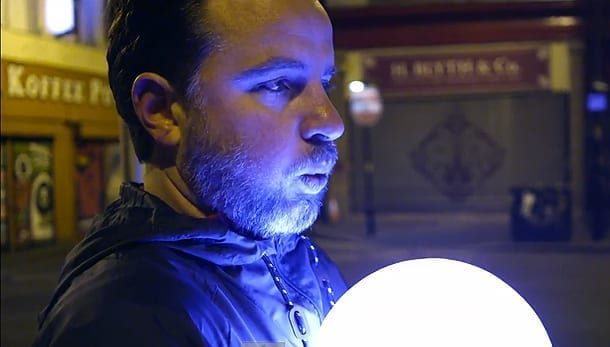 GLOW IN THE DARK bowling balls and flashing pins have been used to immortalise some of Manchester’s most iconic streets on film.

The video created to celebrate the launch of Dog Bowl tracks the story of two teams of two bowlers as they take each other on across the streets of the city late one night. The teams played a conventional ten bowl game using tram lines, roads, public spaces such as Piccadilly Gardens and Spinningfields and a number of the city centre car parks as lanes! 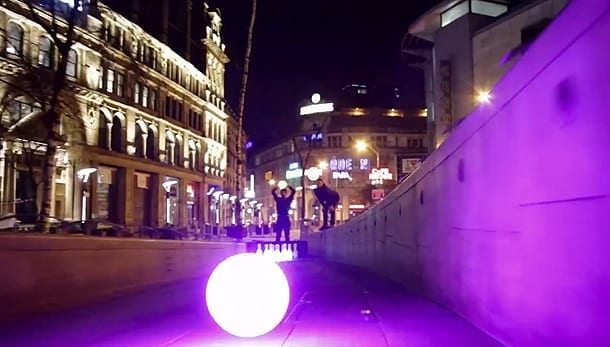 The balls and pins were a new invention created especially for this game. Made to behave just like normal bowling balls from a special polycarbonate with a core of tightly packed LED lights that gave the balls their distinctive glow.

The teams bowled in 20 locations around the centre of Manchester between 8pm and 3am. They started in Castlefield and worked their way around the city in a large loop, taking in Spinningfields, the Norther Quarter, Piccadilly, China Town, Canal Street and Whitworth Street along the way.

The New York style venue will feature the unique personality of the original Northern Quarter hang out with even more fun in the form of five lanes of bowling, accompanied by Black Dog Ballroom’s popular speakeasy and diner.