If you’re after a Christmas party with a difference, then Manchester’s craziest night out Bongo’s Bingo has just revealed its festive dates for the city.

The bingo-rave phenomenon is promising a “spectacular winter wonderland” and plenty of fake snow when they host three festive dates at Manchester’s Albert Hall on Tuesday 18th, Wednesday 19th and Thursday 20th December.

Guests can expect the usual mix of crazy prizes, banging party tunes and box loads of glow sticks for the December events.

Organisers say it has been a “ground-breaking year” for the Bongo’s Bingo phenomenon which has now spread across the UK and into Europe with its nights of magic and mayhem.

The event has modernised the traditional game of bingo – whilst still, at its heart, being about being the first to blob out the numbers to call “house” and win a host of big prizes.

Tickets are on sale now for the Albert Hall dates. 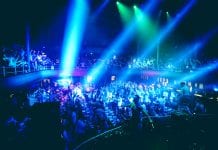 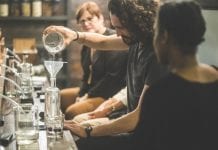