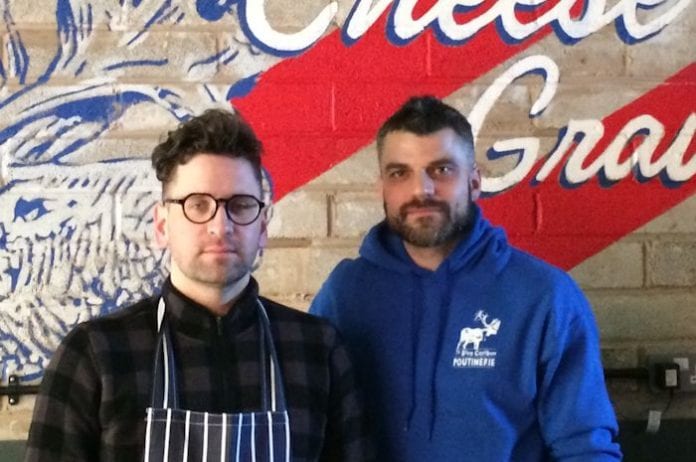 It was around mid-October when I visited Canada with friends. We had it planned for months in advance, making sure that before we got back we’d have at least sampled one dish we couldn’t get in Manchester. And so for a little under two weeks we gleefully gorged on some of the most incredible-tasting foods the Great White North had to offer.

We started in Montreal and ended in Toronto, with a welcome stopover in Chicago wedged in between. After speaking to the natives and hearing their thoughts, it soon became apparent that our biggest problem would be choosing where to eat next. But it was in the French district of Québec where I found my food heaven in the shape of poutine – a staple of the region that combines squeaky cheese curds, gravy and fries that left me satisfied for days.

It was a bittersweet feeling though because deep down I knew that I had to return home and that sweet tasting food would soon become a distant memory. Then something incredible happened. An email flashed up on my laptop and at that moment my mealtime prayers had been answered.

Despite this I still had my reservations. After all, I just came back from the home of poutine so it had a lot to live up to. My initial doubts were soon put to rest however as I tucked into their succulent La Reuben’s, which was moderately priced at £7 for a regular or £9 for large. Served in a handy greaseproof parcel, it features skin-on crispy fries topped with Québec-style cheese curds, artisan pastrami, rich meat and herb gravy, pickle and a mustard drizzle. 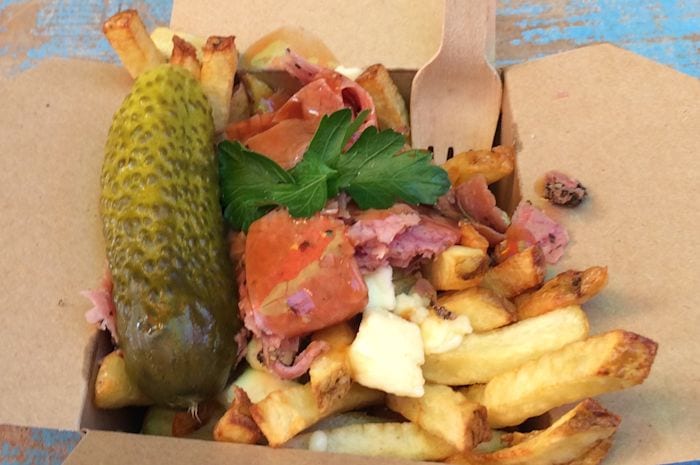 I’m not ashamed to say I ate the lot.

Founded by Graham Gartside-Bernier and his partner Vincent Bernier, the two couldn’t have a more diverse background if they tried.

“One of us is from Bolton, the other from Montreal. We lived in Canada for a number of years and would eat all kinds of poutine on a regular basis. When we settled in the UK, we just couldn’t find it anywhere so we set out on a journey to create authentic poutine here in Manchester.”

And what an incredible journey it has been, having been almost two years in the making. In that time they have spent long nights painstakingly sourcing the right ingredients and ensuring that everything is rooted in Canadian culture, until finally they got their big break after making an appearance at Levenshulme’s Levy Market.

“I was terrified,” said Graham. “I ended up taking too much equipment with me and overdoing it, but after a while you get to learn a few tricks of the trade and in the end everything worked out for the best. People were literally queuing around the block!”

Not resting on their initial success however, the #PoutineBoys (as they’ve been affectionately christened on Twitter) have moved on to bigger and better things and are already planning for the future.

“We have Canadian ex-pats seeking us out. We recently held a Canada Day celebration and we were told by a Toronto native that it was the best poutine they’d ever had!”

So if things go to plan, we could soon be seeing the boys taking their one-of-a-kind poutine back to the motherland. There’s probably no higher achievement than that. But I’d prefer it if they stayed right here in Manchester.

If you’re passionate about food and want to try possibly the best poutine this side of Montreal, check out Blue Caribou Canteen. Visit bluecariboucanteen.com for more details.