The Morning Service at Red's Manchester... 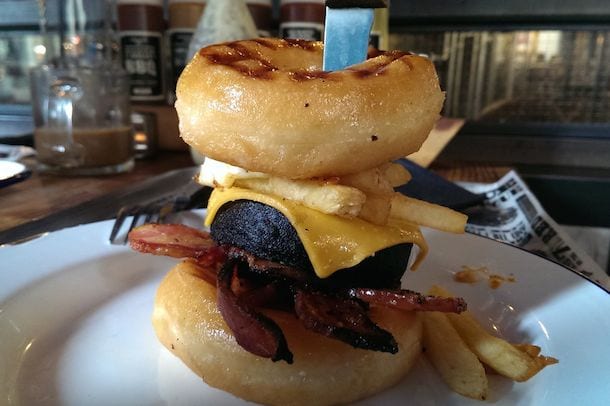 Too late for breakfast, but too hungry to wait until lunch? A common problem.

Especially if you’ve been out for a refreshing ale or seven the previous evening.

And it offers quite the pick-me-up. 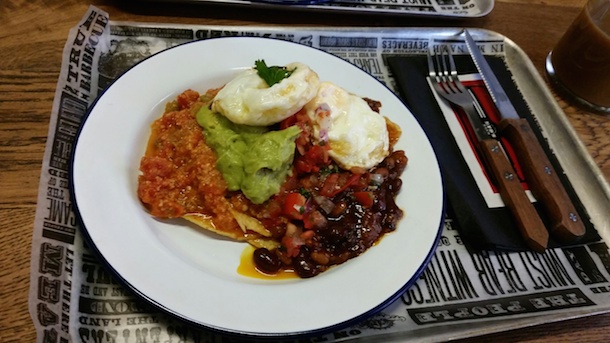 For those after a more traditional fry up though, the Red’s Country Fry (£8.95) should suffice. Smoky sausages – they pack a bit of a punch too – crispy bacon, a rustic homemade hash brown, eggs tomato and mushroom should see you way past lunch. It also scores extra points for being gluten free.

For a lighter appetite, there’s granola, fruit and yoghurt too (£3.95), and a couple of other smaller dishes.

Polar opposite of light, why not try a Breakfast Donut Stack (£7.95): melted cheese, crispy black pudding, and peppered bacon with stacked fries and Dirty Hollandaise; all between a sweet glazed donut. I know!

Brunch is a growth market and Red’s has more than enough to justify the trip. The venue has really established itself in the city now, and grown into the space it occupies just near the town hall. It’s just as good for post-work drinks in the bar as it is a laid-back brunch.

In fact, after going through the Bloody Mary selection, you might be so laid back, it could be hard to get up again.

The Morning Service runs every weekend from 9am – 12pm at Red’s Manchester.

Full menu here to salivate over.