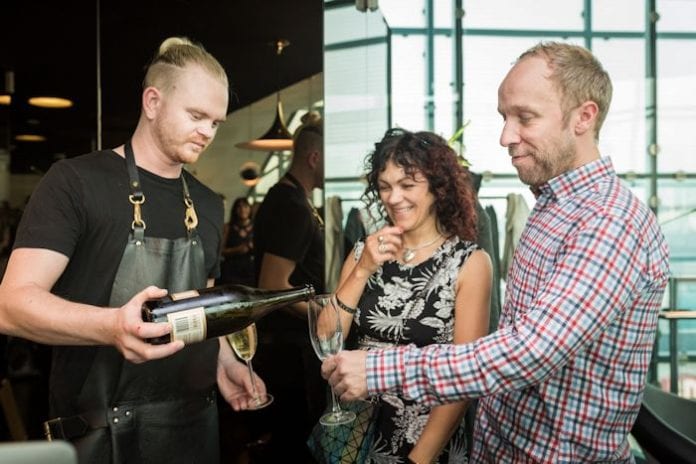 For VIP guests on the opening night of the 20th anniversary Manchester Food and Drink Festival, the world was their oyster. Literally.

Oysters with wasabi pickled ginger pearls were among the madcap but exquisite canapés served with celebratory fizz in the lofty cocktail bar above Michael O’Hare’s ‘space-age Asian’ restaurant The Rabbit in the Moon.

And the opening set piece event at the festival’s Albert Square Hub – which boasts marquees to make the Great British Bake Off envious – was a tasting of champagne with oysters courtesy of Randall and Aubin, the acclaimed Soho seafood brasserie and rotisserie restaurant that opened its Manchester branch on Bridge Street earlier this year.

The first event, showcasing superb French oysters from the Biscay shore and R&A’s own champagne, 100 per cent pinot noir sourced from a small producer, was a complete sell-out.

Manchester is at its best when it is buzzing and the city’s emblematic bees were hard at it from the start. MFDF partner restaurant Rabbit in the Moon was a fitting place for the opening party corks to be popped with its Peter Pan’s eye view over the city centre rooftops – the glass walls of the Urbis building are not frosted at that level.

The biggest urban food and drink festival in the UK is unfolding in the streets and squares below for 11 eventful days. 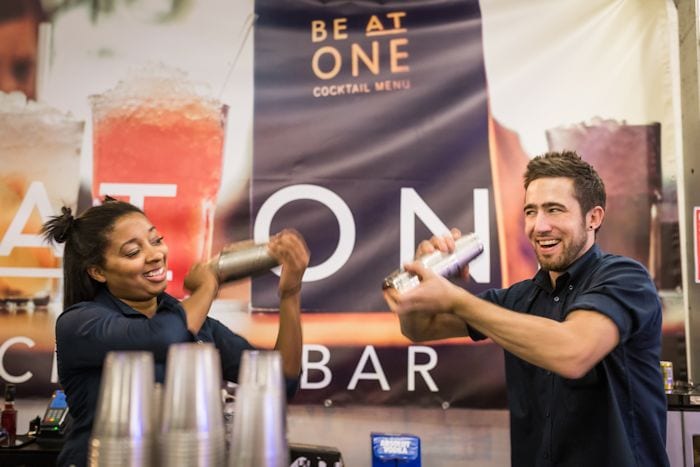 The canapés were indicative of the Rabbit’s quirky but brilliantly inventive cooking style which brought O’Hare’s Leeds restaurant, The Man Behind the Curtain, his Michelin star in double quick time. Along with the oysters came mini burgers and hot dogs – but the burgers contained crisp and melting sweetbreads and the dogs harboured char sui octopus.

Blessed with a balmy first evening, The Hub was busy and alive with bibbers and grazers from the word go. There are two centrepiece marquees in Albert Square surrounded by a corral of pop-up street food vendors, the FeverTree Gin Garden, bespoke Cider Bar and the mobile wine bar Vin Van Voom (last spotted, by me at any rate, at Mickey’s Boatyard, Abersoch).

The second, open-ended, marquee houses the Manchester Beers Bar, venue for an MFDF-long beer festival featuring many of the city’s finest brews, cocktail bar and a stage where an eclectic mix of top live musicians will perform three sessions daily – lunchtime, teatime and suppertime – throughout the festival.

What’s more, half-way through the festival, it’s all change. From October 4, another 14 vendors will replace the opening team, providing another global culinary adventure. This time the offer will range from Bakchich’s authentic Lebanese street food and Granddad Bernard’s Bury sausages and black pudding to Iberica’s chicken and seafood paella and Holy Crab’s seafood snacks. At the festival Hub, the whole world’s your oyster.

Meanwhile special menus and offers are being featured at dozens of participating bars and restaurants across the city for the whole duration of the festival, which reaches its finale with the gala dinner and awards presentation at Principal Manchester Hotel on 9 October.