The biggest party week of the year... 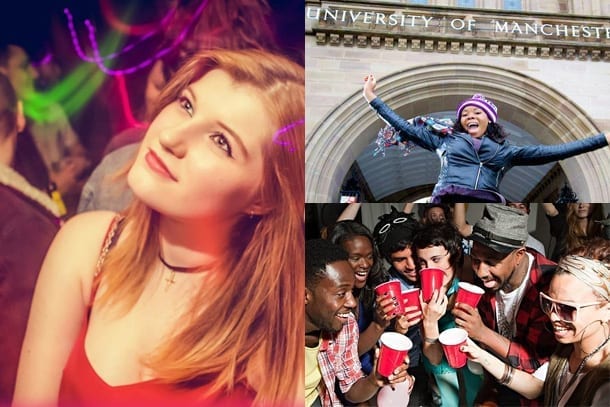 With not long to go till the biggest party week of the year, we’re going to give you the biggest highlights of the week. It’s the best chance you’ll get to meet people, so grab a wingman and stock up on paracetamol because it’s bound to get messy, says Elliot Garlick…

Before we start, you need to know that most of your student unions and clubs will be open 24/7 during Freshers, so the streets will be swimming in vomit and dropped kebabs on Monday. But we can’t cover every celebrity DJ that comes along, so we’re going to focus on parties put on for Freshers to meet and mix.

However, if you aren’t from Manchester and want to explore the city, there are some smaller events listed to help you find everywhere. Enjoy!

Okay so technically this one is the day before Freshers starts, but don’t worry. If you’re going to Manchester Uni or MMU, this is going to be the best opportunity to meet everyone you want to know.

But it isn’t just a getting-to-know-people thing. The Icebreaker is going to be one of the biggest parties this year. They’ve got OAPs breathing fire and Oompa Loompas giving out sweets, they’ve got friggin 9FT ROBOTS that fire FOAM AND LASERS. It’s a ticket-only event (don’t make the mistake of just showing up) and at £8.90 it will be one of your best buys this term. Don’t miss out.

Do you avoid clubs because of the music? Tired of the same repetitive songs every night? Well you’re in luck, because this year Antwerp Mansion is holding a Freshers party more aimed at music than getting paraletic (although there will be that, too). It’s half an hour from the city centre, which makes it a bit of a trek, but tickets are only £3 online and it is one of the best live music venues the city has to offer. There are definitely worse ways to spend a Tuesday.

Pro-Tip: Get a cheap phone just for Freshers. A lot of stuff gets lost or stolen, so spend £11 at Tesco now instead of losing your Iphone later.

F*ck Me is a lot like the icebreaker. It’s fun and social but there is one key difference; it’s midweek.

Why is this such an important difference? Two reasons. You’ll have met a ton of new friends to party with. They want to keep you drinking, so they dial down the prices.

Nearly everyone you will meet at this party will have been drinking for a solid four days (me included) and they will be loving it. There will be back alley snogs, a girl who starts crying and you will discover who the chunderer is out of your friends (just pray it isn’t you).

Pro-Tip: Always have your ID. There is some breed of stupid that thinks Student ID works as actual club ID. It doesn’t, and you’ll just end up looking like a dick. Don’t be that guy.

Now I know what you’re thinking. Are all these events being held at the same club?

The answer is yes. Most of the biggest events are being held atn TigerTiger in Manchester. But don’t worry, if you’re at the club then you’re in the very heart of Manchester, across the road from the Birdcage and around the corner from both Manchester’s famous gay village (good for a night out regardless of orientation) and the Northern Quarter, which is choc-a-bloc with independent pubs, clubs and bars that would love to help you spend your student loans.

If the ‘Zoo’ part doesn’t give it away already, this party is going to be an animal-themed costume event, with facepainting and onesies everywhere. If a little bit of fun and silliness sounds like your thing, then you could do worse than buying a ticket and heading over with your mates. Even if it doesn’t and your new flat BFFs bully you into coming out, there’s still a ton of stuff to do.

Pro-Tip: Go online, buy a SIM card for a pound. You will regret giving some people your number, and this way you can throw it away and forget they exist.

Blowing out Freshers with a bang will be Antwerp Mansion, who have planned an evening packed with pole dancers, fire hoopers and GIANT adult inflatables. This event will be the last BIG one of the week and the tickets are only a fiver, so they will go fast. You will be desperate to drag Freshers out for as long as possible and this will be your last chance, so grab your flatmates, buy the tickets and go out in style as the Champions of Freshers.

Pro-Tip: Get a few Freshers outfits. Between the foam, paint and vomit, some of your clothes are going to get messed up. Manchester has a MASSIVE Primark where you can buy single-use party outfits for cheap, so you don’t get yesterday’s lunch all over your YSL.

The Liars Club is one of Manchester’s favourite underground club/bars, known far and wide for making drinks called Zombies that really do live up to the name. On the 22nd, they’re holding an 80’s themed party, so you can follow the stream of afros and flared jeans to your destination. Best part? Free entry.

Freshers Zoo not your thing? Getting kind of tired of Tiger Tiger? Sound Control, an indie/alt club with plenty of indie/alt people, is hosting Danko Jones, a rock trio from Canada. Never heard of them? Neither have I, but Sound Control always fills up on rock nights, so getting in on the ground floor is a good idea.

Instead of focusing on pop or house music this Freshers, you could always take yourself down to the Night and Day cafe for their infamous Rock ‘n Roll Night. Dialling it back about thirty years, this is another event that focuses on the music more than the drinking, but there’s a bar, rock music and free entry. What more could you really ask for?

Word of Advice: You don’t have to go out every night. Throw a flat party or two, get to know your neighbours. But you have to make the most of Freshers or you’ll regret it all year.

Three of the MAD portfolio of bars in the trendy Northern Quarter will host Student Nights on Tuesday 22nd September as part of the Student Take-Over celebrations. Take your pick from hip-hop and RnB at Hula and Walrus or a bit of electro jazz at The Fitzgerald…. Or why not visit all three!

Just ahead of its exciting new refurb, Walrus – one of the original and best cocktail bars in the Northern Quarter – is playing host to Mr Kenzo from the famous Murkage Cartel, spinning hip hop, R&B, and 90s classics on the decks from 9pm. House cocktails are just £5 all night, or if you prefer, get a beer and a shot for £5 as well. Walrus is renowned for its fantastic food during the week and being the home of Manchester’s finest DJs every weekend.

Hidden bars are all the rage and for the most authentic speakeasy atmosphere it has to be The Fitzgerald – a cool, dark and mysterious drinking den that serves up award-winning cocktails and plays host to great live music every Thursday. The student night will see the resident DJ spin electro swing and jazz from 9pm, and you can get 2 for £10 all night on a selection of their irresistible cocktails.

Hula is the original and of course, the best late night Tiki bar in Manchester – expect copious amounts of rum, fire, and debauchery. The one and only DJ Nic Kozubik will be providing the hip hop and party anthems soundtrack, so you can kick off Fresher’s Week in style. Hula are famous for their Zombies, and for the student night you can get 2 for £10 all night. Other drinks offers include 2 Jäger bombs for £10. You won’t forget this bar in a hurry!