Manchester’s Bierkeller has caught World Cup fever. As well as screening all the action from this year’s tournament, fans can expect football-themed events and a food and drink menu with a distinctly global appeal.

The Bierkeller Entertainment Complex consists of three venues in one: the traditional Bavarian Bierkeller, the Around the World bar, and Shooters, Manchester’s biggest sports bar.

Visitors will be able to watch live World Cup action throughout the tournament on the venue’s 20+ HD flat screen TVs as well as the largest non-cinematic screen in the city – a HD LED TV wall measuring a massive 4 metres x 2 metres.

The tournament kicks off on Thursday 14th June at 4pm, with the opening match between hosts Russia and Saudi Arabia.

For England’s match against Tunisia on the 18th June, Shooters will be teaming up with Thesportsman.com for a special event with Bell and Spurling from 6.15pm.

The pair are best known for their hit singles Sven Sven Sven and Golden Balls about Sven Goran Eriksson and David Beckham respectively ahead of the 2002 World Cup,

Both songs achieved cult status and sold over 300,000 singles, staying in the UK top 40 singles chart for over eight weeks. 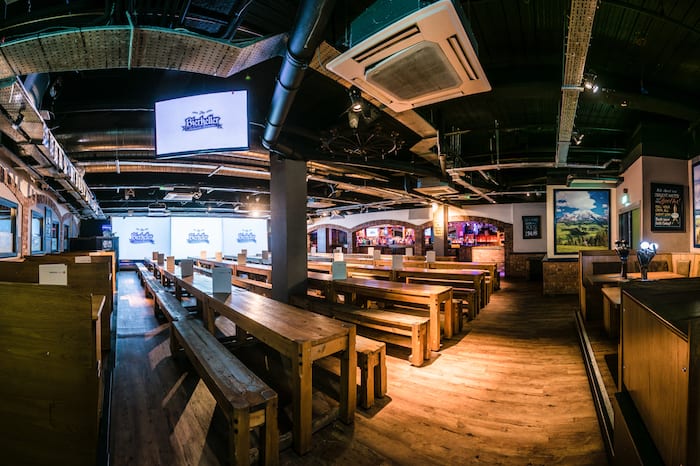 Bierkeller has also teamed up with Beer Monkey Brew Co. to offer its exclusive World Cup Beer, Three Monkeys, for just £2.50 throughout every game. You’ll also find bottled favourites such as Erdinger and Paulaner Hefe Weissbier and a range of on-tap favourites, wines and spirits.

Alongside the comprehensive drinks menu, the venue will also be serving up its new food menu with dishes from across the globe. The World Cup-inspired offering includes German bratwurst, American wings ‘n’ ribs, Mexican nachos and more.

If you want to guarantee the best seats in the house for the World Cup, you are advised to book in advance to avoid disappointment, especially for England’s three group games against Tunisia on Monday 18th June, Panama on Sunday 24th June and Belgium on Thursday 28th June.

Booking ahead ensures waiter service so you can watch every pass, goal and dodgy decision without having to queue at the bar.

To find out more or to book a table, visit thebierkeller.com or call 0845 482 0560. To book a package for the World Cup, visit shootersportsbar.co.uk/manchester/packages. 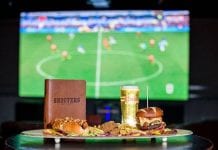 Watch the Premier League at Bierkeller with big screens and drinks delivered to ... 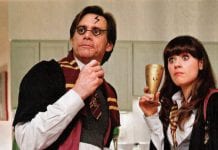 There’s a Harry Potter quiz at Bierkeller this weekend – and you can... 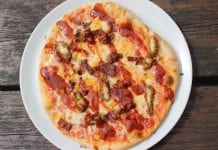