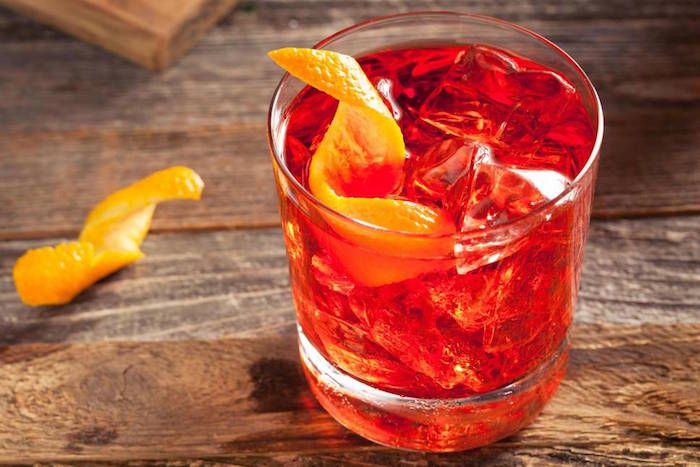 All hail the Negroni. The most delicious of bitter cocktails, the perfect elixir for any time of day. It’s booze on booze on booze, and yet it’s so damn refreshing. Dangerously so, some might say.

This year marks 100 years of the good stuff. To celebrate, bars around the world are offering their take on the ruby red charmer.

Happily, the end of June also marks Negroni week, where bars and restaurants mix classic Negronis and variations for charity. So you can raise your glass for a good cause.

Created in 1919 by Count Camillo Negroni in Florence, Italy, the Negroni is, in fact, a variation on another classic Italian cocktail, the Americano.

A combination of Campari, sweet vermouth and soda water, the Americano was originally known as the Milano-Torino in reference to the origin of its two key ingredients – Campari from Milan and Cinzano sweet vermouth from Turin – but its name changed during the prohibition era after it became a hit with American tourists. 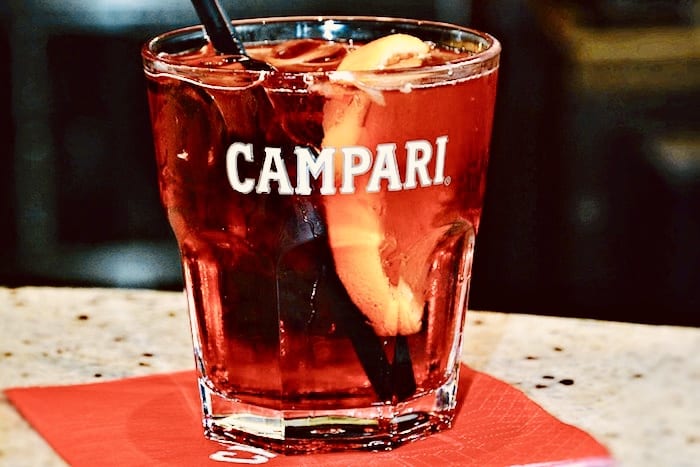 It was a century ago that, so popular legend has it, Count Camillo Negroni asked his friend, bartender Forsco Scarselli, to replacing the soda water in his Americano with gin. Scarselli also switched out the lemon for orange, and so the classic aperitivo we know today was born.

Or so we think. There is also a rather compelling counter-story, that says the drink was in fact created in Senegal in 1870 by one General Pascal Olivier Comte de Negroni.

Origins aside, it’s been at least 100 years since the drink first took hold (maybe 150 if you buy into the Senegal story), and over that time bartenders around the world have been busy fixing up their own versions on the classic.

Purists still extol its prescribed equal-parts make-up of London dry gin, Rosso vermouth and Campari, but not all incarnations are so strict. Campari is universally considered a non-negotiable component, but everything else is fair game.

In Manchester, variations abound. You’ll find Sbagliatos, or ‘Negroni incorrect’s, which switch out gin for prosecco to offer a lower ABV take on the classic. At the other end of the scale, there’s the Boulevardier, which uses rye or corn-based whiskey as its base to make something big and bold.

Some bartenders stir them down in a mixing glass and strain, others consider it sacrilege to dilute the holy trinity at all. It’s a mixology minefield. Fortunately, we’ve tried and tested enough to know where to avoid, and where you can find the best.

So, where are the good Negronis hiding in Manchester, you ask? Well, we’ll tell you. 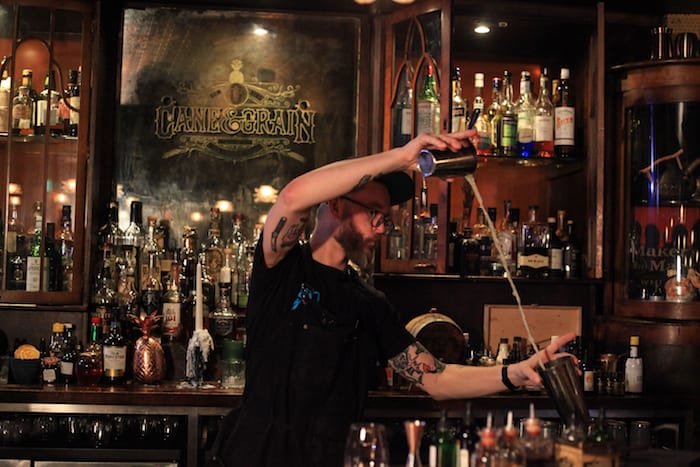 As part of the centenary celebrations, a series of six themed menus are launching exclusively across the UK, and Science + Industry have been selected to represent Manchester with a special menu focused on Negroni classics.

Available all week until 30th June, choices include the Sbagliato, which replaces gin with wonderfully expressive Berry Bros Cremant, and the Café Martinique – a blend of Campari and Portobello Road, with bitterness added by Cocchi Americano, green tea syrup and a subtle kick from Trois Rivieres Cuvée de l’Ocean. 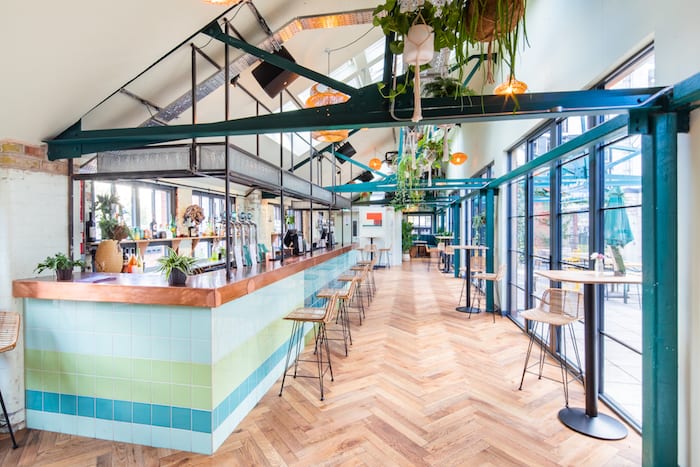 Four storey music venue YES! isn’t just on point with its music selection, it can be relied on for a damn good Negroni too. Batched in advance, here the Negronis come on tap from a big wooden keg behind the upstairs bar, guaranteeing perfect Negronis every time with a hint of oak-aged finesse.

Enjoy on the adjoining terrace if the weather’s behaving, or if you’re there to watch a gig slip it into plastic and feel like the most sophisticated drinker in the room. 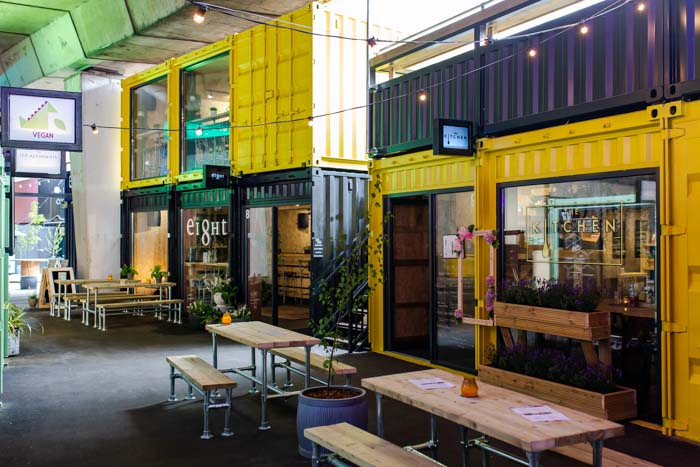 There are so many great twists on negronis out there to be enjoyed, and Number 8 at Hatch’s complete English Negroni is one of them.

Made with equal parts Sacred London Dry gin, a liqueur of English rosehips and rhubarb, and English spiced vermouth (made using English wine from Gloucestershire and organic wormwood and thyme grown in Somerset), we love this twist on the classic.

The bartenders at Hawksmoor are more than capable of making you a perfect classic Negroni, but if you fancy something a little more imaginative try their Auld Pal from the menu’s Pre-Prandial section.

Two steps away from the classic, it replaces gin with a big, rich Scotch and uses Regal Rogue Dry Vermouth in the place of the traditional sweet. Delicious. 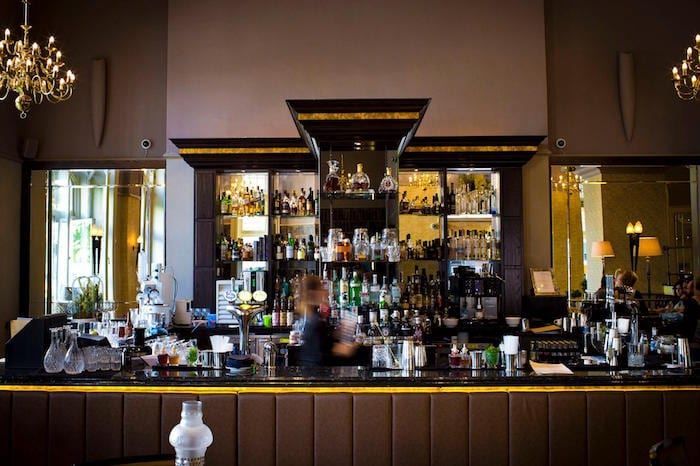 Head to Mr Cooper’s for a classic Boulevardier made with the finest bourbon, sweet vermouth and the obligatory Campari. Rich and intriguing, it’s been described as the Negroni’s long-lost Autumnal cousin.

Its creation is ascribed to Erskine Gwynne, an American-born writer who founded a monthly magazine in Paris called Boulevardier, from which the drink takes its name. 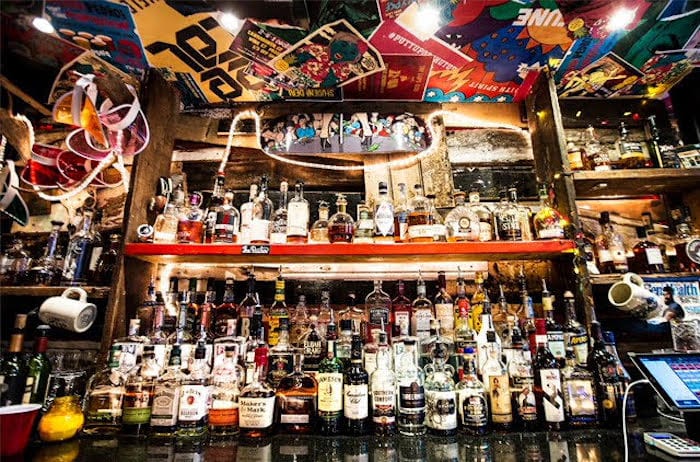 A bit of a wild card for a Negroni joint, but Bunny’s honestly serve up some of the best Manchester has to offer.

The secret? They build them in the glass. No long-winded stirring here, no risk of over-dilution, and – as a result – no long wait. The staff aren’t even really meant to stir them. Just wham, bam, thank you ma’am – great Negronis, every time.