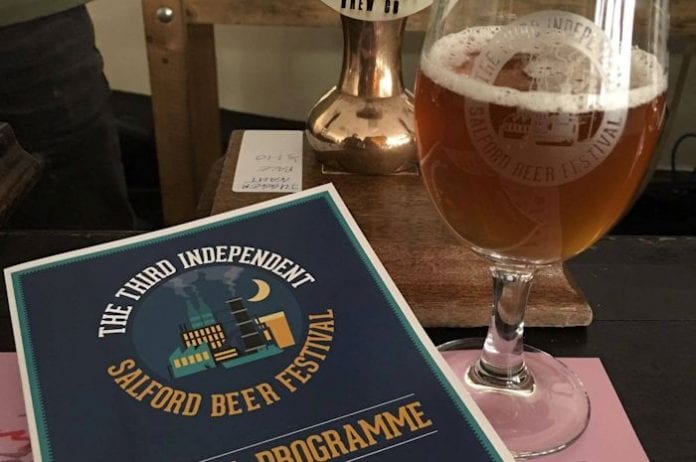 When it comes to craft beer, sometimes the product itself can steal the limelight – go ahead and order the best micro-brewery offerings around, but if you can’t keep it well or you charge astronomical prices, the punters won’t enjoy it.

The Crown and Kettle – a grade II listed building – was for a long-time my favourite real ale pub. Friendly, full of character and lots of great cask and keg beer. But perhaps the best thing about this old boozer was its manager, Jason Stephenson. Neither a beer snob or elitist, Jason managed a pub that served craft beer, not a craft beer pub. There’s a big difference.

In recent months Jason has moved on from the C&K but not out of beer because he and his good friend Cameron Kantar have been working towards the launch of Juggernaut Brew Co – born out of two big kids who still love games, cartoon, gore films and Japanese RPG stories.

“Our main set of pale beers will be fresh and hoppy,” says Jason “but whilst brewing them we will be creating a few series of small batch brews to try a few off the line ideas – over the top big flavour beers, aged beers with organic ingredients and keeping them all craft beers in both cask and keykeg. We will be creating more and more characters to live in our Juggernaut world.”

Until they find their feet, the chaps will be gypsy brewing, but rather than rely on someone else’s kit entirely, they have their own 800l fermenting vessel on the way. For the moment, the small batch brews are coming out of Temperance’s Street’s Beer Nouveau, who for a while, used to be the smallest micro-brewers in the UK.

They launched their first beer at the last ever Independent Salford Beer Festival, run by Jim aka BeersManchester to his many admiring Twitter followers. Don’t get caught napping here. There’s still time to get down there for the Saturday session. But you’ll have to be quick to try the Juggernaut, I imagine. So what to expect?

“This pale ale is full of American and German hops with Maris Otter and Vienna malt giving a well balanced biscuits base with slight bitter nods but with clementine freshness. The FV was re-hopped with Czech Dry hops to add to the fresh fruit tone.”

And so, as sad as it is to see Salford Beer Festival bow out, we can take comfort in the fact that a promising new micro-brewery is already making its mark. Mine’s a pint, lads. Cheers.

The last Independent Salford Beer Festival 2016 is at St Sebastian’s Community Centre M6 6ES from Thursday 20th October till Saturday 22nd October 2016. If you seriously love beer, then missing this would be criminal. And you don’t want to be a criminal now do you?