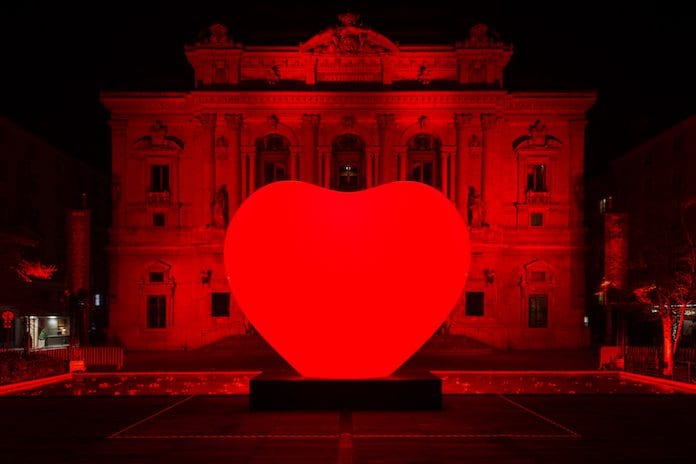 A giant beating heart has appeared in Spinningfields’ Hardman Square in time for Valentine’s Day.

Previously seen in destinations such as Singapore and France, Pelletier’s With Love takes the pulse of a city by sensing light, temperature and atmospheric pressure. 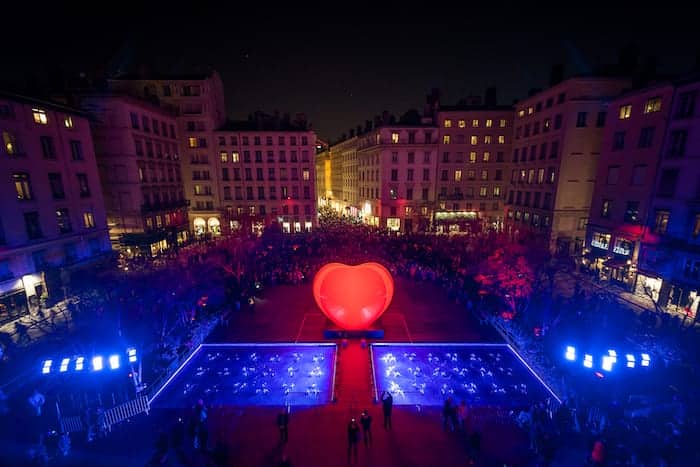 This is then converted into flashing lights which represent its heartbeat.

For the artist, the giant heart acts as a symbol of both life and love. It never stops beating, just like the city itself.

It has been unveiled today and will be a fixture in Spinningfields until 16th February.

This week, passersby can stop in front of it and push a button to hear their own heartbeat through music.

And With Love is not the only Valentine’s-inspired installation making an appearance in Spinningfields this week. 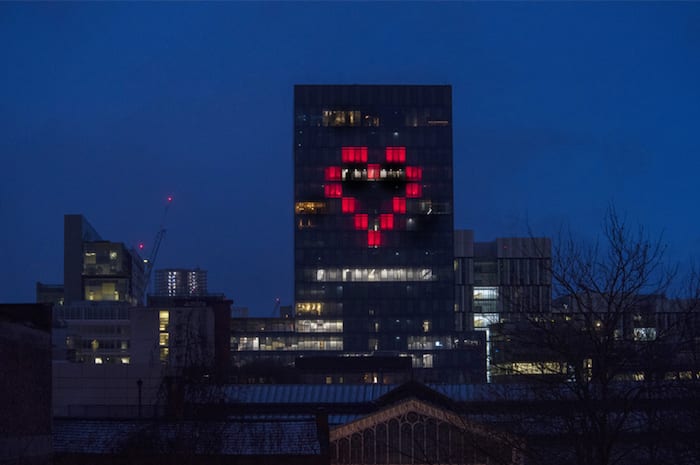 The Heart of Manchester, which was first commissioned to appear on the Quay Street façade of No1. Spinningfields last year, has returned to the district again.

Creator by artist Stuart Langley, it uses the frontage of one of the city’s tallest skyscrapers to create a blank canvas for the neon light installation.

The Heart of Manchester is best viewed from the Deansgate Castlefield Metrolink stop and will be on display until Sunday 16th February.