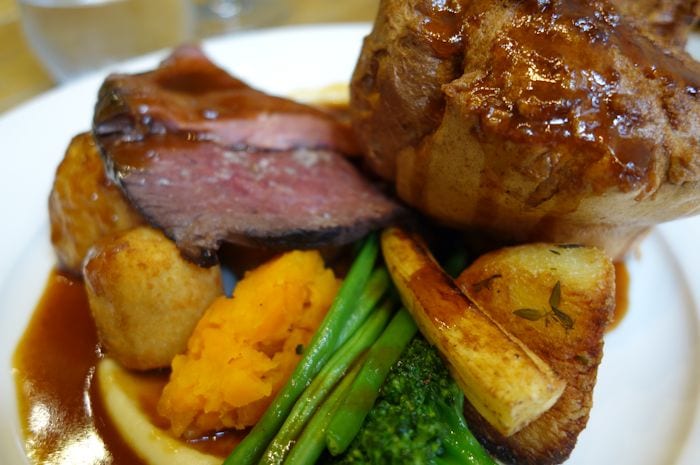 I am at the stunning Midland Hotel for the second time this week. Lucky me. This time I’m visiting Mr Cooper’s on my ongoing quest to find the best Sunday roasts Manchester has to offer.

Opened in 2013, Mr Cooper’s House & Garden is named in tribute to Thomas Cooper, whose renowned 19th century garden once occupied the same site. The garden was famous for its strawberries, gooseberries, apples and flowers. For a chef like Simon Rogan, whose unique style of cooking aims to extract maximum natural flavours from the ingredients, this seems particularly apt. 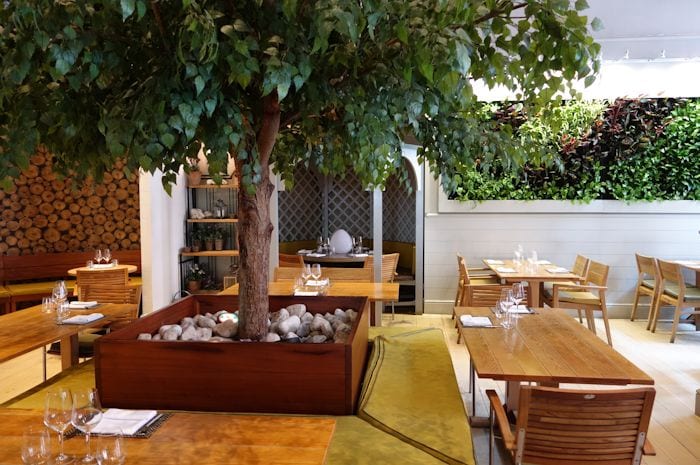 I’ve visited Mr Cooper’s on a few occasions and have often thought what isn’t such a strong fit considering the grandiose setting is the garden furniture style fittings. That probably makes them sound worse on the eye than they actually are (and I understand the concept of making the space less formal and more approachable). It’s actually very comfortable. I just wish the interior made me feel more jubilant. I want it to celebrate the glorious setting that is The Midland Hotel and take no prisoners!

Rant over. Food and drink are my main priority from here in. All the menus list ingredients more so than the dishes and what you are actually getting. Although you get an idea of the flavours, these descriptions can be misleading. The Master & Margarita cocktail is not a margarita at all but a very delicate balance of rhubarb vodka infused with coriander and sweet Riesling wine. The Mrs Kirkham’s cheese puffs are not cheese puffs at all, but very cheesy, crispy and light popadoms. Gorgeous all the same. My point here is that Mr Cooper’s lose a point for miscommunication. But they don’t lose any for taste.

Their Sunday roast menu is a set menu that changes weekly, with roast topside of beef a constant, and changing starters and desserts. You can choose two courses for £16 or three courses for £20.

For starters, pistachio cream and tarragon oil is served in the bowl, to which your server pours over carrot soup. It was thick, rich, packed with herby nutty flavour, and delicious.

The roast itself has to be one of the best I’ve tasted. It has more of a fine dining edge, so your plate isn’t overflowing with food, but for me this was perfect. Roast topside of beef was the most succulent, juicy, fillet-like beef I’ve eaten for a roast dinner. The potatoes were just dripping with beefy flavour. Bubble and squeak croquettes were light and fluffy. A champion Yorkshire pudding. Great colourful veg. And a very satisfactory roast gravy (they probably call a jus here!). I can’t praise it enough. 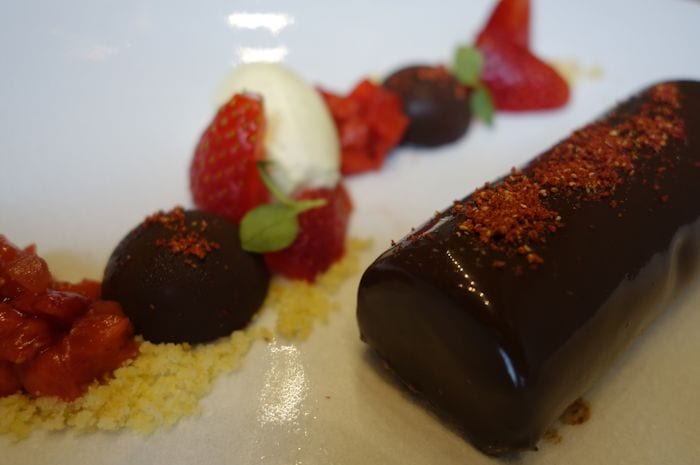 The dessert, again, was faultless. Chocolate (like a chocolate mousse parfait), Earl Grey tea (not sure where) and strawberries (some fresh, some marinated – maybe in the Earl Grey tea?) It’s that strange description thing again, I wasn’t sure what I was going to get, but by this point who cares! Wines were similarly impressive especially their Pulpo Albarino intense white we drank with our starters (£7.70 for 175ml).

This was a triumphant Sunday lunch. Service was impeccable, friendly and funny. Bartender David told us some great stories about where some of the unusually named drinks come from. (In case you are wondering why they don’t score full points for service, it was the only place I could knock off ‘that’ point I’ve mentioned above.) So if you can’t afford The French, to be able to eat three courses cooked by Simon Rogan’s kitchen for £20 is beyond good value. Go here!