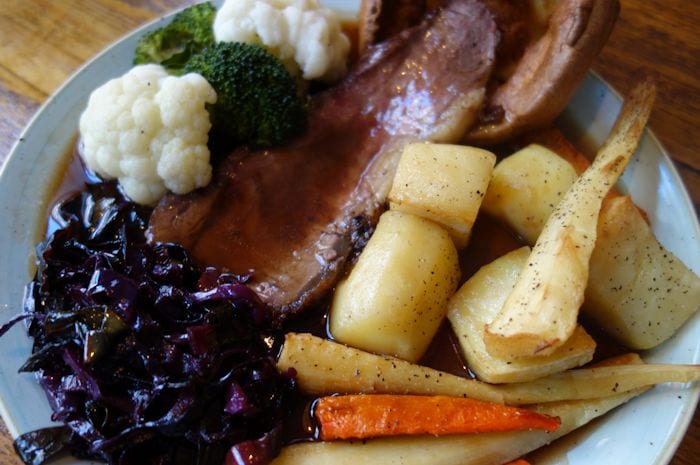 So here we are. Abel Heywood. The last contender in our quest for the best Sunday roast in Manchester. It’s a good job too because I’m  struggling to squeeze into my trousers.  Let’s hope it’s a good’un!

Hydes Brewery opened this gem of a pub just before Christmas two years ago, if I remember rightly. Located just inside the Northern Quarter, it’s named after a former mayor of Manchester who was instrumental in overseeing the construction of the Town Hall and after whom the clock bell is named. Apparently he was no ordinary man and this is no ordinary pub, or so it says on the front of the menus. But is this no ordinary roast? Let’s find out. 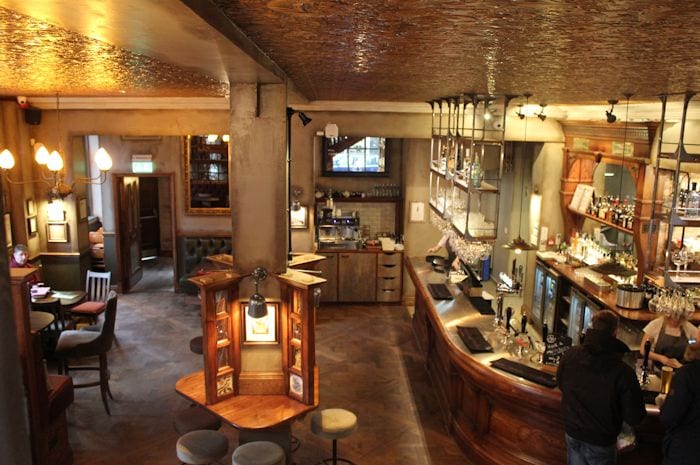 On arrival we were handed three menus – one for food, one for drinks and the September Specials which includes the Sunday roast options. I have to say I prefer to be given just one menu but I understand that, with the demands on each venue and increasing competition, they need to be all things to all people, with different deals and specials on throughout the week. And the menus are rather beautifully presented with quirky facts and titbits that make them a joy to read, so please ignore everything I just said.

There are no set priced deals for two or three courses, so we ordered across menus while we enjoyed our cocktails and mocktails. Mine was a Strawberry Daiquiri (£7), a much longer and more refreshing version of your standard daiquiri with Havana Especial rum, strawberries, lime and cranberry juice. Delicious on this rather warm September Sunday. 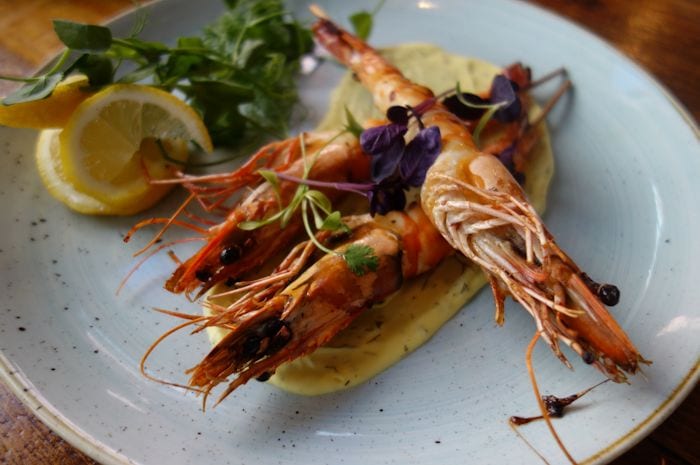 I’m pleased to say that both of our starters were superb. Grilled shell-on tiger prawns (£7.25) were three magnificent specimens of prawn on skewers – loads easier to eat and making us look more refined and tidy in the process. They tasted fresh and juicy, hadn’t been overly messed with, were simple as they should be, and we both loved them. 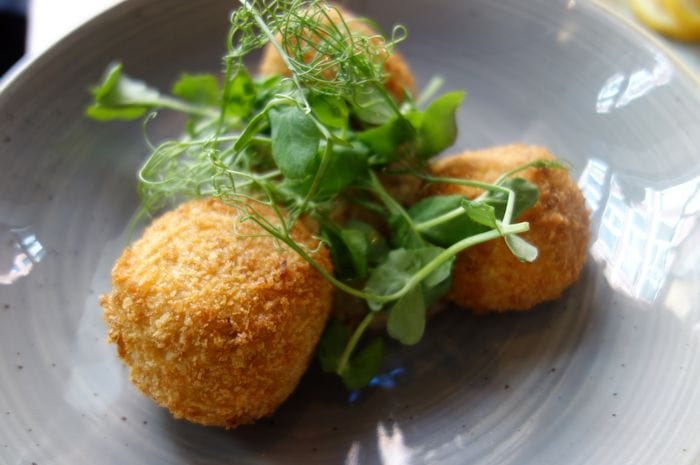 Mrs Kirkham’s Lancashire cheese and ham hock bon-bons (£6.25) were also rather good. Three massive breadcrumbed balls of ham hock and cheese (they like their threes here, rather like Jack White) with rather more ham hock than cheese. Don’t get me wrong, they tasted great. I just wanted Mrs Kirkham’s Lancashire to be the star of the show as it had first billing on the menu.

The accompanying sauerkraut deserves a mention.  I’ve not tried one with chilli before and it worked brilliantly. A good kick there.

For wines we were spoilt for choice as all the wines are served by the glass which is pretty impressive, with six white and six red on offer. We drank the Chablis Victor Berard (£5.60 175ml), not the easiest hurler of a white on its own but with our food a fantastic choice, and the Devil’s Corner Pinot Noir (£5.60 175ml), unfortunately not my favourite of this grape variety.

And so to mains. Roast sirloin of beef (£14.95) and fillet of sea bass (£13.50). I won’t dwell too much on the sea bass as we were there to judge the Sunday roast but it was lovely. A creamy plate of sea saltiness with samphire, cockles, tomato and saffron potatoes.

The roast wasn’t a bad effort but there were a couple of things that let the plate down. Let’s get them out of the way first. Once again it’s the potatoes. They’ve been one of the most frequent problems with the roasts I’ve tried over the competition. They tasted fine, but they weren’t what I would call a proper roastie as there was no crisp exterior or fluffy middle. No crunch whatsoever. They may as well have been boiled. Also the broccoli and the cauliflower were cooked well but they wouldn’t win any points for novelty value and they just didn’t inspire me. Maybe they should throw on some of the Mrs Kirkham’s. On the positive side, the beef was a very good sirloin and cooked medium rare as stated. Yorkshire pudding was light and crisp, plus the carrots and parsnips were rather finely roasted and buttery. Overall we were happy. 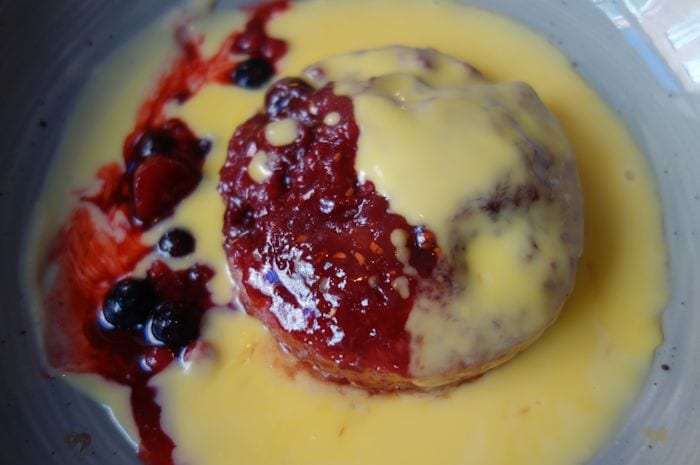 Our shared dessert of Bakewell sponge (£5.25) with hot custard was as good as the  starters. This dessert was the dog’s you know what. If this was a Battle of the Puds it would win hands down. An absolute first class proper pudding with light sponge and the best custard. What a way to go!