Barca star on the way to Etihad? 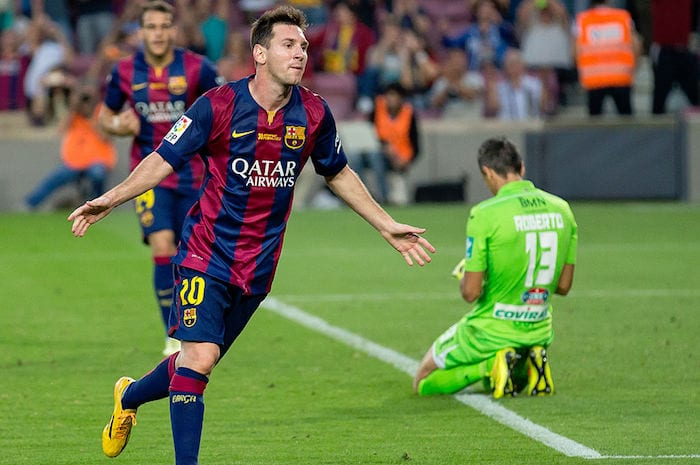 With the transfer window fast approaching and Manchester City already spending big to bolster their defence, we could yet see two big attacking additions.

Barcelona midfield maestro Lionel Messi is understood to be open to a move unless the Spanish giants add to their squad in the coming weeks.

Having previously worked with Pep Guardiola at Barca, there would be a good chance of Messi considering a move to Manchester to join forces with Pep.

According to City’s website, The Daily Express are reporting via Spanish media about the future of Messi.

Bruce Archer writes: “Lionel Messi has an open offer to join Pep Guardiola at Manchester City – and will consider the move if Barcelona don’t improve their squad in the coming days.

“The Argentine wants the club to build a team that will challenge Real Madrid, who won La Liga and the Champions League last season.

“And Don Balon claim Messi will join Manchester City if the Barca board fail to act accordingly.

“It is said City have opened their arms to him and would take him tomorrow, or would also be happy to wait until next summer when he would be available on a free.”

Fellow Argentine and good friend Sergio Aguero, may prove an additional motivation for Messi, who is godfather to Aguero’s son.

The ongoing transfer saga between Arsenal, City and Alexis Sanchez remains in the media, too.

According to The Mirror it would take a bid of £70million to get The Gunners to the table on this one.

John Cross reports: “Wenger is digging his heels in over Sanchez with Manchester City desperate to sign the Arsenal forward before the transfer window shuts.

“City have yet to make a formal bid but talks have taken place as they try to capitalise on Sanchez only having one year left on his current contract.

“It is unlikely City would open with £70m but that would be the figure which may make Arsenal have to have a serious conversation knowing that Sanchez will not sign a new deal.”

Although it’s only speculation at the minute these two signings would make the City starting eleven even scarier than they are already – and the bench even more expensive.

With Manchester United flying out of the gate already this season, either of these additions would generate serious excitement in the Blue half of town. Both would be euphoric.