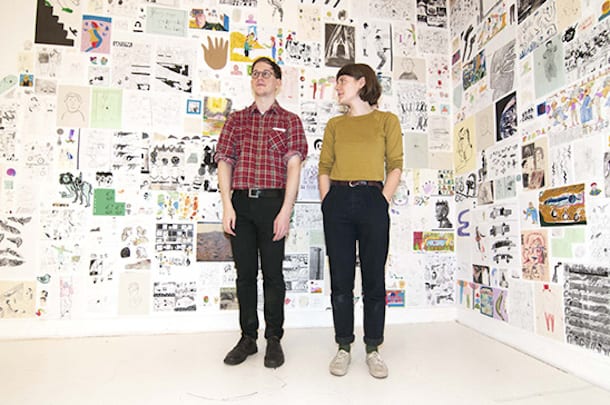 Northern Quarter favourite will be bursting at the seams with a new arts exhibit and a tap takeover on Thursday 29th October. So expect amazing art, brilliant booze and free music all under one roof from 6pm until late, says Emily Oldfield…

The art exhibition has been brewing for some time now. Entitled ‘Frog’s Shadow Reaches The Rock Before The Frog’ and launched by the artistic duo ‘A Woman And A Rodent’ (AWAAR), also known as illustrators Faye Coral Johnson and Mike Redmond – it’s an exhibit where fun is sure to flow. This is cutting edge art at its finest, with the inside of Common becoming the canvas.

Here the artists address the theme of taking the unusual and making it suddenly intimate – with art spreading from brush-tip to table, all over the floors and walls. No place is left untouched. There’s a designated frog room too! Expect dynamic drawings, a chaos of cartoon animals and wall-to-ceiling illustrations as just a small sample of the energy to come! 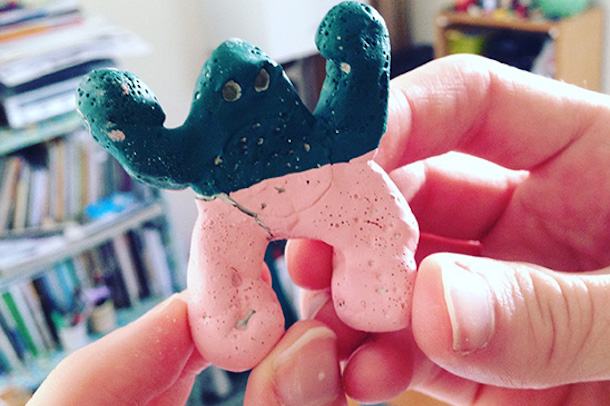 And another thing which has been brewing for plenty of time is the beer! As if art wasn’t enough, Leeds brewery Northern Monk is taking over the taps for the night so you can be sure of exhibition booze of the best grade. Northern Monk is known for the quality of its cask and keg beers and there will be a variety available. This includes the appropriately named cask ale ‘True North’, a 3.7% delight, and keg choices including the lovely ‘Lust’ at 6.8%. You’ll be lusting for a pint too, as this is a strawberry, hibiscus and rose-petal saison and is the last keg ever – so get there early to sample a piece of history! There are some splendid IPAs to be had too, including ‘Eternal’ at 4.1% from the cask and ‘New World’ at 6.2% from the keg. There’s the possibility of free selected samples too, so what’s not to love?

And if that wasn’t enough to whet your appetite, there’s more! As part of the night long extravaganza, self proclaimed ‘future protest singers’ Jessop & Williamson will be dressed in costumes crafted by AWAAR and giving a one-off performance based on the themes of the exhibition.

So get ready for a free night of amazing interactive art, beer and live music all set to take place on Thursday 29th October 2015. The time is 6pm and the place is Common, 39-41 Edge Street, Northern Quarter.

A Woman and A Rodent: awomanandarodent.tumblr.com