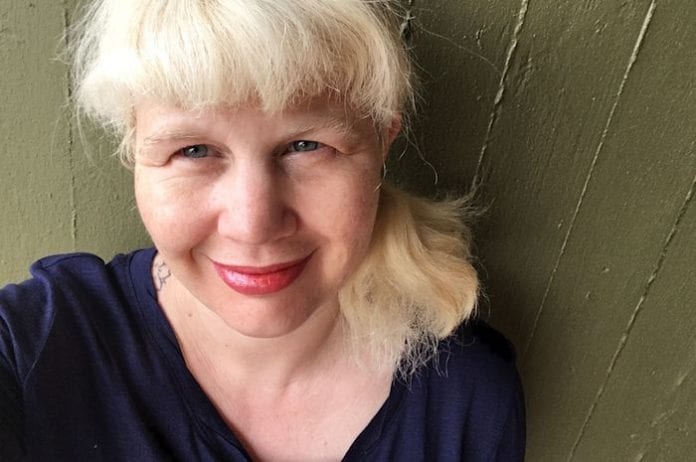 A huge range of events will be taking place across the city from October 7-23 as part of this year’s Manchester Literature Festival – many of them free and family-friendly. We spoke to MLF2016’s co-director Sarah-Jane Roberts to find out more.

What makes Manchester such a significant city for literature?

Manchester is a city with a rich literary heritage of award-winning poets, novelists and playwrights. Walk around and you’ll even some of their faces or words painted onto the side of buildings. The city also boasts a wealth of interesting libraries, literature and creative writing resources, first class degree courses and excellent independent publishers like Carcarnet, Commonword and Comma Press.

Nestled between our World Literature, Literary Reputations, Rising Stars, Literary Walking Tours and events for Young Readers, you will find a whole strand of new commissions. This year, Ben Okri has written a special lecture on the ‘strange art of storytelling’, Deborah Levy has written a personal response to the Fashion & Freedom exhibition, Jane Rogers has written a short story inspired by her residency at The Midland and Jean Sprackland has composed Lock Songs, a new sequence of poems informed by a weekend traveling along the Peak Forest Canal.

Kamila Shamsie has also accepted the challenge to write and deliver our annual Castlefield Manchester Sermon at Manchester Cathedral. We read the first draft recently and it’s a very moving and deeply lyrical sermon that touches on hope, despair, conflict, violence, racism, xenophobia, democracy, Pakistan, Britain and creativity. We feel honoured to work with such brilliant writers and can’t wait to see them read their new work during the Festival.

How has the Festival developed over the last few years?

Manchester Literature Festival grew out of Manchester Poetry Festival so its original focus was showcasing the best poetry and fiction. In recent years, it’s expanded to include conversations with singer-songwriters like Tracey Thorn and Carrie Brownstein, economists like Paul Mason and climate change activists like George Monbiot and Vivienne Westwood. We’ve also made some brilliant new partnerships this year with the British Council and Karachi Literature Festival.

Which events at the Festival are you particularly excited about?

Where do you stand on new and emerging authors?

We feel passionately about supporting emerging writers. Rising Stars is where we showcase authors and spoken word performers who have only published one or two books. This year’s strand includes poets Sarah Howe, Andrew McMillan, Young Identity and Valley Press alongside unique novelists like Eimear McBride, Andrew Michael Hurley, Jenn Ashworth and Garth Greenwell. Between them, they cover everything from queer desire and unrequited love to gothic landscapes, Chinese proverbs and shifting identities.

Who is on your wish list for future Festivals?

Our dream line-up would include seminal authors like Toni Morrison, Orhan Pamuk, Annie Proulx, Chimamanda Ngozi Adichi and Hanif Kureshi alongside leading thinkers and provocateurs like Naomi Klein, Thomas Piketty, Noam Chomsky and Ta-Nehsi Coates. We’d also like to feature more in conversations with some of the world’s finest songwriters, artists and creatives. We’re keen to do bigger commissions and one-off performances too.

How can people to get involved with the literary scene here?

Go see some of the city’s regular live literature nights like Bad Language, The Real Story, The Other Room and Verbose. Here’s where you will discover new writers, meet fellow book lovers and see future award-winners whilst enjoying a drink.

We’d also recommend exploring some of the city’s libraries from The Portico, Chethams and John Rylands to Central Library. The architecture is stunning and between them they house everything from rare first editions to shelves and shelves of ‘Polite Literature.’

For more information and the line-up for MLF2016 http://www.manchesterliteraturefestival.co.uk/ 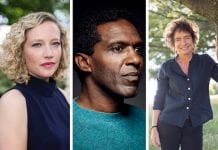 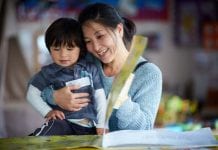 New campaign celebrates the mind-boosting effects of reading for pleasure 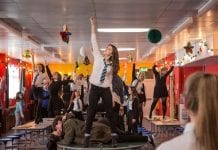 Three to see this weekend: Asian art, horror parts and the story starts