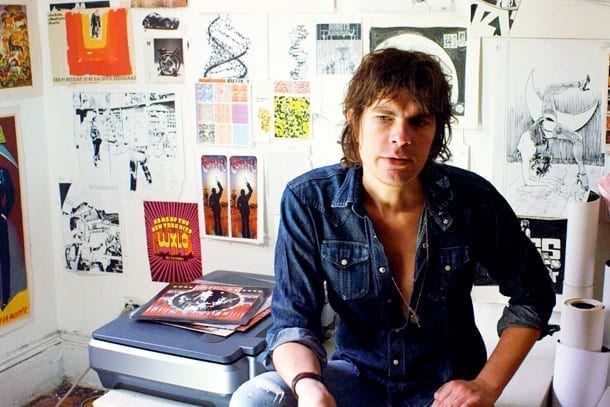 In a rare visit to the UK Paul Pope, the highly acclaimed American comics author and graphic novelist, will embark on an exclusive north of England book signing tour appearing at Travelling Man comic shops in Manchester,York and Leeds in early February.

Paul Pope is widely considered to be one of the best and most influential cartoonists working today. His work includes his initially self-published series THB and Escapo, as well as DC Vertigo series Heavy Liquid and 100% and his electrifying future version of Batman Year 100. His latest release is the all-ages action-thriller Battling Boy from First Second Books and the tie-in comic The Death of Haggard West.

He will travel to Manchester after appearing at the Angouleme International Comics Festival in France – the largest event of its kind in Europe.

Pope has won three Eisner Awards, and his short comic strip Strange Adventures won the coveted National Cartoonist Society’s Reuben Award. In 2010, Pope was recognized as a Master Artist by the American Council of the Arts.