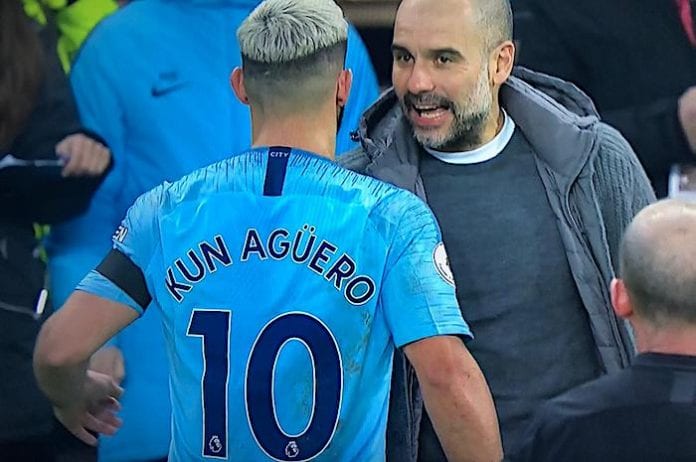 Another win against a top four contender. Another dazzling performance. Another hat-trick. Another record equalled. And another record broken. It can only be that man Sergio Aguero.

Last Sunday saw Aguero net his tenth hat-trick against Arsenal as City swept the Gunners aside with a 3-1 victory. That man-of-the-match performance put him just one hat-trick behind Alan Shearer’s record of eleven.

The Argentine put yet another devastating display in against Chelsea yesterday, adding to his unbelievable stats against the top teams – five out of the eight teams he has scored the most against count as City’s biggest rivals. 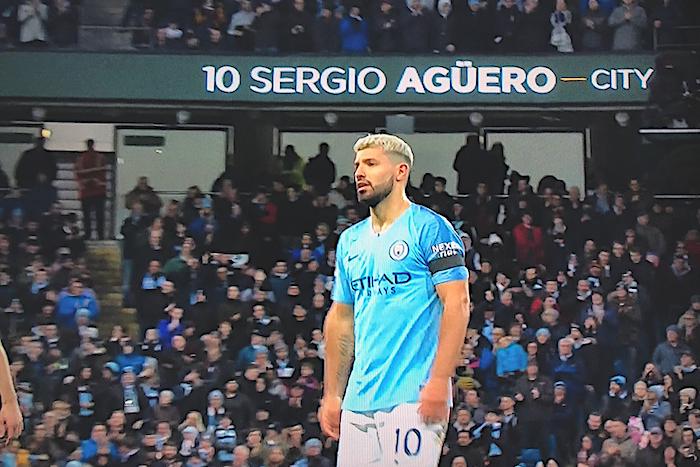 Aguero started the day with 157 Premier League goals to his name. Following a blistering first twenty-five minutes, he walked in at half-time with 159 – although it could quite easily have been more after he missed an absolute sitter at 1-0.

After Raheem Sterling was brought down in the opposition box, the referee pointed to the spot and Aguero stepped up and scored his 160th Premier League goal.

Although that goal didn’t move him up any further in the all time Premier League goal scorers table, it did see him become City’s all-time top league goal scorer, leapfrogging Tommy Johnson and Eric Brook who both have 158.

160 goals in 229 appearances make him one of the deadliest goal scorers in the history of the Premier League, scoring on average every 108 minutes. No other striker with 100 goals or more in the Premier League era has a better goals per minute ratio than the Argentine.

Speaking to City TV after the match, City’s all time top striker felt it was probably one of the best team performances – and Sterling was full of praise for his team-mate.

“Sergio is a player we depend on,” he said. “You saw with his first strike putting the ball in the top corner – you have to cherish players like that.

“It was a terrific performance from the team – the manager set us up and got us ready for the game.

Since making his debut for the Blues, the Argentine striker has played a key part in everything Manchester City have won.

On his debut back in 2011 against Swansea, the commentary team made reference to his price tag stating ‘£35million is a lot of money to repay but he’s only just started’. Fast forward to today and City’s all-time top goalscorer has more than paid for himself.

The Blues now turn their attention to Newport County in the FA Cup, Schalke in the Champions League and Chelsea again in the Carabao Cup Final on February 24th – the day that Manchester United host Liverpool.

If United manage to inflict a defeat or even a draw on Liverpool in that game, by the time  West Ham travel to the Etihad three days later the Blues could be in a much stronger position to continue their attempt at retaining their Premiership title.