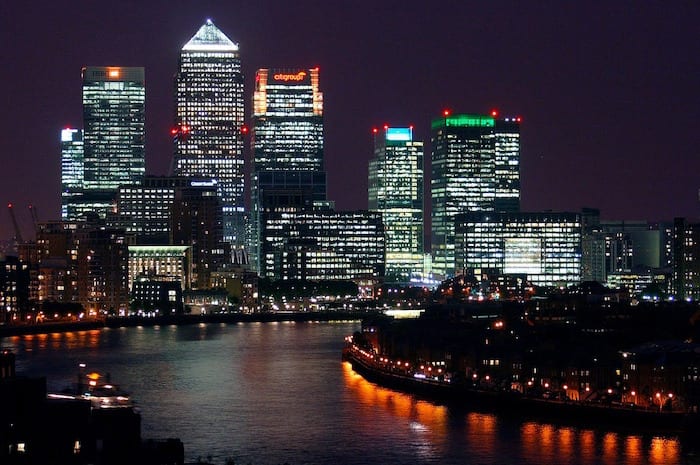 Especially when he likens the scale of the UK’s regional imbalances to the economic chasm between East and West Germany on reunification after the Cold War.

The trouble is that nobody in the country will be remotely surprised by his stark call for “drastic action”, let alone shocked.

People in the north of England know all about it after decade upon decade of economic and infrastructure bias towards London and the south.

And people in the south are not listening because they simply don’t care.

Despite all the hand-wringing and platitudes expressed by successive governments of every hue, there’s been a huge gulf between what they’ve said and what they have actually done.

This isn’t a party political issue. They’re all as guilty as each other.

You only have to look at how London benefited above everywhere else during the Labour years under Tony Blair.

Want a national sports stadium to replace old, crumbling Wembley? Simple, skew the rules so that new Wembley is favoured over Manchester’s superior bid at the staggering cost of three-quarters of a billion quid.

Then to add insult to injury, Labour’s then culture media and sport secretary Chris Smith (who also happened to be minister for London) allowed what was supposed to be an all-sports stadium to omit a running track.

So, when London hosted the 2012 Olympic Games, they had to build another costly stadium.

Then there was the so-called “Millennium Project”. Birmingham submitted a widely admired city centre regeneration scheme, costed at around £100 million. But instead we got the Millennium Dome (now the 02 Arena), which cost a cool £789 million – and nobody knew what to do with it.

The most blatant examples of London’s greed for major infrastructure projects has come in the realm of transport – and all the signs are that the capital will gobble up an even grosser share.

Heathrow Airport got its Terminal 5 and will surely get its third runway. But it’s the trains that betray the north-south bias most of all.

Take Crossrail, running west to east across London, at least three years late and £3 billion over budget. Does anyone bat an eyelid? Not likely – for that may have jeopardised London’s bid for the north-south running Crossrail 2 which was given the go-ahead within days of transport secretary Chris ‘Failing’ Grayling suspending critical rail improvements in the north of England.

Important electrification schemes have been put on hold or completely scrapped and, crucially, tackling the worst bottle neck in the whole of the UK’s rail network – the line though Oxford Road and Piccadilly stations in Manchester – is left in limbo.

And as we all know, the vultures are circling the proposed London-Birmingham-Manchester high speed link, HS2.

According to Lord Kerslake’s preliminary report – the final version is due next January – more than half the UK’s future job growth will go to London, worsening a situation where people and businesses in the north miss out on the benefits of growth.

Meanwhile, one in four children live in the most deprived areas, where healthy life expectancy is 19 years lower than the most affluent areas due to economic under-performance and lack of access to opportunity, leading to a growing benefits bill and a £4.8bn annual cost to the NHS caused by poorer health.

Lord Kerslake said: “The UK’s regional inequalities are well-known and there have been many well-intentioned efforts to address them.

“Despite these initiatives, these inequalities are widening, and our inquiry suggests that most policy responses have been like pea-shooters or sticking plasters – too small, short-lived or disjointed to have a lasting impact.”

He called for super regional development agencies. But RDAs, created under Blair, had little impact and have been abolished.

Attitudes have to change before any real impact on the north-south divide is attainable. Look at the reaction to the BBC establishing a significant presence in Media City. Many staff refused to move; much of the London media bleated about it being a waste of money.

It’s been argued that London’s stranglehold could be broken by relocating the capital, the government and all that goes with it, to Manchester. Are they having a laugh?

Perhaps we might have to wait until living costs and congestion in London become intolerable and the penny drops that the north is not in a faraway galaxy but two hours away (or less by HS2).

But don’t hold your breath.