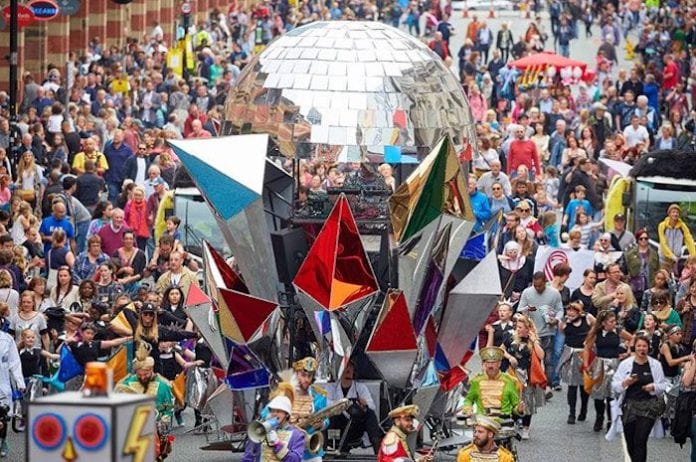 The deadline for being part of this year’s Manchester Day celebrations has been extended until Monday, 13 February so there’s still time for both community organisations and individuals to get involved.

Manchester Day brings together diverse communities from across the city to celebrate what it means to live and work in such a brilliant and iconic place, and it’s back for 2017 with a promise that one of the biggest street parties in the country is set to get even bigger.

The deadline for getting involved in the festivities has been extended until Monday, 13 February so there’s still time for both community organisations and individuals to get stuck in.

We love it so much that I Love MCR is one of the sponsors of this special celebratory event that is engaging more than 2,000 people in the planning stages. We believe sponsorship of this unmissable regional event presents a fantastic opportunity for businesses and other organisations to celebrate their relationship with Manchester people and the city.

When the big day arrives on Sunday, 18th June, more than 60,000 people are expected to line the streets of the city centre to watch the centrepiece mile-long parade that will take an hour to pass any fixed point.

The theme for 2017 is Abracadabra and will be based on the magic of science – an innovative and exciting way for Manchester to celebrate its cutting edge achievements in science and technology over the last three centuries, from railways to graphene and aerospace to computers. Participants are invited to ‘defy expectations and conjure up a wonderful vision of the magic of Manchester’.

Mancunians love to party. Even though we lost, it was the celebrations in Castlefield on the night of the city’s bid to stage the 2000 Olympic Games that inspired the ambition to host the Commonwealth Games. And in the years following the IRA bomb attack in 1996, there were festivities every time a significant part of the renewed and rebuilt city centre was reopened.

Manchester city council and event producers Walk the Plank  are confident that this year’s celebration of all things Mancunian – the eighth Manchester Day – will outstrip the 2016 event that saw more than 100 local charities, community groups and businesses generate a fantastic party atmosphere on the city centre’s streets.

Individuals seeking to get involved who are not part of community groups can join the ‘Wow Crowd’ and work with others on collaborative projects either as part of the parade or fulfil vital backstage roles.

Pat Karney, the town hall’s city centre boss, has described Manchester Day as ‘a colossal red letter day’ for families and residents and visitors to the city.

Liz Pugh, Walk the Plank co-founder and Manchester Day producer, says: “This year we’ll be daring you to take your imaginations as far as they can go as we transform the city centre streets and squares in to a visual feast of tricks, alchemy and invention. Once again our community groups will be working with artists to magic up fantastic parade floats, costumes and choreography, so make sure you have the 18th June in your diary.”

As well as the main parade, Manchester’s iconic squares will be alive with a dazzling array of performers, decorations and food and drink stalls. 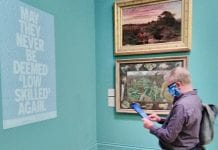