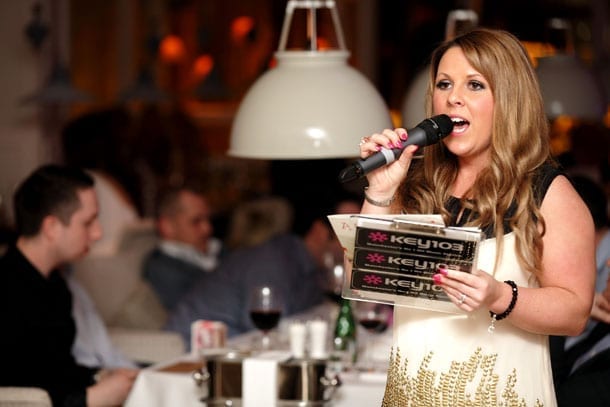 There were many women expressing and sharing their excitement about something ‘going down’ at Australasia last night. The Living Ventures’ Spinningfields restaurant, held a very “pink” event to celebrate the company’s support of Breast Cancer Care. The event was the culmination of a year’s fundraising for the charity across the group, taking the total raised to over £25k

The venue brought a ‘Journey through Australasia’ to the guests on the night, who included Coronation Street’s Cath Tyldesley. Hosted by Key 103′s Chelsea Norris, whose sunny dispostion perfectly suited the night’s proceedings, the event was based on the idea of taking a glamourous around -the-world trip. Guests were presented with airline tickets and inflight brochures featuring a four wave menu, designed to take them on a journey through the influences and inspirations behind the restaurant, starting in an English Country Garden created by Cheshire Cat Events and Red Floral Architecture, before boarding the flight to Japan to sample delectable sushi, then onto Sydney to enjoy treats from the robata grill. The final two legs of the tour involved delicacies from Thailand and then back to Europe for dessert. 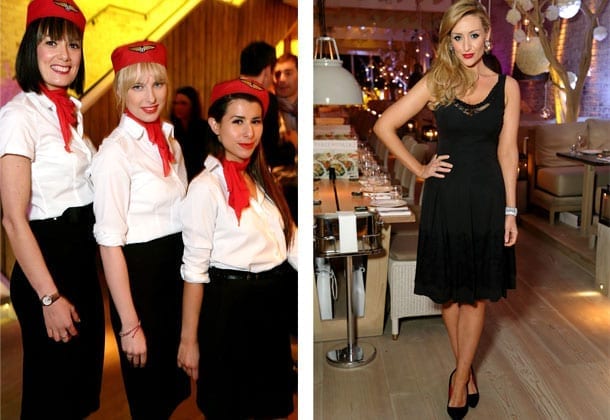 The event brought some much needed sunshine to the exclusive guests on the night, as they braved the Manchester freeze to take a trip downunder.