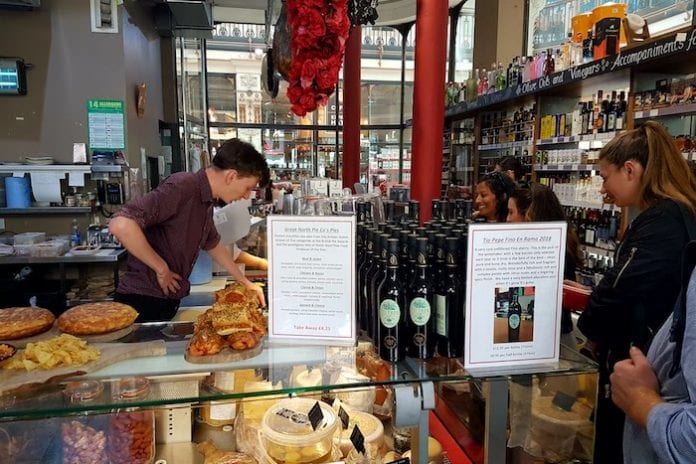 It’s no secret. Manchester’s fast becoming one of the nation’s favourite foodie destinations. An array of restaurants and bars appealing to all pockets and preferences are continuously cropping up, along with independent delis and street vendors showcasing regional produce.

It’s hard to keep up, even if you’re local.

It’s no wonder then food and drink tours are proving increasingly popular. They provide visitors the chance to get a flavour of the city in a short amount of time and allow Manchester natives the opportunity to delve into hidden gems on their doorstep.

Here’s our guide to some of the most flavoursome and informative options to get your teeth into.

The Scranchester Tour is a multi-stop walking tour led by local lad Rob Kelly, a self-confessed “food nerd” who used to work at the city’s information office. He now combines his passion for Manchester’s rich history with an appetite for indulgent treats.

He’s keen to keep the locations under wraps but there are eight stops in total, starting in the Northern Quarter. Along the route, you’ll find out about Manchester’s remarkable history, from the Victorian mill workers to the Italian families of Ancoats and, wherever possible, the nuggets of information relate back to food.

“It’s nothing too heavy, just to give a bit of context to the food we’re trying,” says Rob, who also challenges people to take the ‘super taster’ test.

“A good way of learning about Manchester’s past and present is through its food. The way its food and drink scene has developed has been alongside a lot of other things, from its industrial roots to its culture and arts, so it’s a way of getting a flavour of the city with some food and drink in the process.” 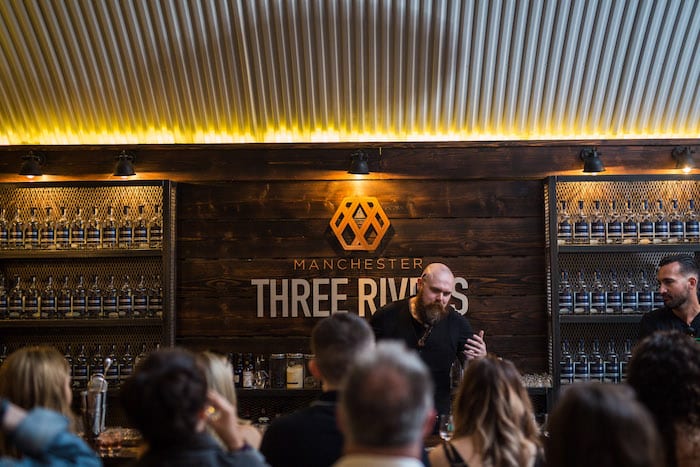 If you’re tempted by the idea of a tour but put off by the idea of using your own two feet to get around, then why not choose four wheels instead. The Gin Journey’s a chauffeured experience or, as the company’s founder Leon Dalloway puts it, “a posh bar crawl” in a designated minibus.

“You go to five bars, including a distillery,” explains Leon, a former bartender who lived in Manchester for nine years.

“In each bar, you get a sample of gin and learn about that gin from the tour’s Gin Guardian. You’ll also get a cocktail with the gin you sample in each bar. It’s just about creating an awesome event where people are pretty merry by the end of it. Being British, people rock up to the first bar with a little bit of awkwardness but by the third bar they’re all best mates having a good chinwag.”

Manchester’s Gin Guardian is usually Jono, “an expert on the city as well as gin so you can fire any questions you have to him,” says Leon. They’re branching out, too, hosting  Sunday Brunch tours on Bank Holidays next year.

The Gin Journey Manchester begins at 2pm on Saturdays, priced £60. 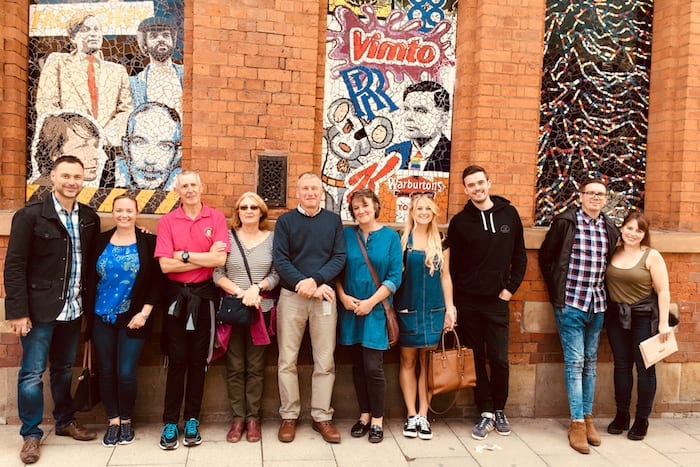 John Ryan is a qualified green badge tour guide who was inspired to set up Manchester Food Walks five years ago after his experiences in the States.

“I’d been on food walks in New York and Seattle and thought that would work in Manchester because we’ve got such a great range of mid-end street food and restaurants opening,” he says.

“If I can stop someone going into Bella Pasta and trying somewhere different – a non-chain, local Manchester brand – as a result of a food walk, I’ve won. That’s what we’re about. Trying to promote the independent food scene and getting people to try something a bit different.”

There are two walks. There’s the Northern Quarter Taster Walk on Saturdays which combines culture, history and cuisine. The walk includes small plates at five different locations with insights into the likes of Afflecks, the Arndale and public art, so it’s “like a roving lunch,” says John. “We walk around, sharing stories of how the Northern Quarter came to be and how it was before.”

On Sundays, there’s the Slice of Manchester Pizza Walk. “I thought with the pizza resurgence in Manchester in the last couple of years there would be value in a pizza walk. It’s a cheaper walk but we do a little bit of city history and go to three very different pizza locations.” 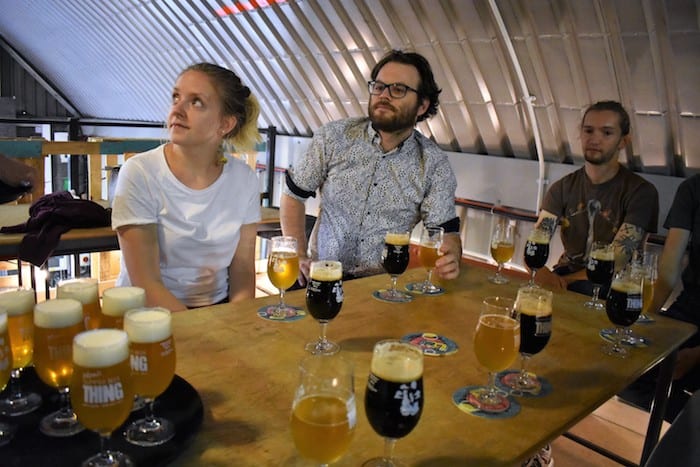 Given the craft beer scene is booming in Manchester, Lee Brooks presumed there were plenty of tours already underway in the city.

“I did craft beer tours in other cities in Europe, which were amazing,” he says. “Knowing there are some brilliant microbreweries and produce in Manchester, I thought someone would be doing it already. When I realised there wasn’t a lot out there, I thought we need to do this.”

The tours, run by Lee and his mate Fred Halliwell, are hosted on Saturday afternoons, beginning at Port Street Beer House and includes 10 craft beer tastings.

“We go to a range of microbreweries and craft beer houses in the city,” says Lee. “Some of them are as local as you can get as they’re brewed right in front of you and some of the beer houses we go to specialise in beer from the local area so we’re all about pushing the local produce from Manchester and there’s so much of it.”

Lee also provides snippets about the city, particularly its industrial past. “Some of the areas we walk through have been really regenerated and unrecognisable from 100 years ago.” In addition, 50p from every ticket goes to Big Change Manchester, which has been set up to provide support for the homeless.

“We feel as we’re walking the streets of Manchester we should give something back,” says Lee. “We really want to support local industry and local people.”