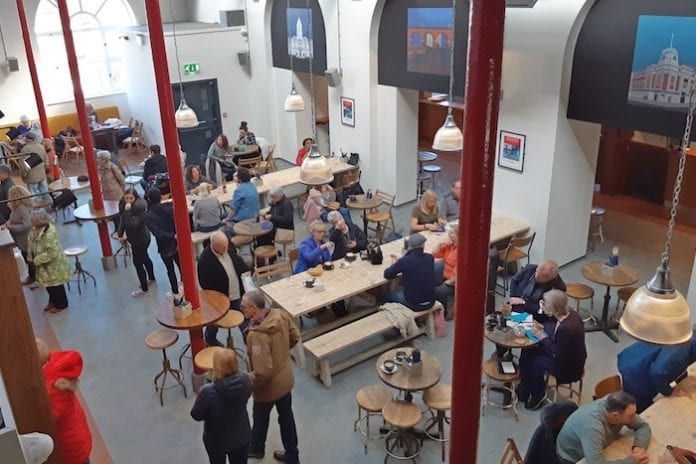 With the official opening of the Produce Hall in the town’s historic Market Place, Stockport has joined the drive towards using food and drink as a means of boosting the local economy.

Inspired by the success of the Victorian Market House in Altrincham, which has transformed the fortunes of the Trafford town, followed by the regeneration of the 19th century Mackie Mayor building in Manchester’s Northern Quarter, Produce Hall appears to have hit the ground running.

Operator Steve Pilling, one of the most recognisable figures in the vanguard of the hospitality sector in Manchester and Salford for a quarter of a century, declared himself  “well chuffed” when the Grade II Listed building, dating from the middle of the 1800s, opened its doors to the public on 2nd April.

Produce Hall hosted fish and meat markets, cheese stalls, sweet shops and even a public library over the years. Now, nearly a dozen independent food and drink outlets have opened to service the venue’s 150 covers in a communal setting similar, though on a smaller scale, to Alty market and Mackie Mayor. 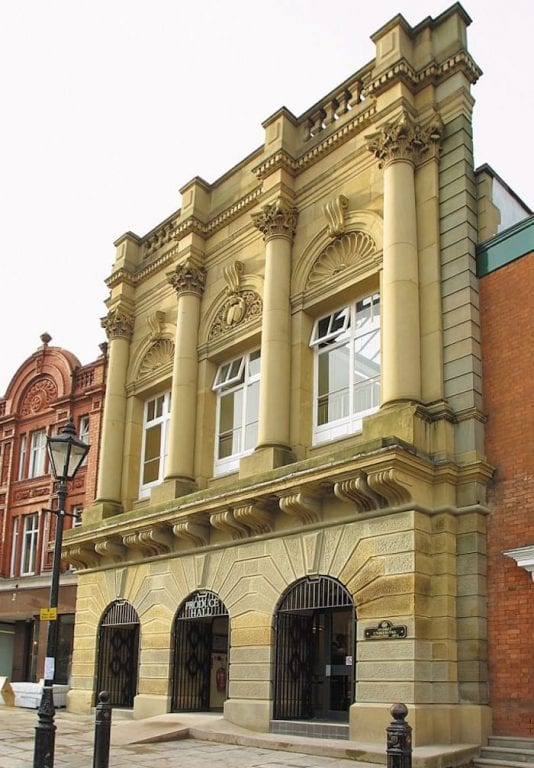 Said Steve: “We’ve tried to maintain as many original features in the building as possible whilst instating all of the 21st century amenities expected in a modern food hall experience.

“Its classical facade still stands strong amongst its architecturally diverse neighbours and we’re proud to join its long list of residents focused on preserving Stockport’s history of a community market town.”

Produce Hall is a key piece in the £7 million regeneration jigsaw taking place in Stockport’s rapidly emerging “Old Town”, surrounding the magnificent glass and cast iron market hall, the parish church of St Mary’s, partly dating back to the early 1300s, revitalised pubs like Bakers Vaults, the Angel and the Boar’s Head, the Mobberley Brewhouse’s Project 53 gin, beer and pizza bar and the independent traders in the historic Underbanks.

Though the council’s choice of Steve as Produce Hall operator was controversial, he is confident that not only can he and his rivals in the bidding process – the family behind Stockport’s hugely successful ‘Foodie Fridays’ – co-exist, but prove mutually beneficial. 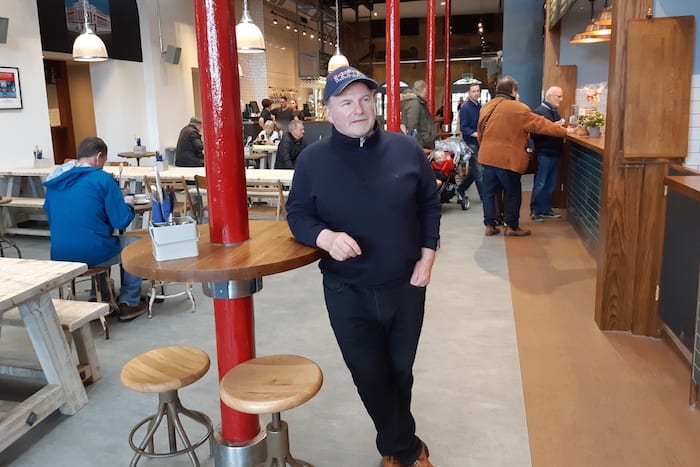 The popularity of the so-called  ‘soft’ opening of the  Produce Hall, four days before the official launch, took operators by surprise. Only the bar was open, but an estimated 5,000 people turned up; they ran out of beer.

But hungry and thirsty Stopfordians have had to wait. The transformation of the Produce Hall had been due for completion before Christmas but was subjected to delays. Even at the official opening, work was continuing on creating the outdoor seating area projecting into the cobbled Market Place.

It’s a situation unlikely to be repeated, for the functional bar features more than 50 craft beers brewed in the local area and beyond, with 18 kegs immediately on tap and 54 available on rotation.

Fans of Alty Market and Mackie Mayor are in for a very peasant surprise – prices at Produce hall are significantly lower: £4.95 for half a roast chicken, sauces £1 and sides for £2; tapas starting at £3; pies for £3; pizza straight from the oven at  £6.50; and fish and chips for £9.50.

Coming soon are Cambodian specialities, Tel Aviv hummus, Chapatti Corner and, according to Steve (and with a nod towards one of Stockport’s most famous sons), Chicken Fred Perry Perry.

All this against a contemporary background of cast iron pillars picked out in the colours of the Market Hall opposite, local scenes painted by local artist Eamonn Murphy and an eclectic mix of trestle and round tables, odd chairs and stools. A new spiral staircase leads to a mezzanine floor above the main dining hall.

Steve is confident that Stockport – soon to be subject of a major Mayoral Development Corporation regeneration project – is on the rise.

“Seven minutes from Manchester and rents 60 per cent cheaper. What’s not to like?”

The Produce Hall, Market Place, Stockport, is open from 11am – 11pm, Tuesday to Sunday. Closed Mondays. 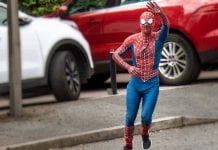 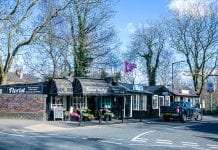